Accessibility links
'Justice Will Be Done,' Pentagon Official Says Of Afghan Massacre : The Two-Way On Capitol Hill, lawmakers are hearing about the ripple effects on the mission in Afghanistan from the murders of 16 civilians, allegedly by a U.S. Army staff sergeant.

'Justice Will Be Done,' Pentagon Official Says Of Afghan Massacre

'Justice Will Be Done,' Pentagon Official Says Of Afghan Massacre

The "horrific killings" this month of 16 Afghan civilians, allegedly by a U.S. Army staff sergeant, will be fully investigated and "justice will be done," a top Pentagon official just told the House Armed Services Committee.

James Miller, the acting defense undersecretary for policy, is the first of two witnesses briefing the lawmakers on "recent developments in Afghanistan," including that massacre. He's to be followed by Gen. John Allen, the top U.S. commander in Afghanistan. We'll update this post with news from the hearing.

C-SPAN is webcasting the hearing here.

Here's how The Associated Press starts its latest story on the hearing:

"Facing a skeptical Congress, the top commander in Afghanistan insisted on Tuesday that the United States is winding down the decade-plus war and has no intention to remain in the country indefinitely. 'There is no part of our strategy that intends to stay in Afghanistan forever,' Marine Gen. John Allen told the House Armed Services Committee. It was his first congressional appearance since a U.S. soldier's alleged massacre of Afghan civilians and the burning of Qurans by American forces dealt severe setbacks to the fragile U.S.-Afghanistan relationship."

A "stable Afghanistan" and the continued "hot pursuit of al-Qaida" make the U.S. safer, Allen says after another question about the reason for U.S. troops to still be in that central Asian nation.

Update at 10:46 a.m. ET. Afghan Voices Should Be Encouraged To Speak Out, Allen Says: 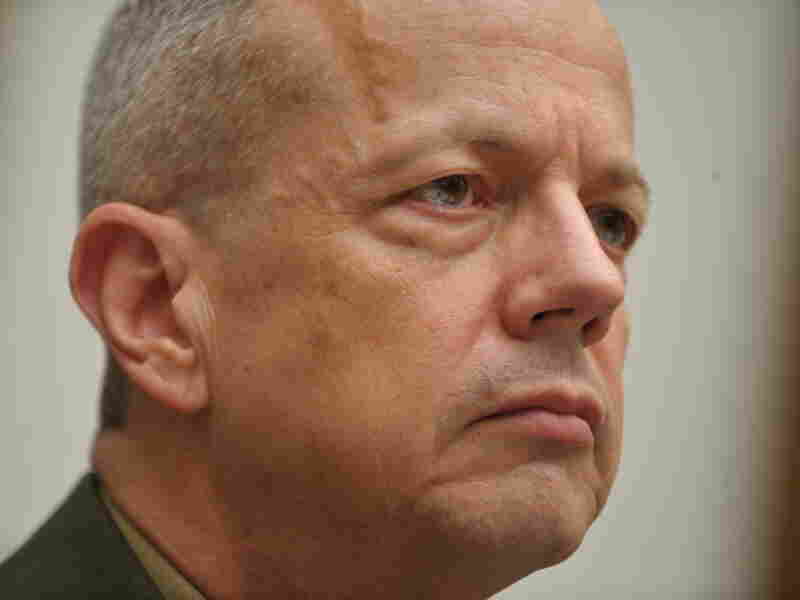 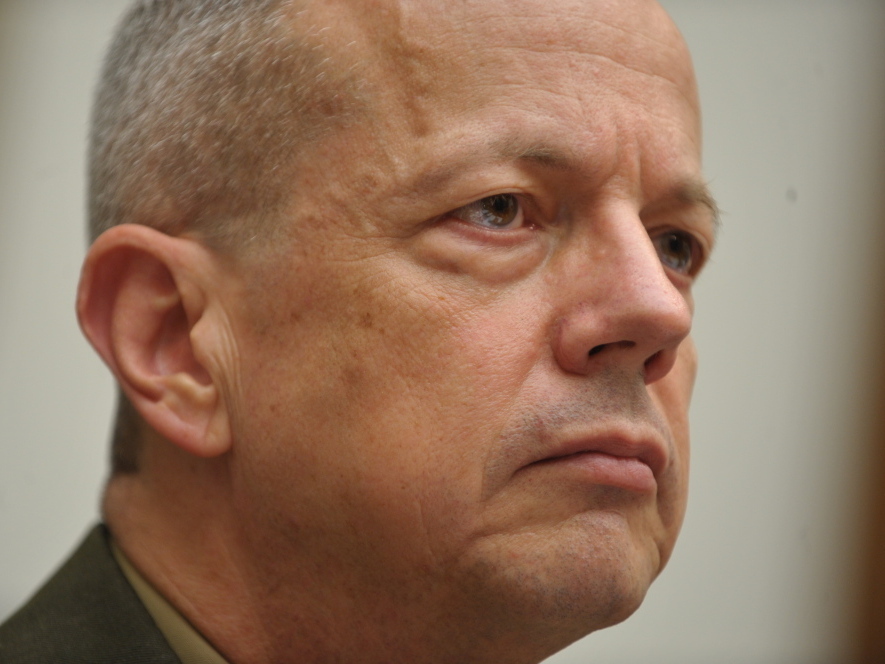 Afghan President Hamid Karzai has been sharply critical of U.S. actions in recent weeks. Allen says "the Afghan government is on a path toward sovereignty ... and we should encourage the voices of sovereignty."

Asked about a March 13 New York Times report that there is "a growing belief within the White House that the mission [in Afghanistan] has now reached the point of diminishing returns," Allen says "I don't agree with the article." He cites the growing size of the Afghan security forces and gains in bringing stability to what had been restive areas of the nation.

Afghan security forces "are truly emerging as the defeat mechanism" that will prevent a full resurgence of the Taliban, Allen says as he continues his opening statement.

Despite anger in Afghanistan over the recent burning of some Qurans by U.S. personnel and the murders of the civilians, "I assure you, the relationship between the coalition and our Afghan security forces remains strong," Allen says in his opening comments.