Accessibility links
NFL Slams Saints Over 'Bountygate;' Coach Suspended For 2012 Season : The Two-Way New Orleans Saints head coach Sean Payton has been "suspended for one season without pay for his involvement in the team's bounty program," NFL.com reports. Gregg Williams, the assistant who ran the program, has been suspended indefinitely. 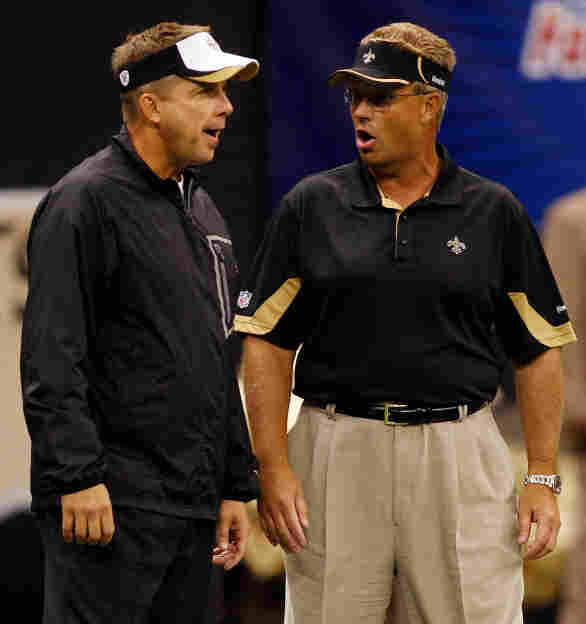 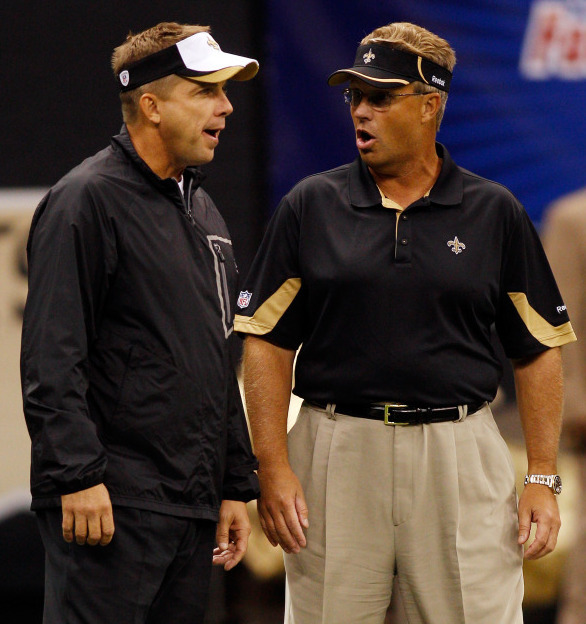 New Orleans Saints head coach Sean Payton has been "suspended for one season without pay for his involvement in the team's bounty program," NFL.com reports.

The team's former defensive coordinator, Gregg Williams, "has been suspended indefinitely." He ran the program that paid players bounties for hits that knocked opponents out of games. Williams left the Saints after last season to join the St. Louis Rams.

And Saints general manager Mickey Loomis "has been suspended for eight games."

Need to catch up on what bountygate, a scandal that has rocked the NFL, is all about? Sports Illustrated has a lengthy look here.

Update at 2 p.m. ET. More On The Penalities, And A Question:

From New Orleans, The Times Picayune notes that "in addition, assistant head coach and linebackers coach Joe Vitt was suspended for 6 games without pay, meaning the Saints coaching staff will be in shambles for the upcoming campaign."

And it adds that:

"The punishments come against a backdrop of looming litigation. A growing number of players have filed lawsuits against the NFL and various equipment makers, alleging the parties were insufficiently diligent in making player safety a priority. [League Commissioner Roger] Goodell has made it clear he wants player safety to be a hallmark of his time as commissioner, pushing for rules changes that protect players on the field and levying heavy fines against players for hits ruled too savage."

Note: That's not a scientific survey of public opinion. It's just a question.