Accessibility links
Gingrich: Some 'Brand New Players' Might Emerge At GOP Convention : The Two-Way The former House speaker also says there's no reason for him to exit the race for the Republican presidential nomination. He has doubts about whether Mitt Romney will have enough delegates to be the nominee before the party's August convention. 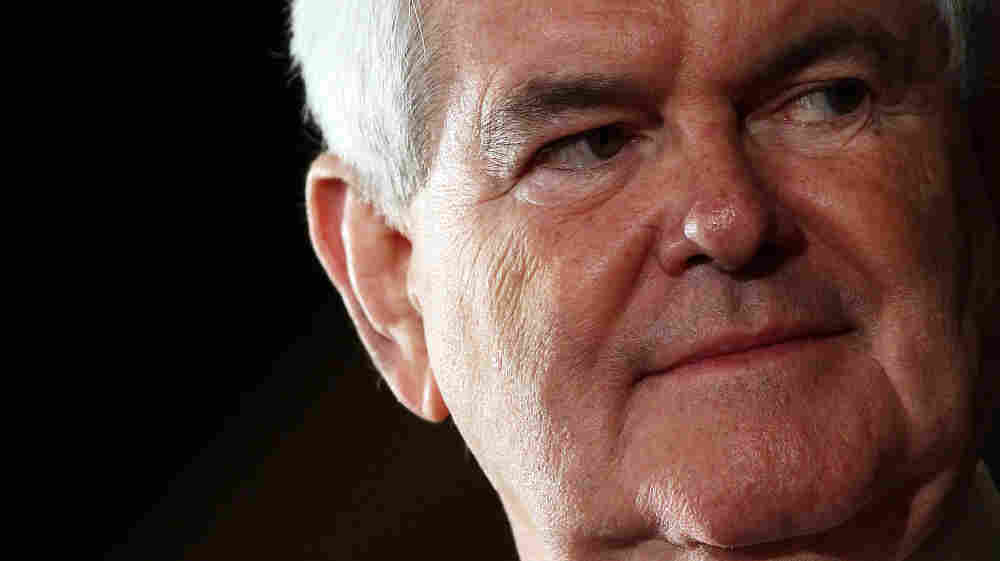 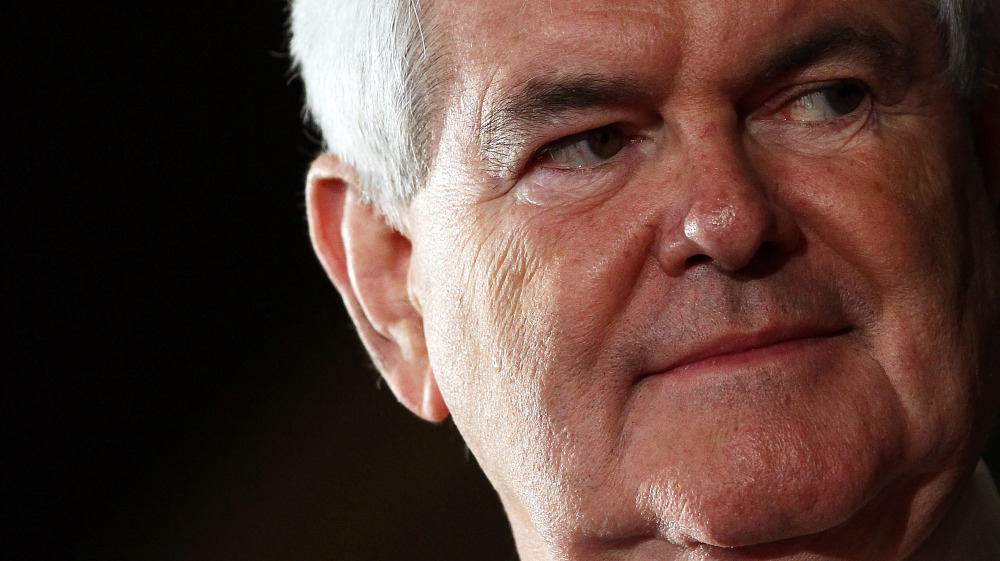 Saying that Mitt Romney may not be able to "grind his way toward the nomination" despite a huge fundraising advantage, former House Speaker Newt Gingrich told NPR today that he sees no reason to exit the Republican presidential race and that there's a chance of a new contender emerging at the party's convention in August.

"I'm not so sure you wouldn't get a series of brand new players" stepping forward during a brokered convention, he told Morning Edition co-host Steve Inskeep.

Or, he said, he might emerge as the convention's choice. Gingrich said he expects to end the primary season with the third most delegates — with Romney at No. 1 and Rick Santorum at No. 2.

Gingrich also repeated criticisms he has leveled at Romney throughout the campaign. First, that "conservative voters are deeply worried about Gov. Romney." Second, that if the former Massachusetts governor is heavily outspending his GOP rivals and "is barely winning" in the battle for the nomination, there's "no reason to think Romney is going to with the general election" against President Obama.

More from the interview is due on Thursday's broadcast of the show. We'll add the as-broadcast version of Steve's conversation with the former House speaker to the top of this post after it airs. Click here to find an NPR station that broadcasts or streams the show.

For much more coverage of the 2012 presidential campaign, check our Elections 2012 page.