Accessibility links
Americans Want The Supreme Court To Open Up; Here's Why It Won't : The Two-Way While polls show most Americans would like the court to televise its proceedings, the justices have long been worried that what they say and do could be taken out of context. And they haven't been impressed by what's happened to other institutions.

Americans Want The Supreme Court To Open Up; Here's Why It Won't

Americans Want The Supreme Court To Open Up; Here's Why It Won't 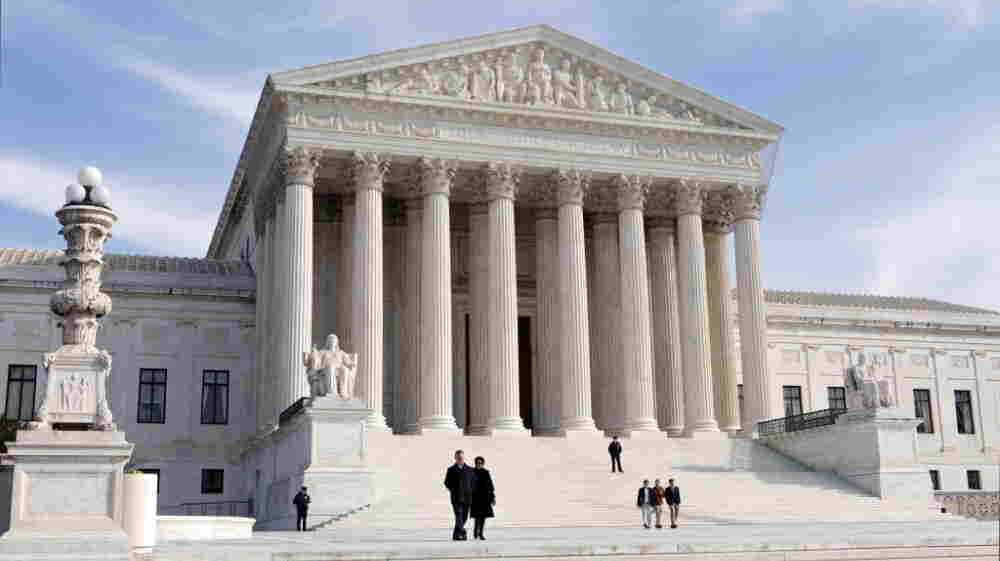 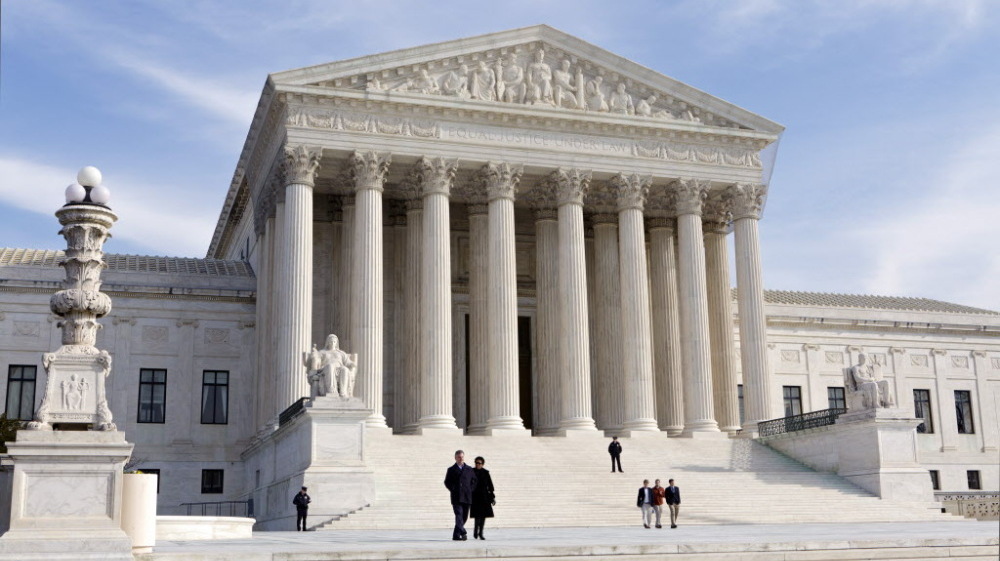 It's a perfect political storm: an issue that affects everyone and has deeply divided the major political parties coming before the nine justices smack in the middle of a presidential campaign.

Much is riding on what the justices decide. Their rulings are expected by the end of June.

But we won't be able to report about each day's proceeding next week until it's over. The court doesn't allow TV cameras, doesn't allow radio broadcasts and doesn't allow members of the press or public who are in the courtroom to tweet, email or otherwise contact the outside world while the sessions are underway.

The concession to the modern media world that the court has made for these cases is to agree that an audio recording of each morning's session will be posted on its website by mid-afternoon of the same day. That's what the justices also did the day of their Bush vs. Gore decision in 2000.

C-SPAN, which has long been pushing the court to open its proceedings to the news media, on Friday released results of a new national poll it commissioned. Of the 1,000 adults surveyed:

-- 95 percent "strongly" or "somewhat" agreed that "workings of the Supreme Court should be more open and transparent."

-- 74 percent strongly or somewhat agreed that all oral arguments should be televised.

NPR legal affairs correspondent Nina Totenberg sat down with this blogger on Friday to talk about why the court doesn't allow more sun to shine on its proceedings and the effects its rules have on news coverage.

The plan for next week, she said, is to have the audio from the morning sessions on each of the three days posted on the court's website by around 2 p.m. ET. There's also an afternoon session on Wednesday, and audio from that is scheduled to be posted by 4 p.m. ET.

But, as Nina pointed out, the news media and the public will both be coming to the court's website to listen and she worried that "it could crash." There is no backup system, she said, "but the court insists that it ... can do this and that it will manage."

Nina Totenberg, on the timing of the tapes

So, what are the justices' concerns about "live" coverage?

While a few justices likely want the court to be more open, perhaps even to televise its proceedings, Nina said that has not been the majority opinion — and that if even one justice objects, no changes will be made. Top on the list of worries, Nina told me, is being "taken out of context."

"Justices ask questions that may be very adversarial, very prickly, even nasty," she said, and "may not even reflect their point of view — but they're pressing a point to see what the [legal] counsel is going to say." Some worry that live coverage or quick analysis would lead to mistaken impressions.

They've watched as TV coverage of Congress, in many people's opinion, has led to grandstanding and a decline in the quality of debate. They also view their job as being to analyze the law, not respond to popular opinion — and believe that putting recording of their sessions on the Web at the end of each week is enough, especially when the written opinions they eventually issue are very detailed about what they've concluded.

And, said Nina, "if they were on television they would be much more recognizable and probably would need much more security, which would mean they were much more in a bubble."

Nina Totenberg, on the justices' thinking

Clearly, as Nina pointed out, the court hasn't fully connected to the modern media world. It's even set things up for next week so that reporters will have to deal with some difficult logistics to get their jobs done. Those who are there to report about opinions expected to be released about cases will have to navigate through their colleagues who are there for the health care cases.

"I'm just going to stick where I am," Nina said about her plan for covering the news.

"I'm in that seat. I'm going to the bathroom first and then I'm going to sit there for two hours or probably three. ... I'll make sure that I can manage three hours," she added with a laugh.

Nina Totenberg on the court's disconnect

She is looking forward to it all. "But I have to tell you, in all truth," she said, that "I'm scared also."

On the rare days when court recordings are made available, Nina said, "it is much more challenging than getting tape [from] a congressional hearing where the whole idea is to communicate to the public." All the justices are doing, is "communicating with each other and counsel and it's a whole different language they speak. ... I become incredibly apprehensive about whether I can execute the task in the amount of time that I've got."

Nina Totenberg, on looking forward to the sessions