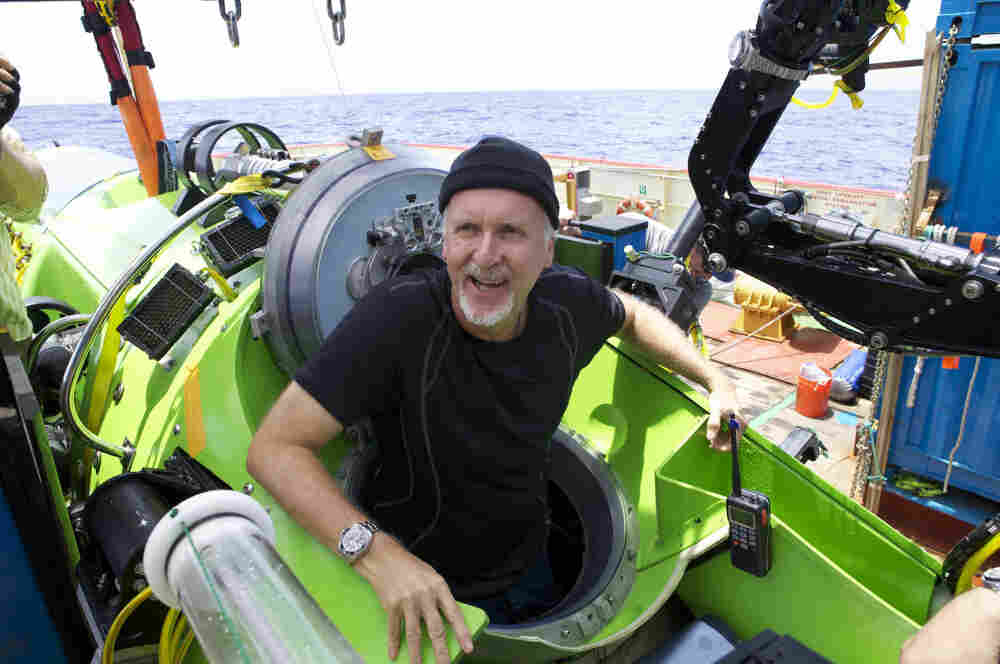 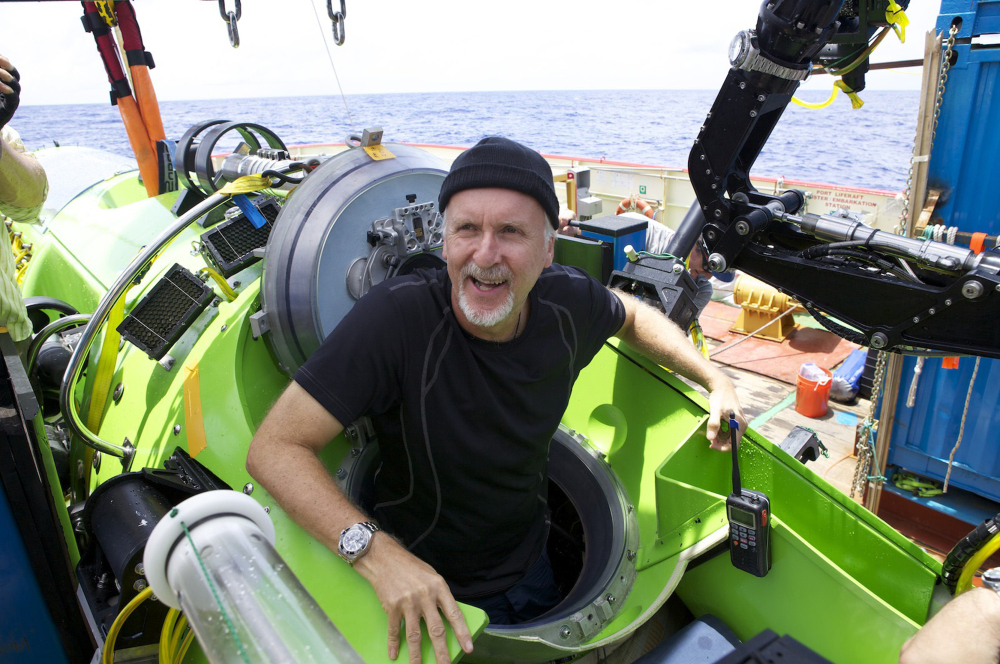 Explorer James Cameron emerges from the Deepsea Challenger submersible after his successful solo dive to the Mariana Trench.

The filmmaker James Cameron just completed the first solo dive to the deepest part of the ocean.

As we reported, the Challenger Deep, near Guam, is 6.83 miles underneath the water's surface and had only been visited once before in 1960.

When Cameron emerged, National Geographic reports, he said the abyss "looks as bleak and barren as the moon."

The AP was also there when Cameron emerged.

"When I came down, landed, it was very, very soft, almost gelatinous, a flat plain, almost featureless plain, and it just went out of sight as far as I could see," Cameron said during a press conference on the megayacht Octopus, owned by Microsoft co-founder Paul G. Allen.

"The impression to me, it was very lunar, a very desolate place, very isolated," Cameron said, according to the AP. "My feeling was one of complete isolation from all of humanity. I felt like I had literally in the space of one day gone to another planet and come back."

Science Daily reminds us of how this happened:

"The submersible was launched into the Pacific Ocean some 200 miles (322 km) southwest of Guam on Monday, March 26, at 5:15 a.m., local Guam time (Sunday, March 25, at 3:15 p.m., Eastern Time). The voyage down to the "Challenger Deep" took two hours and 36 minutes. Cameron resurfaced at 12 noon local Guam time on Monday, March 26 (10 p.m. Eastern Time on Sunday, March 25). The submersible — the result of a more-than-seven-year engineering effort — stayed on the bottom for about three hours as Cameron collected samples for research in marine biology, microbiology, astrobiology, marine geology and geophysics. Cameron also captured still photographs and moving images to visually document the Mariana Trench."

According to NatGeo, Cameron's vehicle was also carrying an "8-foot tower of LED's," so he was able to see the bottom.

But as the AP notes, he found "nothing larger than about an inch across."