Accessibility links
Police: George Zimmerman Said He Was Knocked To Ground And Beaten : The Two-Way Trayvon Martin punched him on the nose and then slammed his head into a sidewalk, Zimmerman told police, according to the Orlando Sentinel. It's the most extensive account so far of the older man's claim of self defense.

Police: George Zimmerman Said He Was Knocked To Ground And Beaten

Police: George Zimmerman Said He Was Knocked To Ground And Beaten

The man who shot and killed 17-year-old Trayvon Martin in an incident that has reignited the national conversation about race relations told police that the younger man knocked him to the ground and slammed his head into the sidewalk, the Orlando Sentinel just reported. 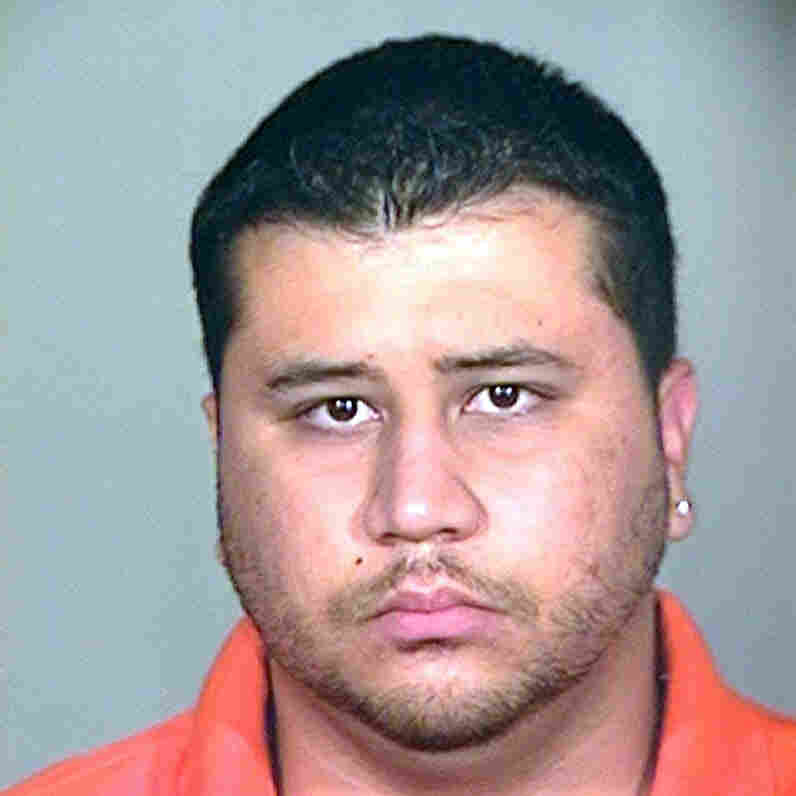 George Zimmerman, in a 2005 mug shot provided by the Orange County (Fla.) jail, via The Miami Herald. He had been accused of pushing a state alcohol agent, who was arresting a friend of Zimmerman's. He entered a "pretrial-diversion program." AP hide caption 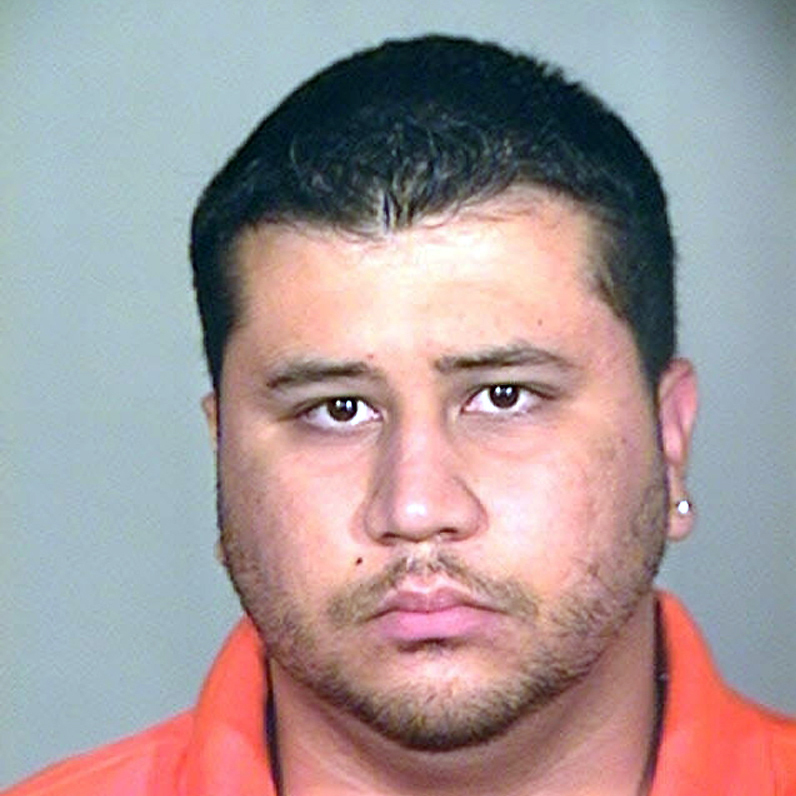 George Zimmerman, in a 2005 mug shot provided by the Orange County (Fla.) jail, via The Miami Herald. He had been accused of pushing a state alcohol agent, who was arresting a friend of Zimmerman's. He entered a "pretrial-diversion program."

It's one of the most extensive accounts to date of what's said to be 28-year-old George Zimmerman's version of the events that led to him shooting Martin on Feb. 26 in Sanford, Fla.

Zimmerman, who patrolled his neighborhood and had frequently contacted police about persons he considered to be suspicious, had been following Martin — an African-American. At one point Zimmerman called police to say the teenager seemed to be acting suspiciously.

It was then that he shot Martin, Zimmerman says. Much of his account, authorities told the newspaper, "has been corroborated." When police got to the scene, he was bleeding from the nose and had lacerations on the back of his head.

Zimmerman has not been charged with any crime connected to the case. But it will be investigated by a local grand jury and federal authorities are also getting involved.

Originally from Virginia, Zimmerman is the son of a white father and Latina mother. His father has described the younger Zimmerman as a "Spanish-speaking minority." On 911 recordings, Zimmerman speaks English without any noticeable Spanish accent. As we've previously reported, he's been accused of violence in the past. 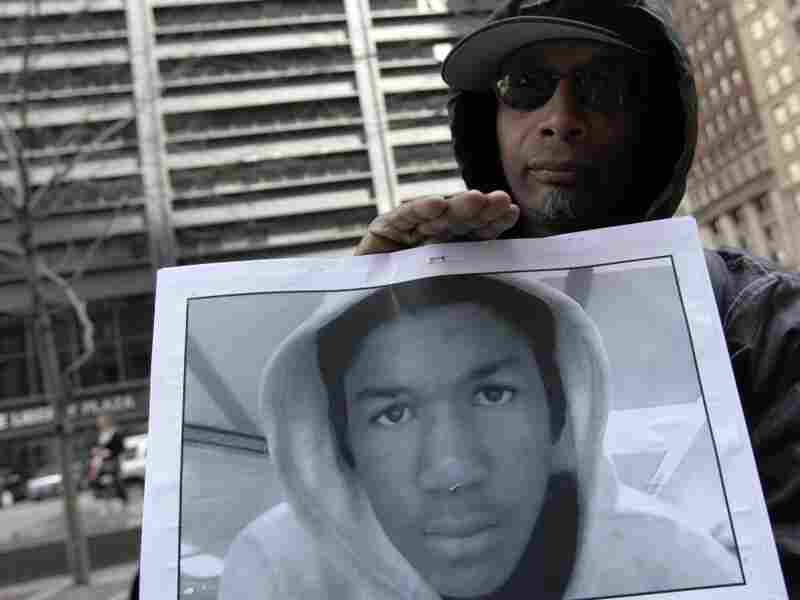 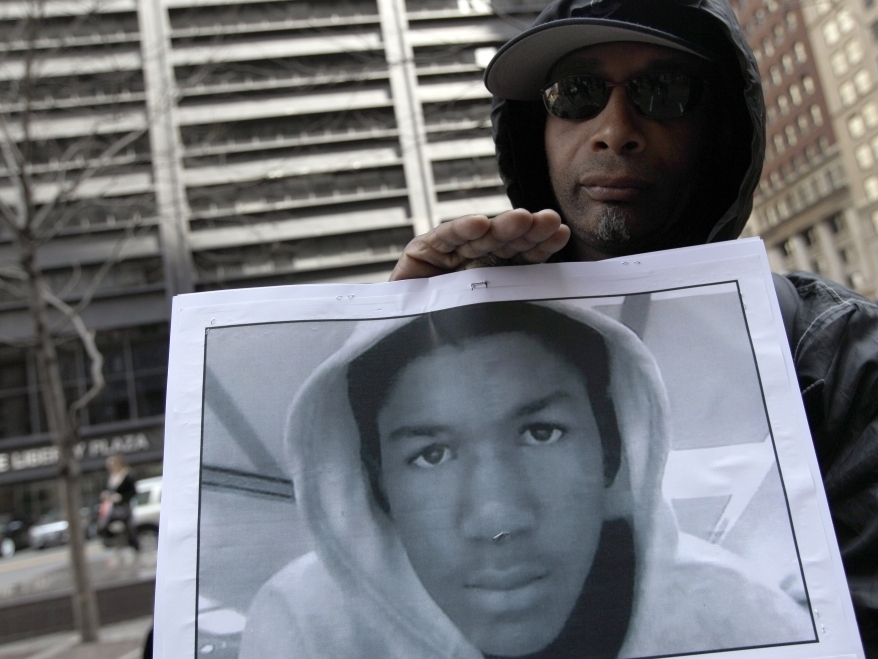 Steven Bishop, of Raleigh, N.C. holds a photo of Trayvon Martin during an Occupy Wall Street march and rally on Saturday (March 24, 2012) in New York City.

Martin's family and supporters have accused local police of failing to investigate Zimmerman's claims and allege that the teenager was the victim of racial profiling. The young man's death has led to marches, protests and other shows of support and concern not just in Sanford but in other cities across the nation. President Obama, without commenting on the facts of the case, said Friday that "all of us have some soul searching to figure out how something like this happened" and that the case has touched him in part because "if I had a son, he'd look like Trayvon."

Also today, a spokesman for Martin's family has told the news media that the teenager was suspended from his high school for 10 days at the time of his death "for having a baggie that contained marijuana residue in his book bag," The Associated Press reports.

Update at 2:20 p.m. ET: Benjamin Crump, an attorney who represents the Martin family, just told reporters in Eatonville, Fla., that Martin was indeed suspended from school because of the baggie — but also made the case that it is irrelevant to what happened on Feb. 26.

"They are still disrespecting my son," Trayvon's father, Trace Martin, just told reporters, regarding the reports about why his son was suspended.

"They killed my son ... and now they are trying to kill his reputation," the teenager's mother, Sybrina Fulton, added.