Accessibility links
Trayvon Martin's Life Looking Much Like Many Teens' : The Two-Way He had some minor brushes with school authorities, but no arrests. And he had many of the dreams that are common to most teens. The Florida teenager's life ended Feb. 26, in a shooting that has reignited a national discussion about race. 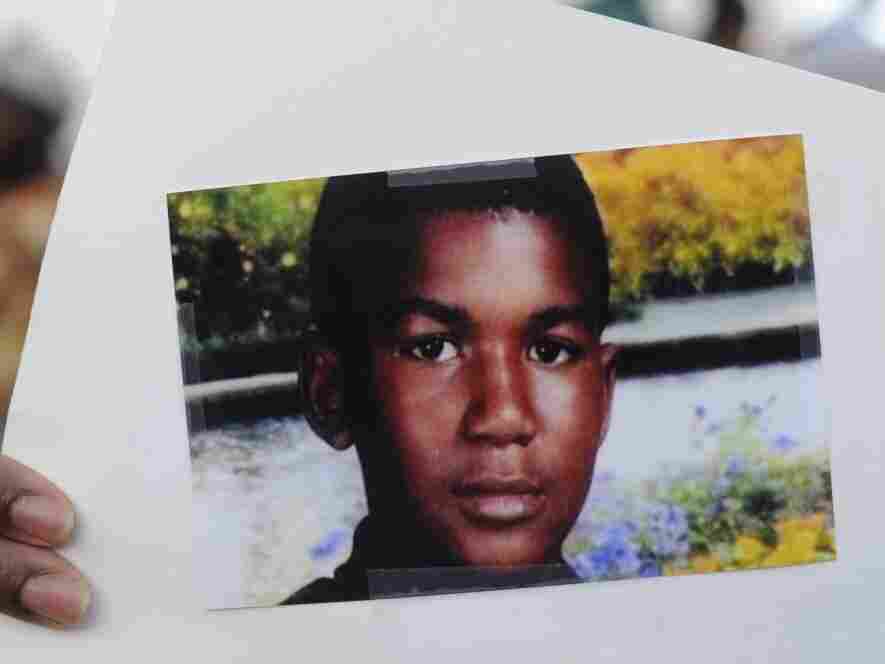 This photo of Trayvon Martin was held by a supporter during a recent rally in the Goldsboro neighborhood of Sanford, Fla. Brian Blanco/EPA /Landov hide caption 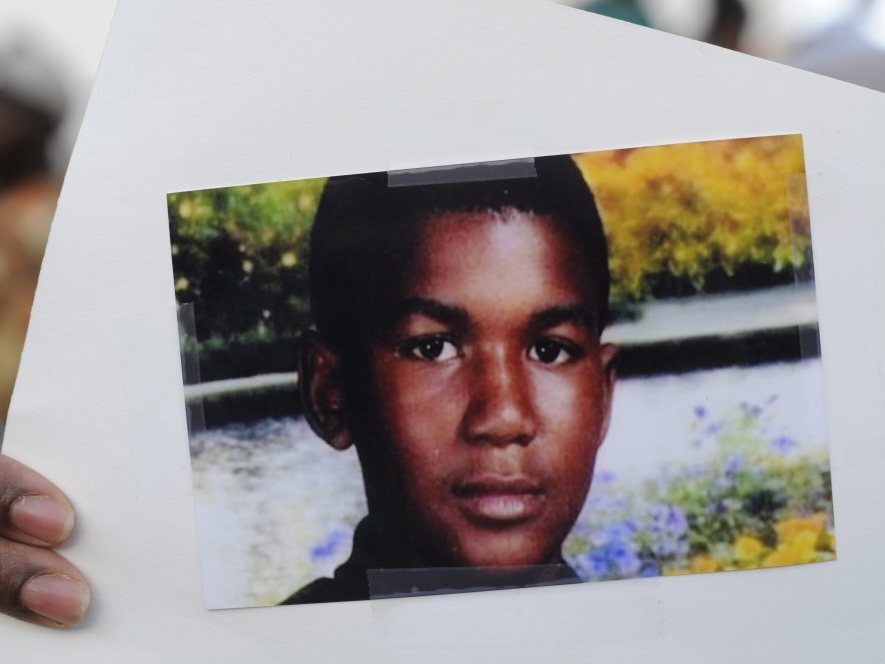 This photo of Trayvon Martin was held by a supporter during a recent rally in the Goldsboro neighborhood of Sanford, Fla.

While this morning's Miami Herald concludes that emerging details about Trayvon Martin's life paint "a complicated portrait" of a boy with "a spotty school record," anyone who has guided their child through the teenage years may be more likely to see a fairly typical kid who had some brushes with authority and lots of dreams about the future.

According to the Herald, Martin was suspended from school three times in recent months, for incidents ranging from tardiness to writing graffiti on school property to having a plastic bag with marijuana residue in his backpack. He had never been arrested.

Martin was also, as The Associated Press has reported, "a swift athlete" who was active "in the Miramar Optimist Club, an organization that runs sports and academic programs for young people." He volunteered "six days a week from June through November of last year to help run the team's concession stand." He "dreamed of becoming a pilot. He had flown on school vacations to various places around the country with his mother, skiing in Colorado one year, going off to Texas another."

Martin's parents were divorced — also something that's not unusual.

When he was nine, as the Herald has previously reported, he helped his father escape their burning home.

What isn't typical about Martin's story, of course, is how his life ended on Feb. 26. In an incident that has reignited a national discussion about race, the black teenager was shot and killed in Sanford, Fla., by neighborhood watch volunteer George Zimmerman — who claims self defense. Martin's family and supporters say he was a victim of racial profiling, and that local authorities have failed to adequately investigate. Zimmerman does not face any charges at this time.