Accessibility links
Gingrich Slashes Staff, Pins Hopes On GOP Delegates Turning To Him : The Two-Way The GOP presidential contender is mounting a "big-choice convention strategy" that banks on Mitt Romney not having enough delegates to be the nominee on the first ballot. Gingrich would then try to convince Republicans that he should be the nominee. 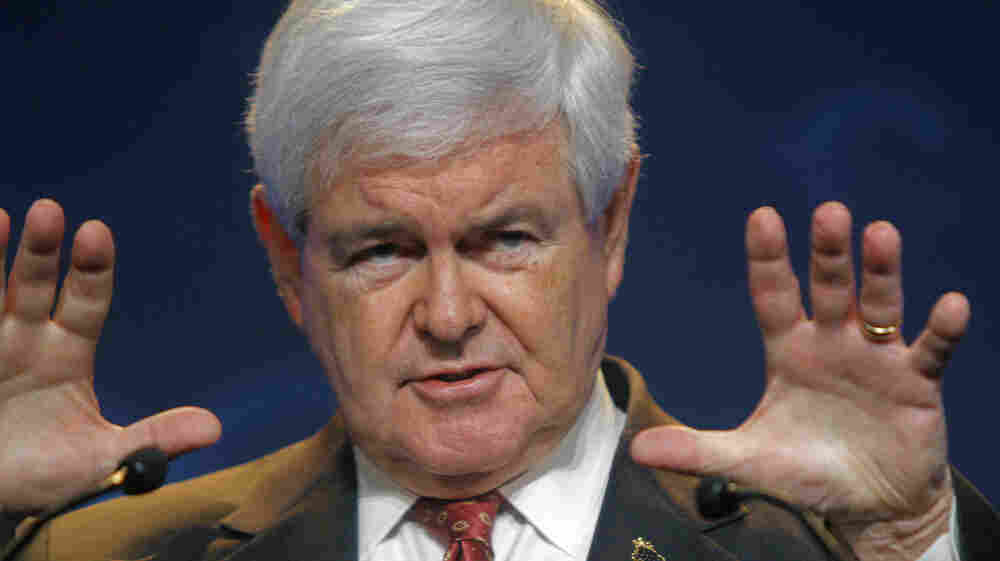 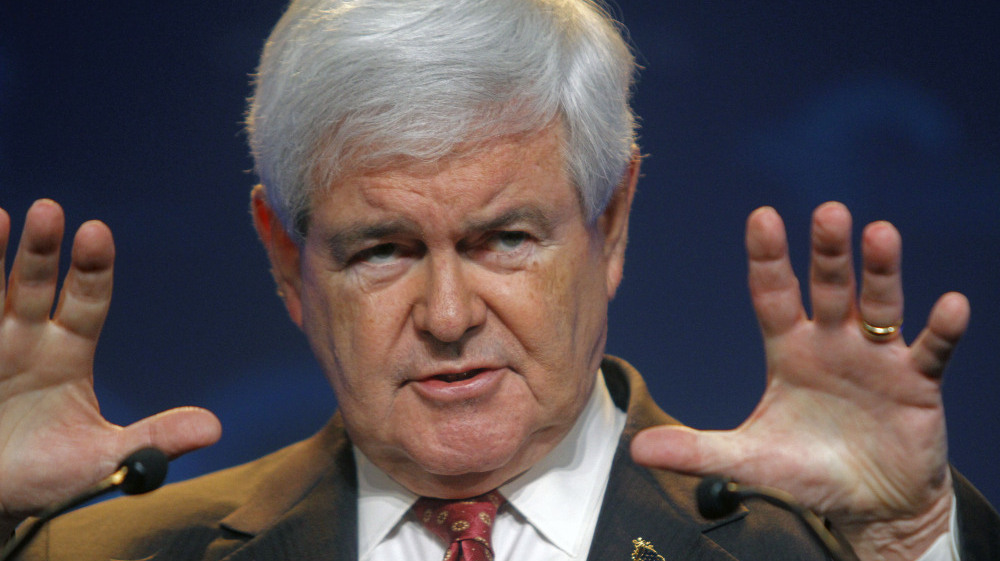 Former House Speaker Newt Gingrich, who wants to the the 2012 Republican presidential nominee, during a campaign event in Camp Hill, Pa., on Saturday (March 24, 2012).

As he slashes his campaign schedule and lays off about one-third of his staff, 2012 Republican presidential Newt Gingrich is mounting a "big-choice convention strategy" that he hopes will end with Republicans turning to him to be their nominee, NPR's Don Gonyea tells our Newscast Desk.

The former House speaker "is counting on Mitt Romney going into the [August GOP] convention short of the delegates needed to win the nomination on the first ballot," Don reports. "After that, he plans a hard sell to get the convention delegates to select him."

It takes 1,144 delegates to become the Republican nominee. Romney, the former Massachusetts governor, currently leads with an estimated 464. In second place: former Pennsylvania Sen. Rick Santorum, with 205. Gingrich has 135.

Gingrich communications director Joe DeSantis tells Politico that the campaign also has a new manager. According to Politico, "Michael Krull, a former advance man and a college friend of Callista Gingrich's who took over the campaign after a staff exodus in June, was replaced last weekend by Vince Haley, who has worked for Gingrich for nine years and currently is deputy campaign manager and policy director."

The Gingrich campaign has been counted out before and come back. As NPR's Brian Naylor has reported, "his campaign bottomed out in June [2011], when most of his staff quit. There were the revelations about his line of credit at Tiffany's, and a sense that he was a vanity candidate, running for office as a way to plug his books and movie projects." Over time, Gingrich recovered and briefly led in polls of GOP voters.

He has only won primaries in two places, however: his home state of Georgia, and neighboring South Carolina.

For its part, the Romney campaign has been making the case that their candidate has the momentum and is the inevitable nominee.

Our friends at the It's All Politics blog, by the way, are following the campaign's ups and downs.

Don Gonyea, on the NPR Newscast