Accessibility links
Reports: Police Pursued Manslaughter Charge In Trayvon Martin's Death : The Two-Way Investigators thought they had evidence to support arresting George Zimmerman, according to reports from The Miami Herald and CBS News. But the local state attorney told them they needed to get more evidence. 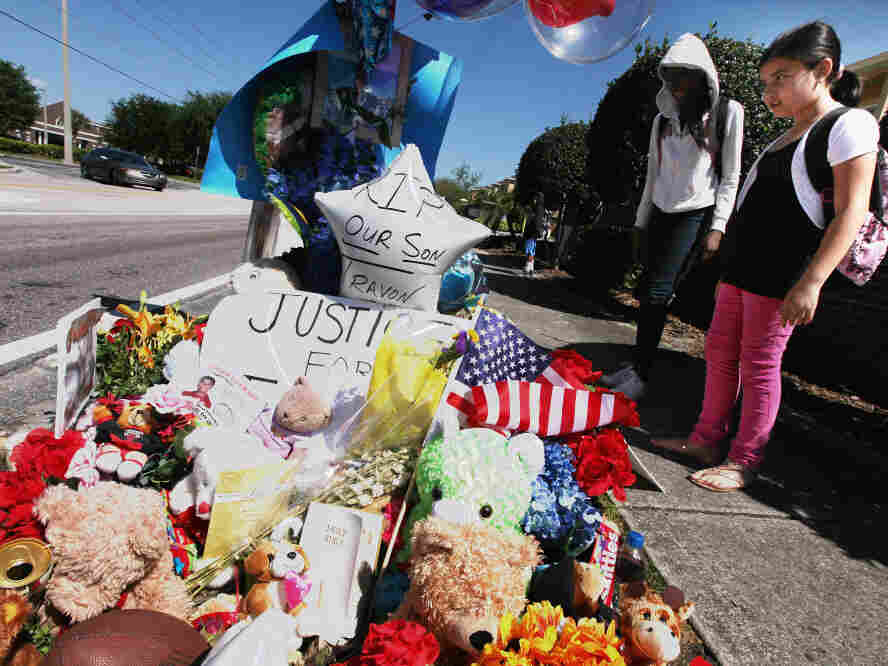 A memorial to Trayvon Martin outside The Retreat at Twin Lakes community in Sanford, Fla., where he was killed. Mario Tama/Getty Images hide caption 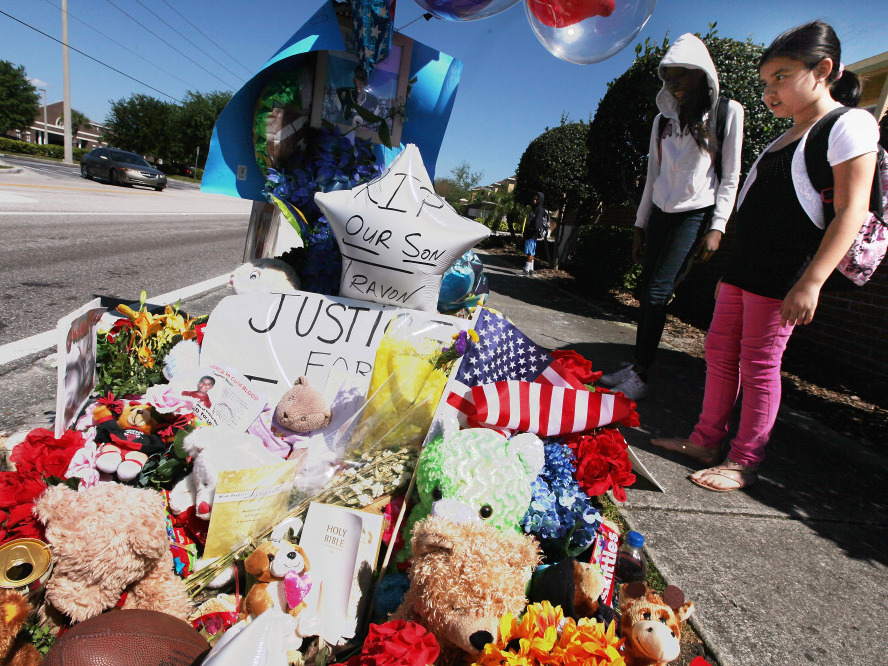 A memorial to Trayvon Martin outside The Retreat at Twin Lakes community in Sanford, Fla., where he was killed.

There are reports from The Miami Herald and CBS News that police in Sanford, Fla., were looking to arrest George Zimmerman on a manslaughter charge for the killing of 17-year-old Trayvon Martin on Feb. 26.

But the local state attorney's office "held off pending further review," the Herald says. According to CBS: "On March 12, police gave the case to State Attorney Norm Wolfinger. He told them they needed more evidence to arrest Zimmerman."

ABC News adds that it has been told by multiple sources that "the lead homicide investigator in the shooting ... recommended that [Zimmerman] be charged with manslaughter the night of the shooting."

He has not been arrested or charged with any crime. Another state attorney is now handling the case and will be taking it to a grand jury.

Martin's father told CNN Tuesday evening that he's convinced Zimmerman wasn't arrested because "the police profiled Trayvon Martin" and concluded that because he was a young black man, he had probably been up to no good.

Zimmerman, 28, has told police he acted in self defense. The shooting, and what Martin's family and their supporters say was a lack of follow-up on the part of police and prosecutors, has ignited a national discussion about race and racial profiling.

In its report, CBS also lays out some of the evidence about what police did in the hours and days after Martin's death. It reports that Zimmerman was questioned for five hours on Feb. 26, that the next day "detectives re-enacted the shooting with Zimmerman at the scene" and that "for the next two weeks, lead investigator Chris Serino pursued a manslaughter charge against Zimmerman."

The Orlando Sentinel also tries today to dispel some "Trayvon rumors" with some facts. It reports, for example, that rumors about key evidence not being collected are not true, according to Sanford police:

"They took [Zimmerman's] clothing as well as Trayvon's and packaged it for crime-lab analysis. A spokeswoman for Special Prosecutor Angela Corey would not disclose Tuesday where the clothing is now, but she wrote in an email that the Florida Department of Law Enforcement 'is assisting with the processing of physical evidence.' "