Accessibility links
Lorax Statue Stolen From Dr. Seuss' Garden, Family Hopes For Its Return : The Two-Way The bronze artwork, made by Theodore Geisel's daughter, has disappeared. The theft comes as a movie version of Dr. Seuss' story continues to draw fans to theaters. 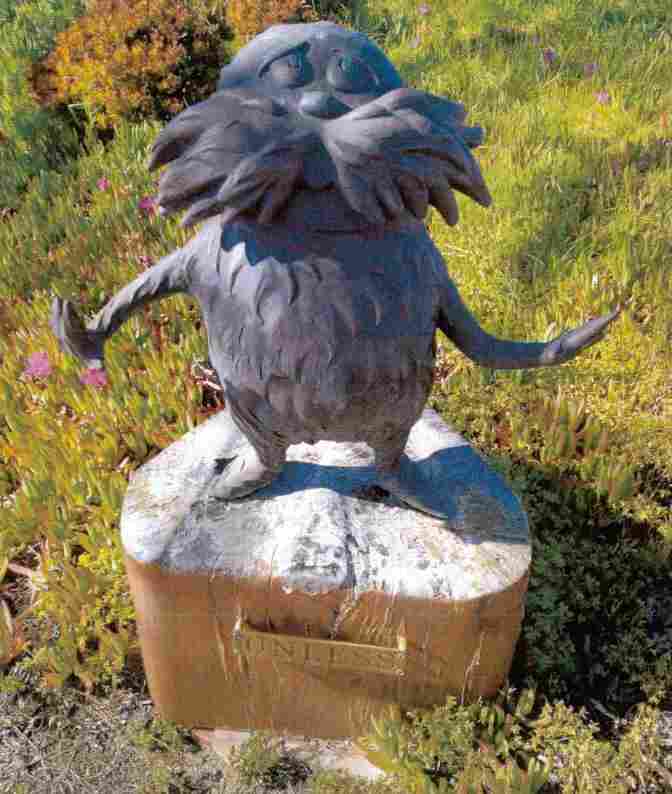 The Lorax, before he was taken away. San Diego Police Department hide caption 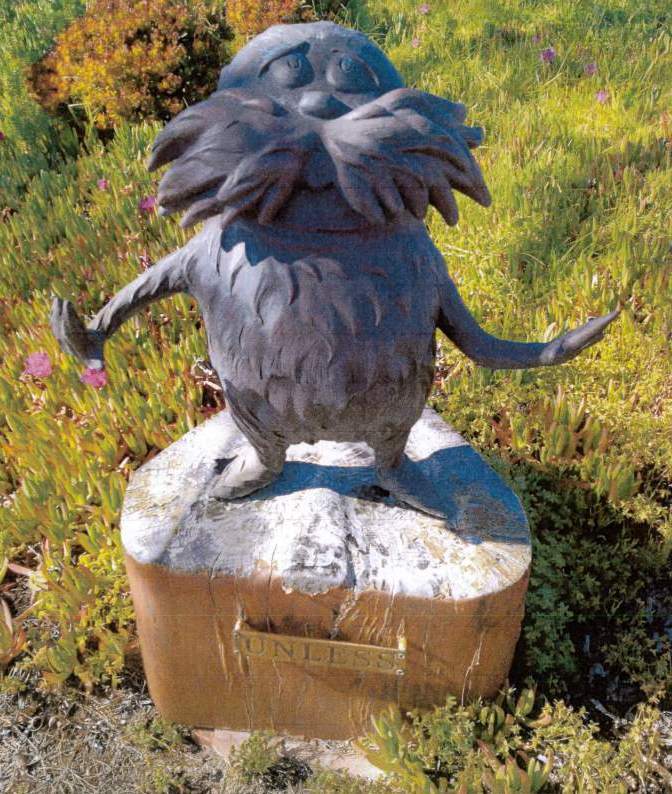 The Lorax, before he was taken away.

The Grinch returned all those stolen presents.

Now the family of Dr. Seuss (Theodore Geisel) is hoping that the person or persons who took a Lorax statue from the garden of the late, great author's home also has a change of heart.

"I want very badly to get our little Lorax back home where he belongs," Lark Grey Dimond-Cates, Geisel's daughter and the sculptor who made the statue and one other like it, told The San Diego Union-Tribune on Tuesday. "Wherever he is, he's scared, lonely and hungry. He's not just a hunk of metal to us. He was a family pet."

It wasn't easy to take the little guy away. San Diego police spokesman Gary Hassen tells us it weighs about 300 pounds and is three feet tall, including its base. It is made of bronze. Property Manager Carl Romero told the Union-Tribune that it looks like the statue was dragged to an access road and then lifted over a chain-link fence.

The theft comes, of course, as the movie Dr. Seuss' The Lorax continues to rake in money at the box office. The Associated Press writes that:

"The Lorax has enjoyed special notoriety because of the recently released film version of Dr. Seuss's 1971 environmental fable, in which the mustachioed main character speaks out for the Truffula trees against corporate greed, personified by the evil Once-ler."