Accessibility links
Earl Scruggs Made Country And Bluegrass Cool : The Two-Way When Scruggs put out albums in the early '70s that featured some of the stars from rock 'n' roll playing country and bluegrass songs, it helped open up a new musical world to many in the younger generation.

The death Wednesday of banjo legend Earl Scruggs at the age of 88 is generating many, many reports today about how he "helped define the sound of bluegrass," as our friends at The Record blog say. 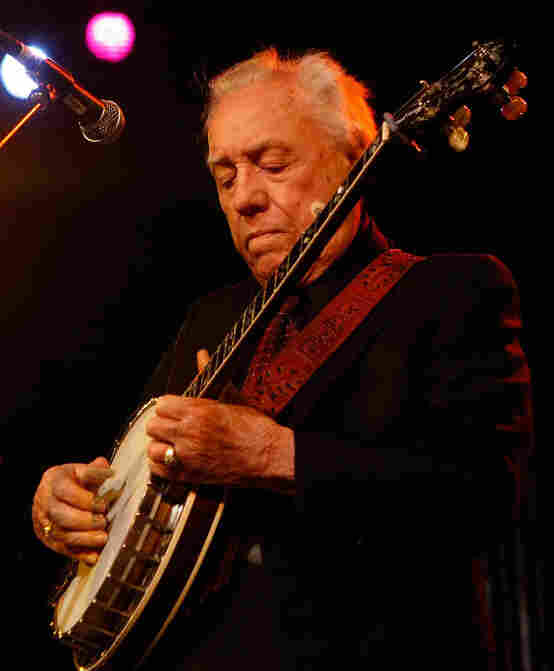 Earl Scruggs during a show in Indio, Calif., on May 3, 2008. Michael Buckner/Getty Images hide caption 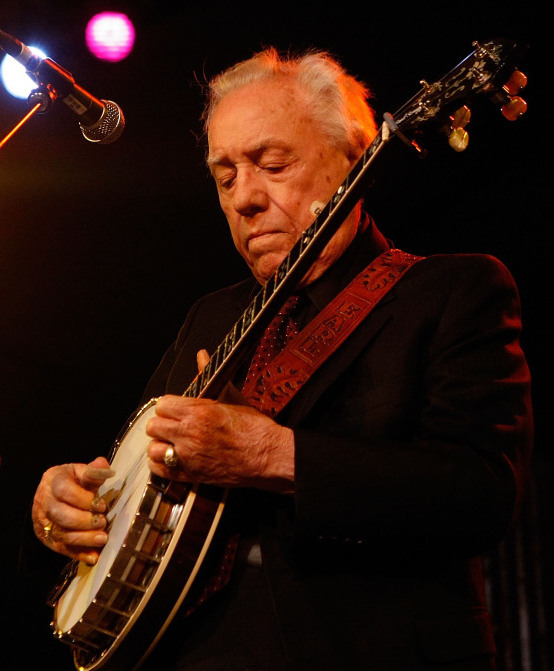 NPR's Paul Brown, who plays the banjo, guitar and fiddle himself, says that Scruggs' "rapid-fire, three-finger playing style ... had a syncopated drive that electrified audiences and country music enthusiasts worldwide."

Many may know Scruggs best for his work with guitar player Lester Flatt — and in particular their theme for The Beverly Hillbillies.

For this blogger, though, and many others it was how Scruggs helped turn a much younger generation on to his music that's most memorable.

Think back (or ask your parents):

It was the early '70s. The Byrds, Buffalo Springfield, the Flying Burrito Brothers and others had shown that rock 'n' rollers could play country too. 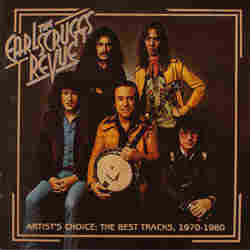 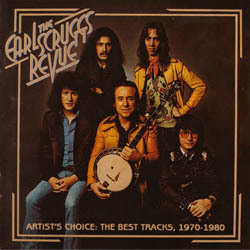 But then The Earl Scruggs Revue popped on to the scene — Earl and a bunch of long-haired guys (two of them his sons).

He pulled in players and singers such as The Byrds' Roger McGuinn and Clarence White, Linda Ronstadt, Bonnie Bramlett, the Pointer Sisters and Billy Joel to contribute to the Revue's albums. A personal favorite: the Revue's rendition of Third Rate Romance.

Wait a minute, we wondered, are old guys who play country music and bluegrass cool too?

Indeed they were — a notion that was reinforced in those year's by the Nitty Gritty Dirt Band's Will The Circle Be Unbroken album, on which Scruggs also played.

So here's a posthumous tip of the hat to Earl Scruggs, for reaching out to the kids and exposing us to a wonderful part of the musical world.

Nashville Public Radio says a memorial service is set for Sunday afternoon at the Ryman Auditorium. He died of natural causes, according to The Tennessean.