Accessibility links
Gingrich Is 'At The End Of His Line,' Says His Biggest Financial Supporter : The Two-Way Sheldon Adelson, who along with his wife has used a superPAC to give Newt Gingrich $15 million of support, says the former House speaker can't get enough delegates to be the nominee. Meanwhile, Gingrich and Mitt Romney met secretly on Saturday.

Gingrich Is 'At The End Of His Line,' Says His Biggest Financial Supporter

Gingrich Is 'At The End Of His Line,' Says His Biggest Financial Supporter

Sheldon Adelson, the Las Vegas billionaire who along with his wife has used a superPAC to pour about $15 million worth of support behind Newt Gingrich's bid for the Republican presidential nomination, told reporters earlier this week that the former House speaker's campaign appears to be "at the end of his line." 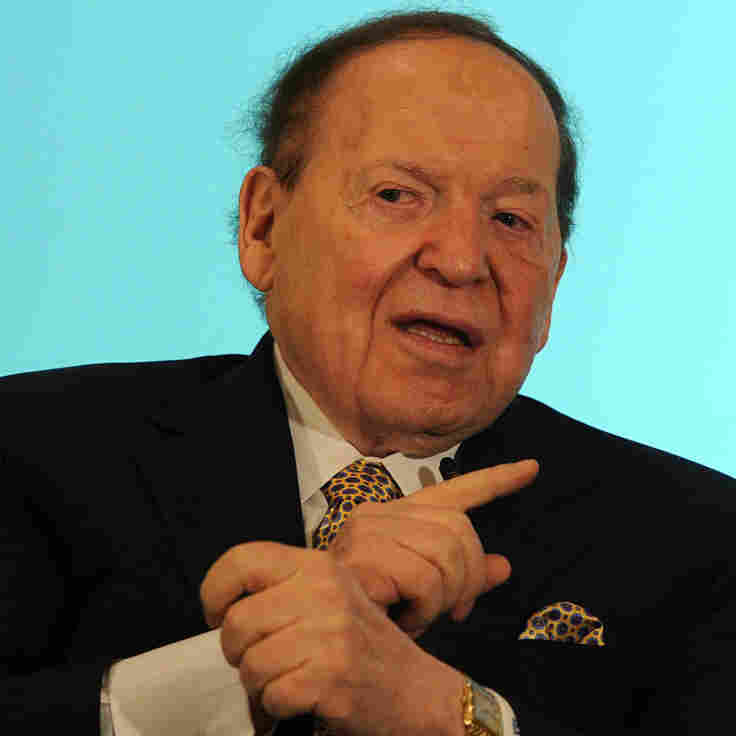 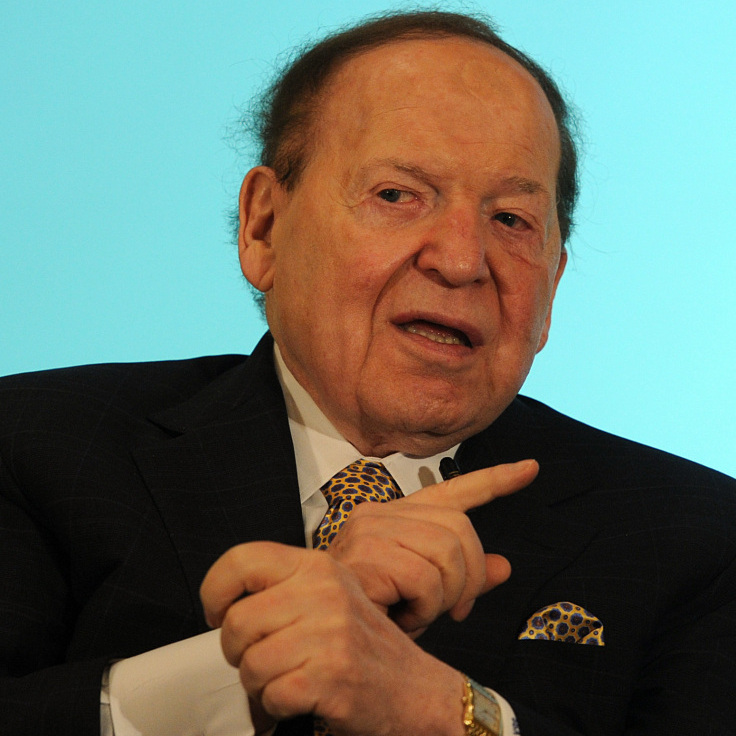 Video of Adelson saying words that no candidate wants to hear from his biggest supporter was posted online Wednesday by JewishJournal.com.

Adelson told reporters he doesn't want Republican contender Rick Santorum "running my country" and that Mitt Romney is "not the bold decision maker that Newt Gingrich is." But Gingrich, he said, "mathematically can't get any where" near the number of delegates he would need to be the nominee. (NPR.org's "delegate tracker" is here.)

The news about Adelson's comments comes as The Washington Times reports that Gingrich:

"Met secretly with GOP rival Mitt Romney on Saturday, according to a source close to the campaign, but the former House speaker says he has made no deal to end his bid for the GOP nomination.

"Mr. Gingrich, responding to questions from The Washington Times, did not deny the meeting, but explicitly said he hasn't been offered a position in a potential Romney administration in exchange for dropping out."

Gingrich also told the newspaper that "I plan to go all the way to Tampa," where the GOP holds its convention in August.

Wednesday, we learned that Gingrich was laying off about one-third of his campaign staff and hopes that a deadlocked convention will turn to him.

There's much more about the 2012 presidential campaign at It's All Politics and on NPR.org's Election 2012 webpage.