Accessibility links
U.S. Ambassador Thinks Russian Journalists May Be Reading His Emails : The Two-Way Amb. Michael McFaul took exception to being greeted on the street by state-controlled television, saying its reporters always seem to know where he's going. The sometimes animated encounter is all on video.

U.S. Ambassador Thinks Russian Journalists May Be Reading His Emails

U.S. Ambassador Thinks Russian Journalists May Be Reading His Emails 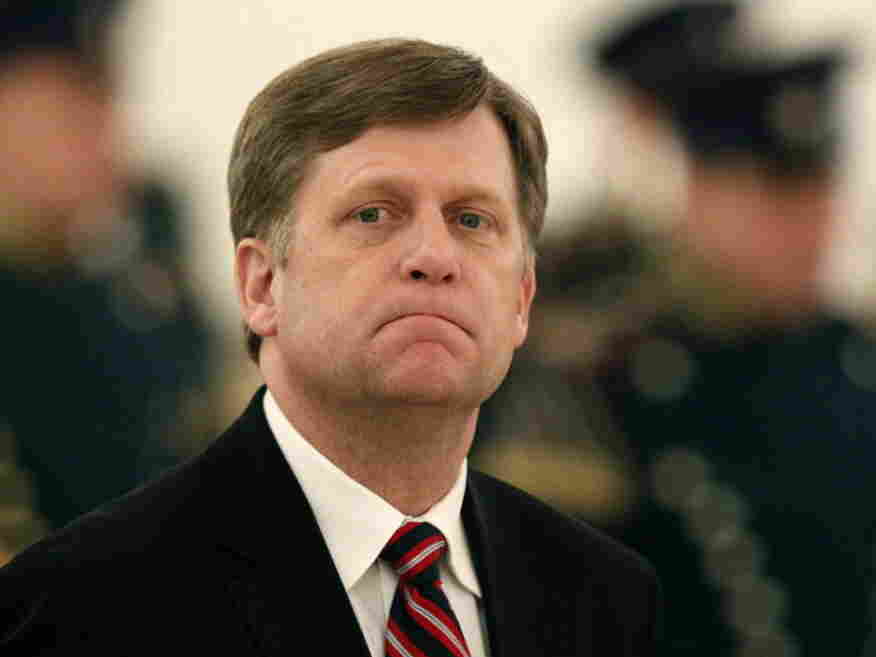 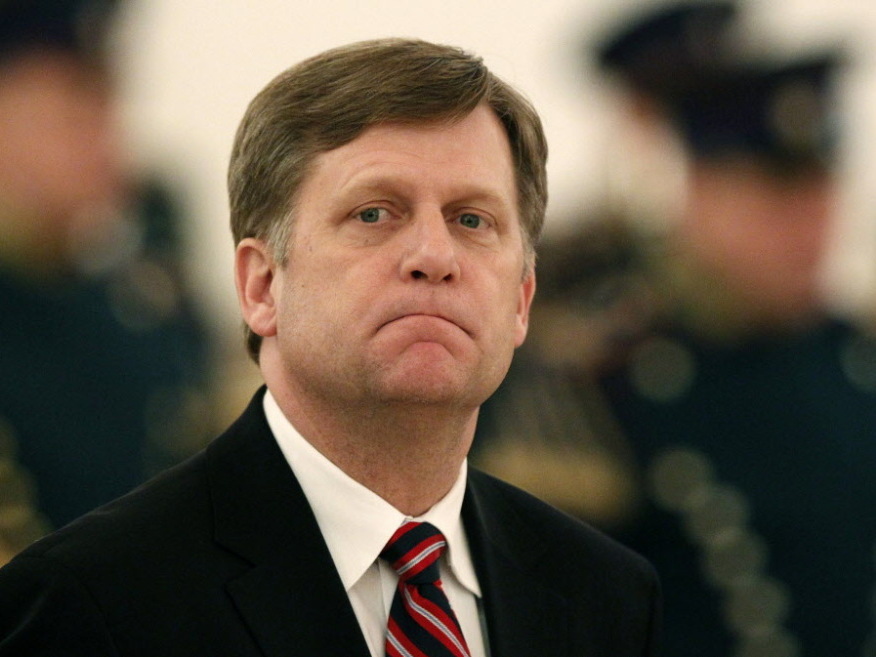 During a sometimes animated encounter with reporters from Russian state-controlled television today in Moscow, U.S. Ambassador Michael McFaul asked them several times how they knew where he was going and who he was meeting with. And afterward, he went to his Twitter page to imply that someone is eavesdropping on his emails and phone calls:

"I respect press right to go anywhere & ask any question. But do they have a right to read my email and listen to my phone?"

He also wonders in a tweet whether Russia has laws against such things.

After hearing from a Twitter poster identified as journalist Jace Foster that ...

"Your schedule is fair game. We know it because Russian consulate watches you & releases your schedule."

"Glad to know. Maybe I should start publishing my schedule? I am always happy to interact with press."

NPR's Michele Kelemen tells us that State Department spokesman Mark Toner says of McFaul's comment about eavesdropping that the ambassador was asking a rhetorical question "about how details of his personal schedule are getting out to the media."

NTV has posted its video of the encounter with McFaul here.

As Michele reported in January, shortly after he arrived in Russia that month "McFaul quickly reached out to Russia's Facebook generation with a video introducing himself — but was skewered just as quickly in the official Russian media. On Russia's Channel One, commentator Mikhael Leontiev claimed McFaul is not a specialist on Russia but purely a specialist in one thing — promoting democracy."

The New York Times put a more ominous edge on the greeting McFaul got in Russia, saying he was hit with "a blast of venom." He's been accused by state media of being sent there to foment revolution, the Times says.