Accessibility links
Mega Millions Mania: What If You Win? Then What Do You Do? : The Two-Way The record $640 million jackpot is drawing dreamers across the nation. While the odds are incredibly long (you're more likely to die of a flesh-eating bacteria), tickets are selling fast for tonight's 11 p.m. ET drawing.

'All Things Considered' on the long odds

Mega Millions Mania: What If You Win? Then What Do You Do?

Mega Millions Mania: What If You Win? Then What Do You Do? 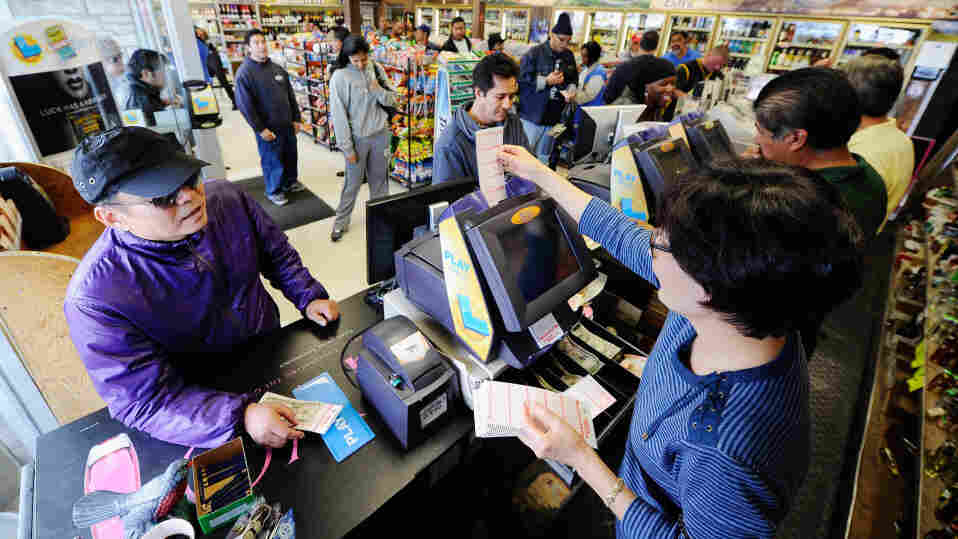 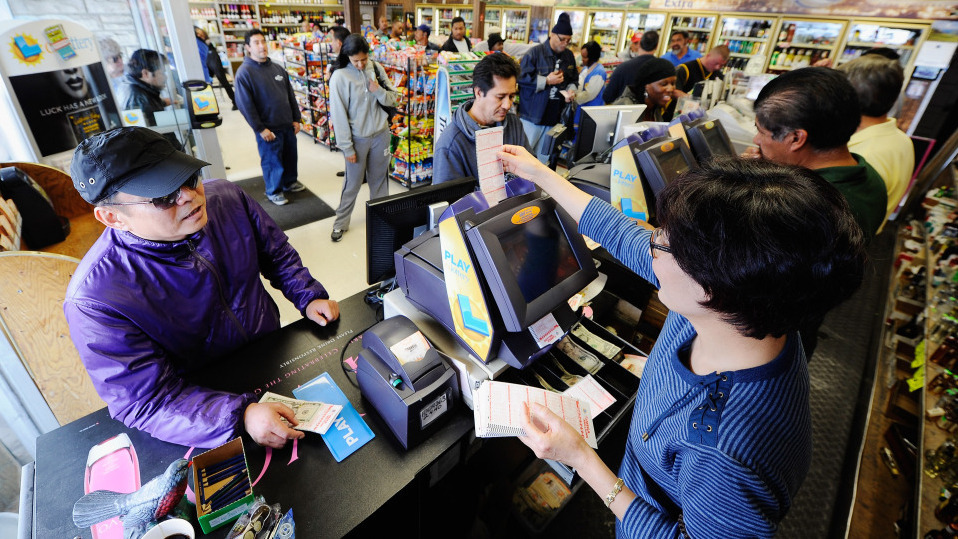 In Hawthorne, Calif., on Thursday, customers lined up for Mega Millions tickets at the Bluebird liquor store.

Everybody, it seems, is talking about tonight's Mega Millions lottery drawing because the jackpot's up to a record $640 million. (Update at 12:15 p.m. ET: Officials just increased the estimated jackpot, which began today at an already record $540 million.)

"Much of the nation is gripped by Mega Millions fever," as USA Today says.

-- From Oregon, The Statesman Journal writes that "store owners and cashiers said Thursday that the past three days have been 'madness,' as more customers — new and familiar — trickle in to buy lottery tickets." Said Jim Suppel of Keizer, Ore., who bought two tickets Thursday: "Heck, it's a cheap dream." 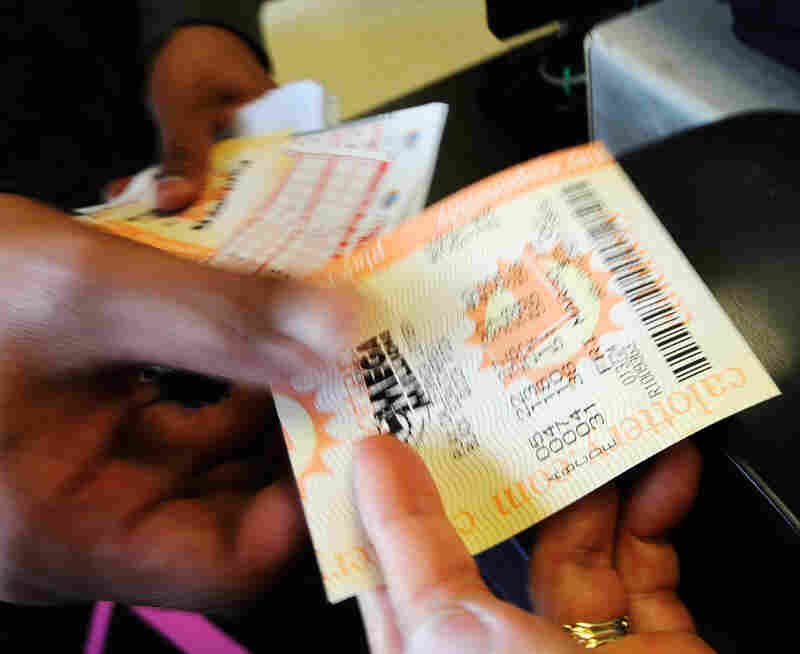 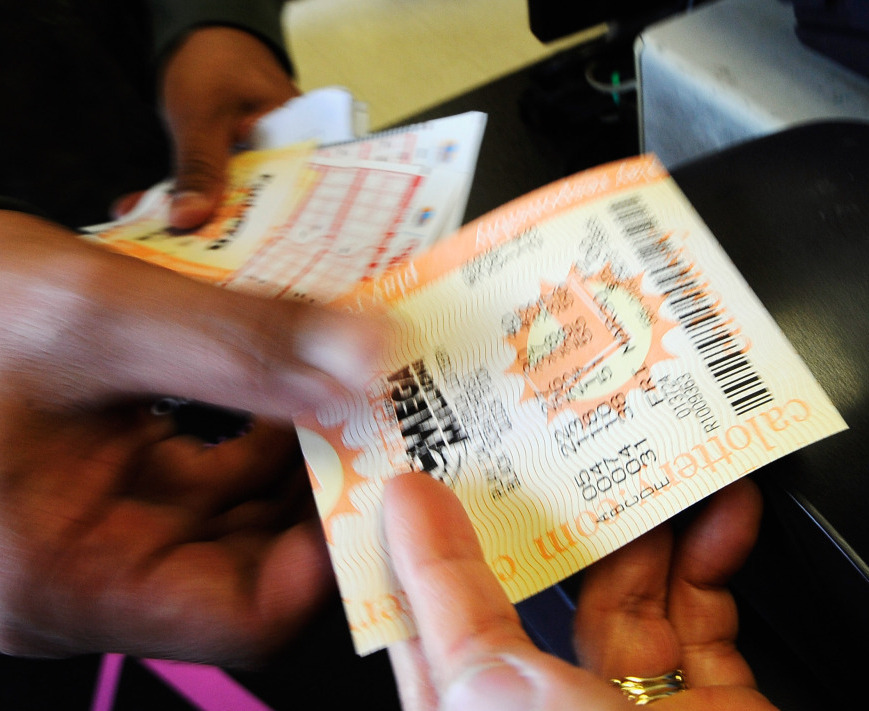 -- "To me, the value of the lottery ticket isn't the realistic opportunity to win," David Kramer, a lawyer in Lincoln, Neb., told The Associated Press. "It's the fact that for three days, the daydreaming time about what I would do if I won is great entertainment and, frankly, a very nice release from a normal day."

Mega Millions tickets are sold in 42 states and Washington, D.C. The drawing is set for 11 p.m. ET.

On All Things Considered Thursday, mathematician Aaron Abrams talked about the long odds of winning (about 1 in 176 million). "That means you're about 100 times more likely to die of a flesh-eating bacteria than you are to win the lottery," he told host Robert Siegel.

'All Things Considered' on the long odds

Obviously, the odds are long. But as they say, you've go to play to have a chance to win. And who wouldn't want to win so much money that it would take the average U.S. household, USA Today reports, more than 10,000 years to earn?

Say you do win. Then what?

The Associated Press suggests these steps:

-- Sign the back of the ticket and put it in a safe place.

-- Get hold of your lawyer.

-- Don't start telling the world. Get your ducks in a row, legally and financially, first.

-- And think first before deciding whether to take the prize as a lump sum (about $359 million before taxes) or in annual payments over 26 years.

"Most people think taking the lump sum is the smart move," AP writes. "That's not always the case. ... Spreading the payments out protects you from becoming the latest lottery winner who's lost all their money."

If you're playing, best of luck. For those of you in the eight states where tickets aren't sold — Alabama, Alaska, Florida, Hawaii, Mississippi, Nevada, Utah and Wyoming — our thoughts are with you (of course, you may already have driven to a neighboring state or had a relative pick up a ticket for you).

One note and some "full disclosure": We're not encouraging anyone to spend recklessly, and yes this blogger has bought a ticket too. Hey, I can dream!