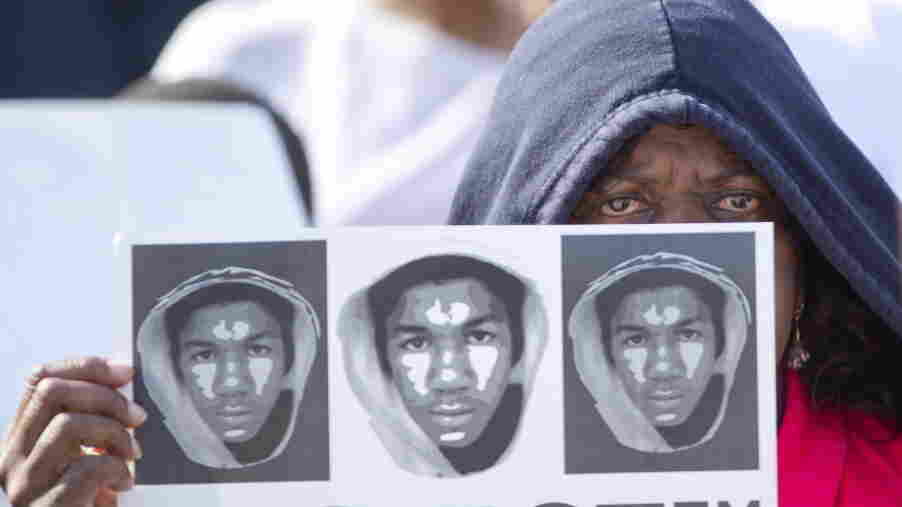 At a rally in Miami on Sunday, Arleen Poitier held a sign with images of Trayvon Martin. J Pat Carter/AP hide caption 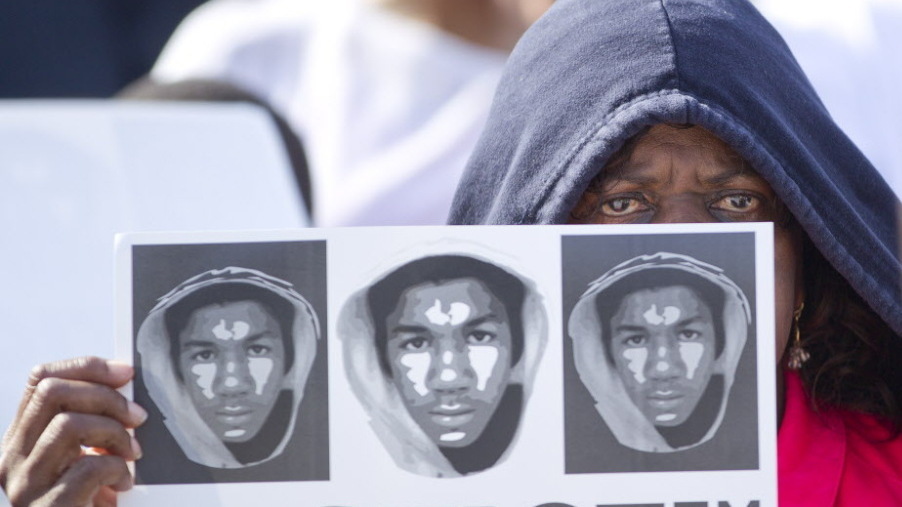 At a rally in Miami on Sunday, Arleen Poitier held a sign with images of Trayvon Martin.

Over the weekend, The Orlando Sentinel reported that two experts it consulted believe the voice heard calling for help in the background during a 911 call to police is not that of George Zimmerman, the neighborhood watch volunteer who says he acted in self defense when he shot and killed Trayvon Martin on Feb. 26 in Sanford, Fla.

And one of those experts, Tom Owen of Owen Forensic Services — who is chair emeritus at the American Board of Record Evidence — has told MSNBC that he believes the tests indicating it isn't Zimmerman's voice would stand up in court.

The death of 17-year-old Martin, an African-American teen, from a shot fired by the 28-year-old Zimmerman has ignited a national discussion about race relations because Martin's family and their supporters believe he was racially profiled and that local authorities didn't do enough to investigate Zimmerman's story. Sunday in Miami, where Martin was from, several thousand people rallied to show their support for the boy's family and to demand Zimmerman's arrest.

If it is proved that it wasn't Zimmerman's voice calling for help, that could raise questions about his claim of self defense.

According to the Sentinel, Owen used software "to compare Zimmerman's voice [heard on another 911 call, which Zimmerman made earlier the evening of Feb. 26] to the 911 call screams" recorded during a neighbor's phone call to police. The software, the Sentinel says, "returned a 48 percent match. Owen said to reach a positive match with audio of this quality, he'd expect higher than 90 percent. 'As a result of that, you can say with reasonable scientific certainty that it's not Zimmerman,' Owen says."

It wasn't possible for Owen to determine if the voice was that of Martin, the newspaper adds, because he didn't have a recording of the teen's voice to compare to the shouts for help.

The Sentinel writes that Ed Primeau, another audio forensics expert, used enhancement technology and "human analysis" to conclude that it was "a young man screaming."

Zimmerman's brother Robert, however, has told a Miami TV station that he believes it is his brother calling for help.

"I know that that's George," Robert Zimmerman told NBC Miami. "I know that one of the saddest things for him in this whole thing is that despite those screams, no one came to his aid. Those screams could have avoided what eventually George had to do to defend his life. ... I know that that's his voice, it sounds just like my voice I mean he's my brother, that's what I sound like if I yell."

For a long account of "what is known, what isn't about Trayvon Martin's death," see this Miami Herald story.