Accessibility links
Bin Laden's Wives, Daughters Sentenced To 45 Days Detention, Deportation : The Two-Way The three women and two of bin Laden's older daughters were convicted of living illegally in Pakistan. Two of the wives are thought to be from Saudi Arabia, one from Yemen. They've all been fined about $114 each as well. 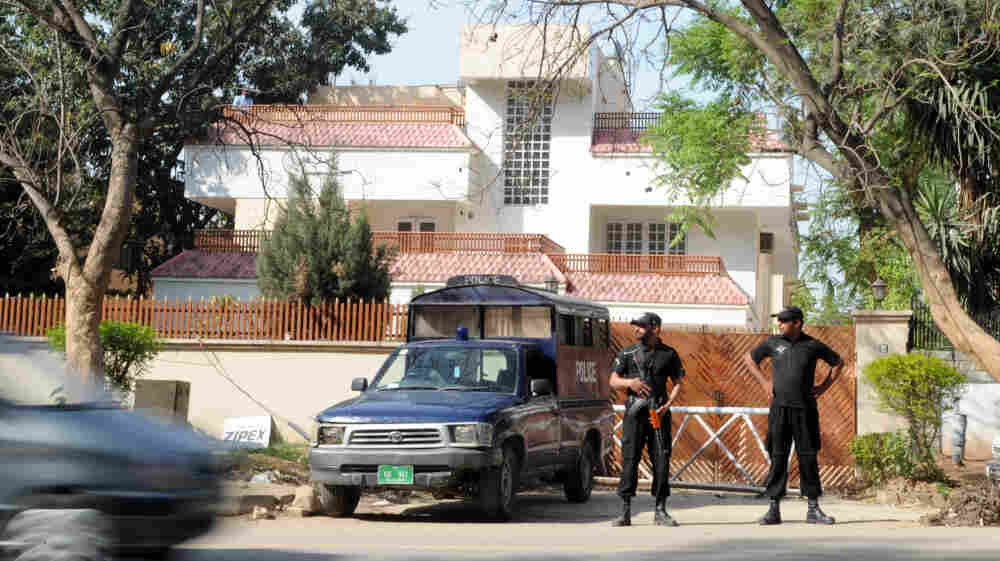 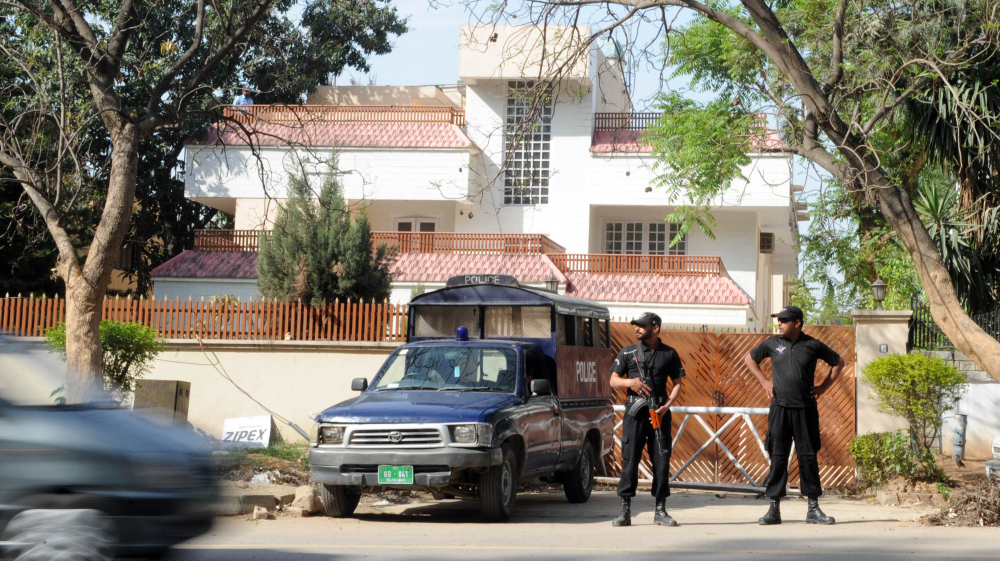 Pakistani security personnel stand guard outside the house in Islamabad where family members of al-Qaida chief Osama bin Laden are being held.

"A Pakistani court on Monday convicted Osama bin Laden's three widows and two of his grown-up daughters of illegal residency, sentencing them to 45 days detention and ordering their deportation," Pakistan's Dawn newspaper reports.

The BBC says the women have also been fined 10,000 rupees (about $114) each. Because they have "already served a month of their sentence," it's likely they will be deported in about two weeks. The widows are "thought to be two Saudi Arabians and a Yemeni," the BBC adds, and it's to those countries they are expected to be deported.

According to Dawn, "Monday's proceedings lasted three hours, presided over by a judge in a makeshift court set up in the plush [Islamabad] house where they are living and where they will serve out their sentences, away from the prying eyes of media."

Bin Laden, leader of the al-Qaida terrorist network that attacked the U.S. on Sept. 11, 2001, was killed last Mayby U.S. Navy SEALs at the home he shared with his wives and children in Abbottabad, Pakistan. We reported Friday that "during nine years on the run in Pakistan, bin Laden used at least five safe houses and fathered four children, the youngest of his three wives has told Pakistani investigators, according to The New York Times."

Sunday, The Associated Press reported that one of the homes bin Laden used while on the run was "an ornate but not lavish two-story house tucked away at the end of a mud clogged street" in the city of Haripur.