Accessibility links
In Women's Title Game, Baylor Goes For History : The Two-Way Notre Dame faces a juggernaut: the undefeated Baylor Lady Bears and their 6-foot, 8-inch, star Brittney Griner. If Baylor wins, the team will finish the season undefeated and be the first in NCAA basketball to win 40 games in one season.

Kentucky is now in the record books as this year's NCAA Division I men's basketball champion after its 67-59 win over Kansas last night. As NPR's Mike Pesca reported on Morning Edition, the game wasn't as close as the score might indicate. Kentucky, as it had through the season and the tournament, rolled.

Tonight in Denver, Notre Dame and Baylor play for the women's championship (8:30 p.m. ET on ESPN and ESPN3). NPR's Tom Goldman sets up the game for us:

You'd think the least they could do is come up with different inspirational slogans. But for both teams, it's "unfinished business."

Notre Dame got to the title game last season and lost to Texas A&M. Baylor lost to A&M in a regional final. So this unfinished business trip to Denver ends tonight for someone. Frankly, the tough and plucky Fighting Irish picked a rotten time to try to finish their business. 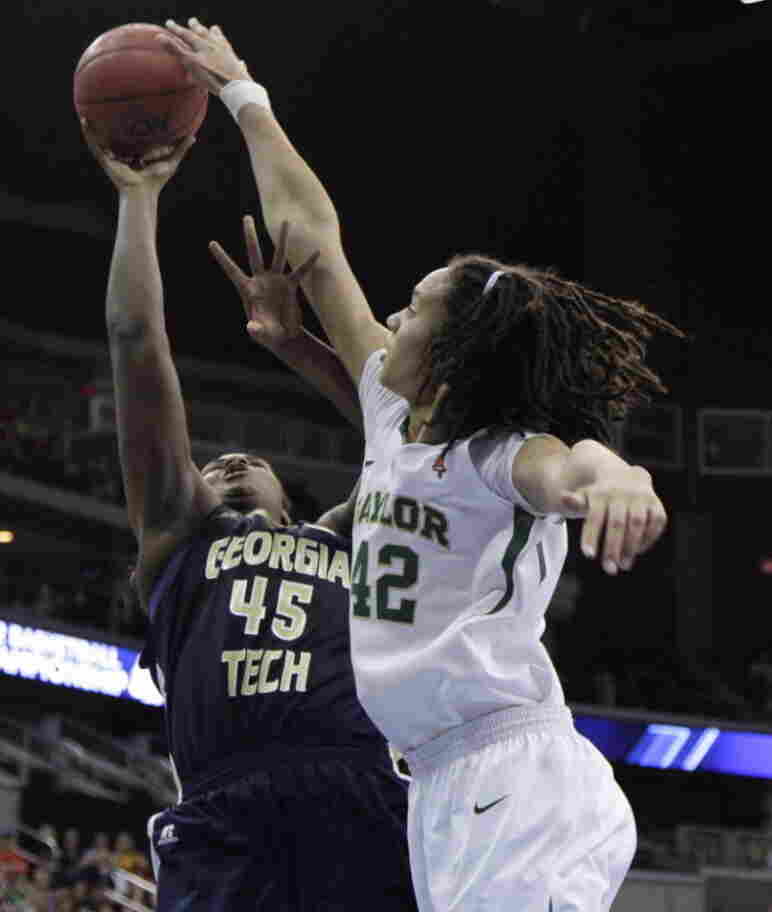 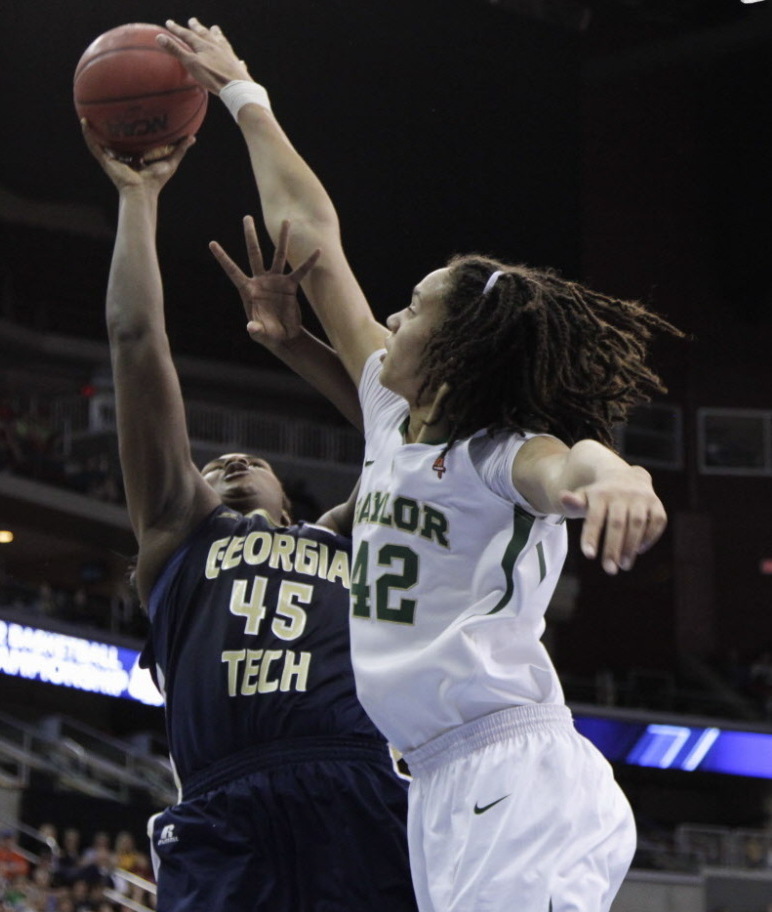 The women of Notre Dame are facing a juggernaut. Baylor, known as the Lady Bears, is 39 and 0. With a win tonight, it would be the first basketball team in NCAA history — men's or women's — to win 40 games in a season.

Leading that juggernaut is a softspoken 21-year-old who likes to bomb around the Baylor campus on a longboard, don bodypaint for football games and swat basketballs to kingdom come.

Brittney Griner is basketball's "it girl." And it's not just because she stands 6' 8", wears size 17 shoes and covers 7 feet 4 inches, fingertip to fingertip, when she spreads her arms. It's what she does with all that. Her head coach, Kim Mulkey, has been part of the college game for more than three decades. She is the only basketball coach to win a national championship as a head coach, assistant coach and player. So she knows of what she speaks.

And of Griner, Mulkey says: "We've seen 6' 8", 6' 9" (women) players. We've seen (women) players that dunk the ball (Griner's done that twice during this tournament). But Brittney Griner's presence on the defensive end of the floor separates her from any player that has ever played the game."

You could see Mulkey's words in action in Sunday's semifinal game between Baylor and Stanford. One Stanford player after the next would drive to the basket, eyes quickly darting to sense where "she" was. Often, the drivers would head back out without putting up a shot. Only Stanford All-American forward Nneka Ogwumike consistently attacked Griner. But even Ogwumike acknowledged Griner's presence made it "difficult for us to figure out what to do on offense. I think we were too worried about her."

Notre Dame has one advantage over the Cardinal. The Fighting Irish already played Baylor this season, a 94-81 loss back in November. So the players won't have to go through the eyes-wide-like-saucers moment of realizing how big and quick Griner is.

The Notre Dame plan of attack ... is just that. Senior guard Natalie Novosel says driving to the basket is her bread and butter move, and that won't change.

"You've just got to be relentless and at the same time be crafty with it," she says. "Go up one way, if you engage her, dish it (the ball) off. You can't just shoot into her."

Novosel says she will draw on her experiences when she was younger and played hard-nosed basketball against 6' 5" brother Nathan, and 6' 2" sister Shannon.

"Trying to get in between the two of them was always a challenge and I think I've learned from it," she says.

Notre Dame All-American point guard Skylar Diggins echoes the themes of attack and engage. "You can't be passive," says Diggins. "Not in a game like this. You have to be aggressive but smart and pick your times to drive."

Diggins laughs about the game against Griner earlier this season. "I think I picked a poor time (to drive). She got me one time."

Just one time, Skylar? For many who've faced Brittney Griner, that's a badge of honor!

For her part, Griner likes the way her mere presence in the paint stresses out opponents. "When I see somebody coming in and they see me coming over and they do a little U-turn and go back out, you might catch a grin on my face sometimes."

Griner and her Baylor teammates hope they're the ones wearing big grins tonight after the game. They're looking to finish up business with a championship trophy.