Accessibility links
After Texas Tornadoes, Two Welcome Words: 'No Deaths' : The Two-Way Though multiple twisters tore through the Dallas-Fort Worth area on Tuesday, there were few injuries and no reported fatalities. 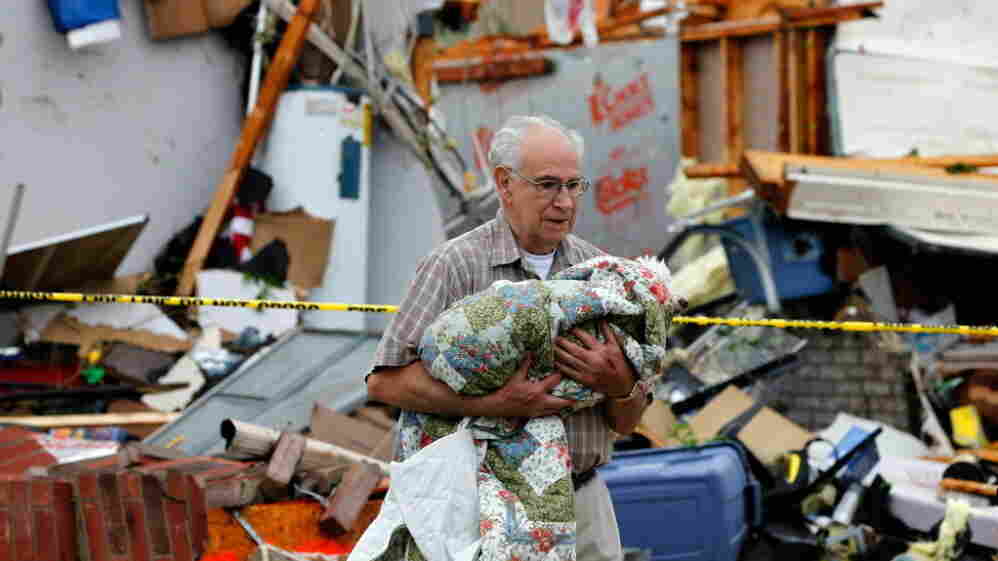 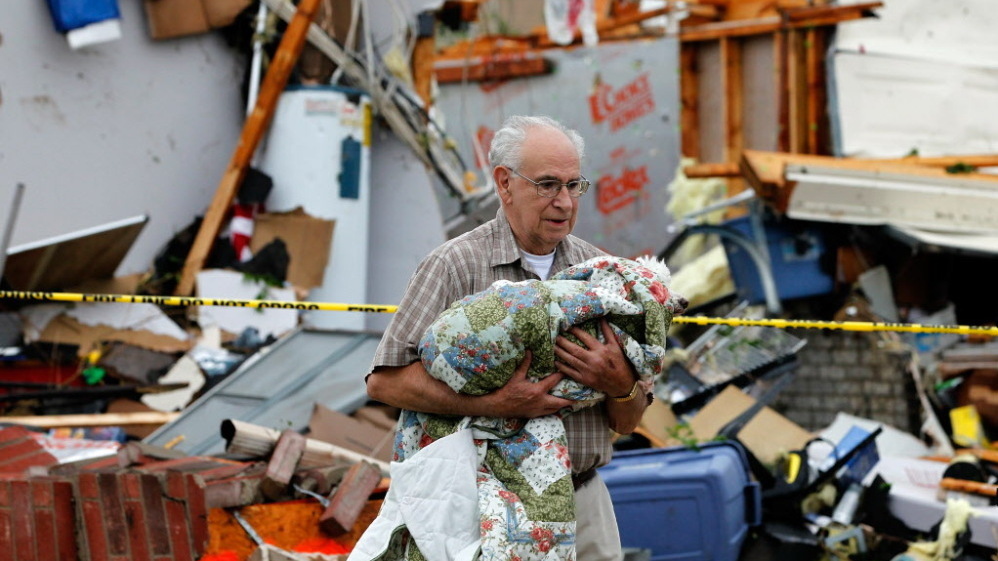 In Arlington, Texas, Tuesday afternoon, David Lowe carried his daughter's dog, Phoebe, away from the rubble.

Tuesday's tornadoes in the Dallas-Fort Worth area produced some amazing videos of truck trailers being tossed into the air and homes being ripped apart.

They left behind a wide trail of destruction. According to The Associated Press, thousands of customers are without electricity this morning and "hundreds of homes [were] pummeled or worse."

On Morning Edition today, NPR's Wade Goodwyn reported that the storm's ferocity caught forecasters by surprise. NPR's Guy Raz, who was at the Dallas-Fort Worth airport, says he and others sheltered for more than an hour in a women's bathroom. The hail hitting the terminal, he says, appeared to be about the size of baseballs.

But perhaps the most amazing news is this: no deaths and only a few injuries have been reported.

"We are only seeing minor injuries, which is amazing with a storm of this magnitude," Lt. Darrel Whitfield of the Arlington Fire Department told Fort Worth's Star-Telegram.

According to Reuters: "The survival rate from a tornado is higher during the daylight hours because people are more likely to hear or see the warnings and take cover, meteorologists said. Twisters are most deadly when people are sleeping at night, they said."