Accessibility links
In Greece, Retiree's Suicide Sparks Protests And Clashes With Police : The Two-Way Overnight, Molotov cocktails and tear gas canisters were flying in Athens as what had been peaceful gatherings turned violent. A 77-year-old man's public suicide has reignited anger over austerity measures. He has put a human face on financial pain.

In Greece, Retiree's Suicide Sparks Protests And Clashes With Police

In Greece, Retiree's Suicide Sparks Protests And Clashes With Police 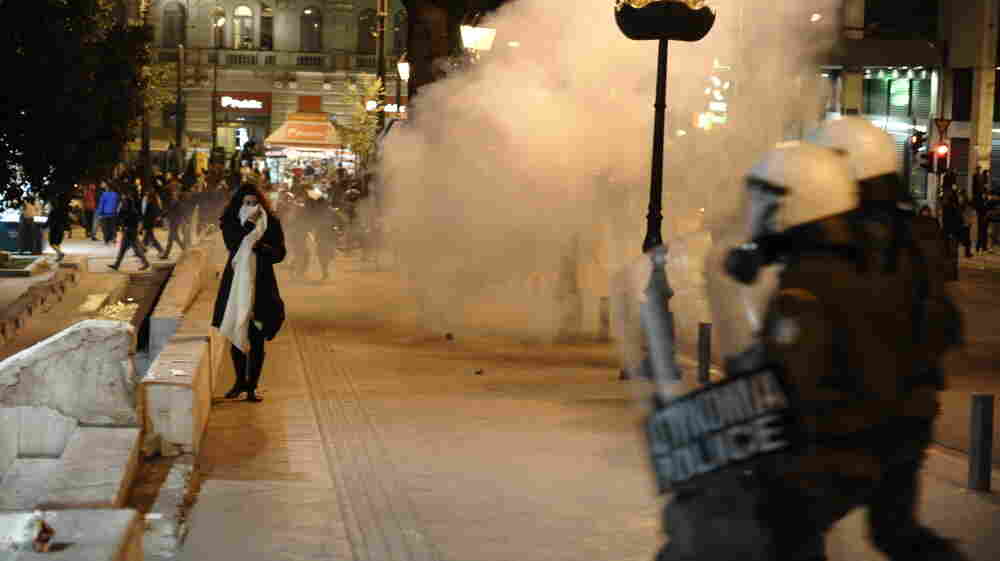 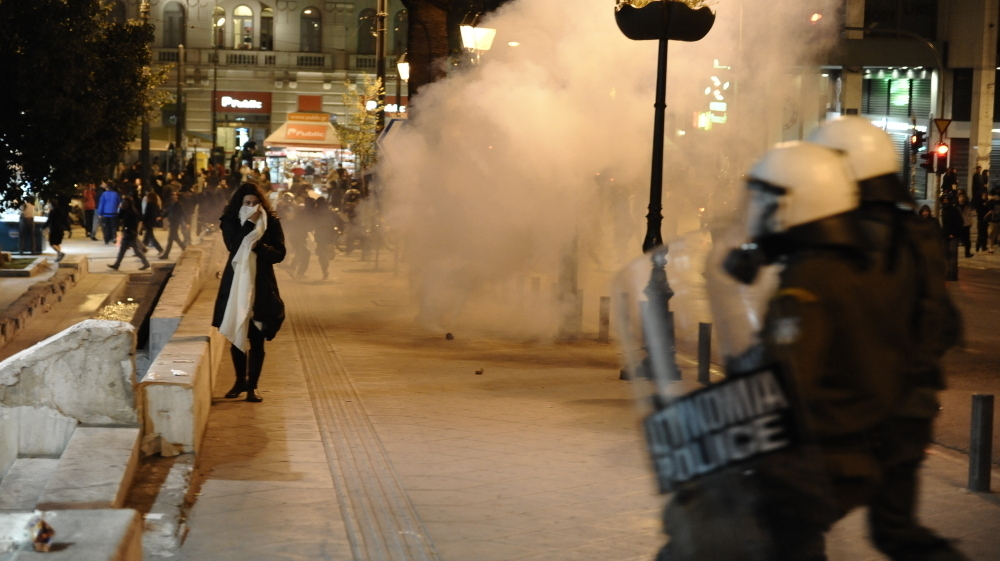 The human toll from the financial crisis in Greece now has a human face.

After 77-year-old retired pharmacist Dimitris Christoulas killed himself Wednesday outside the parliament building in Athens, a suicide note he left was reported to say that he felt he must take a "dignified end to my life" because austerity measures and "annihilated all traces for my survival," particularly his pension.

The news drew Greeks to Athens' Syntagma Square, and last night "protesters clashed with riot police," the BBC reports. It adds that:

The Guardian has posted video of the unrest.

The Guardian adds that today, markets are down in Europe because of the tensions in Greece, and that people have been gathering again in Syntagma Square.

On All Things Considered Wednesday, Joanna Kakissis reported about the suicide and the reaction to it.