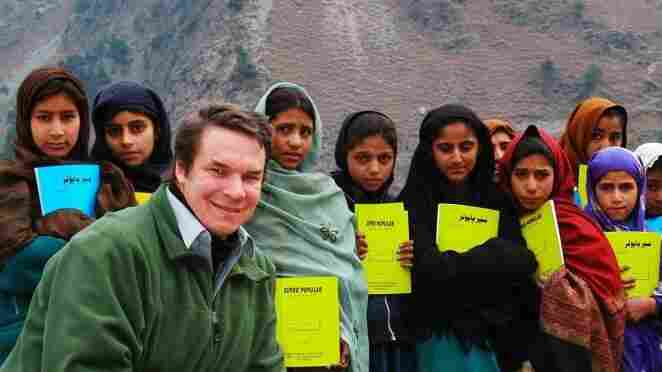 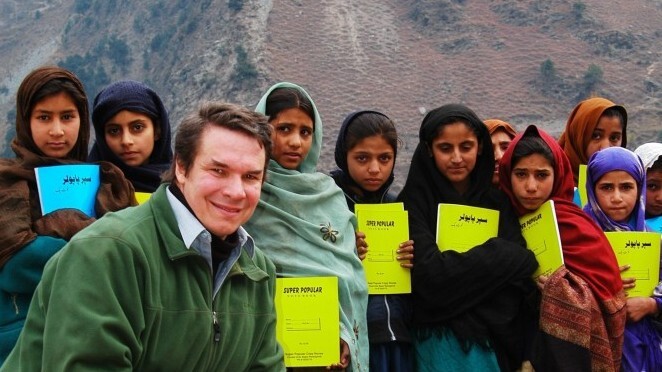 Greg Mortenson, author of Three Cups of Tea and Stone Into Schools, with schoolchildren in Azad Kashmir, Pakistan.

The author of Three Cups of Tea has agreed to repay $1 million to a charity he founded, after the Montana Attorney General's office found that he had mismanaged the nonprofit by spending charity money on personal items.

The AP adds Mortenson pretty much had unchallenged control of the non-profit:

"The result was a lack of financial accountability in which large amounts of cash sent overseas were never accounted for. Itemized expenses listed as program-related were missing supporting receipts and documentation. Employees and family members charged items such as health club dues and gifts to CAI credit cards.

"Mortenson himself reaped financial benefits at the expense of the Central Asia Institute, including the free promotion of Three Cups of Tea and his later book, Stones Into Schools" and the royalties from thousands of copies CAI bought to donate to libraries, schools, churches and military personnel, the report said."

Mortenson has been in the news lately, after CBS' 60 Minutes aired a segment that accused Mortenson of fabricating parts of two of his non-fiction books.

The (Montana) Great Falls Tribune reports that Attorney General Steve Bullock announced the $1 million settlement saying Mortenson's "pursuits are noble, and his achievements are important" but "serious internal problems in the management of CAI surfaced."

The settlement also states that Mortenson will no longer oversee the foundation's finances and will not be a voting member of the board. Two other members of the board — Mortenson allies — will also step down "after a transitional period of 12 months." A new board consisting of no fewer than seven members will be appointed.