Accessibility links
Coast Guard Sinks Japanese 'Ghost Ship' Set Adrift By Tsunami : The Two-Way Photos and video show how the Coast Guard fired on the drifting Ryou-Un Maru to send it to the bottom of the Gulf of Alaska. It was a threat to ships passing through the area. 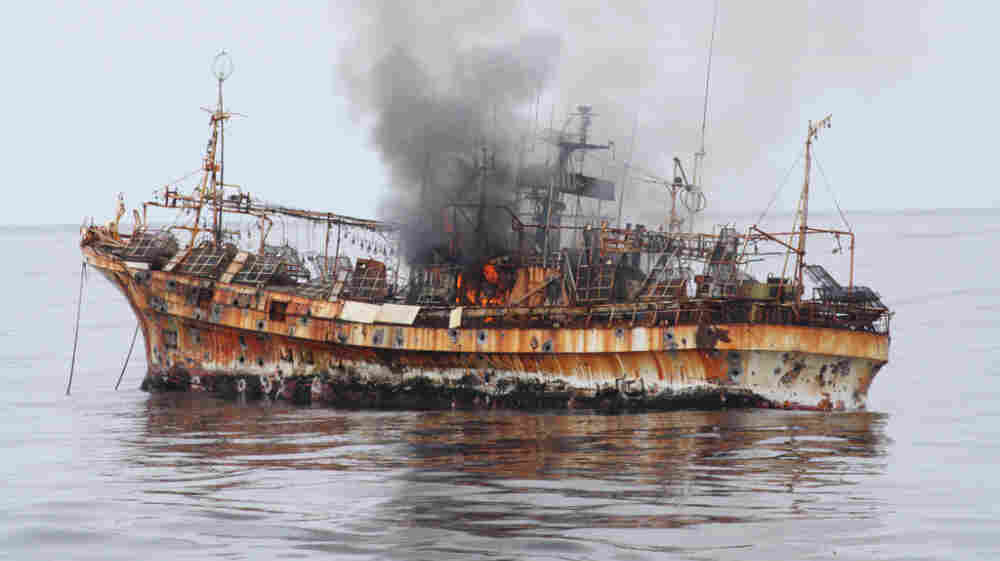 The Ryou-Un Maru after being fired upon and before it sank to the bottom of the Gulf of Alaska. U.S. Coast Guard hide caption 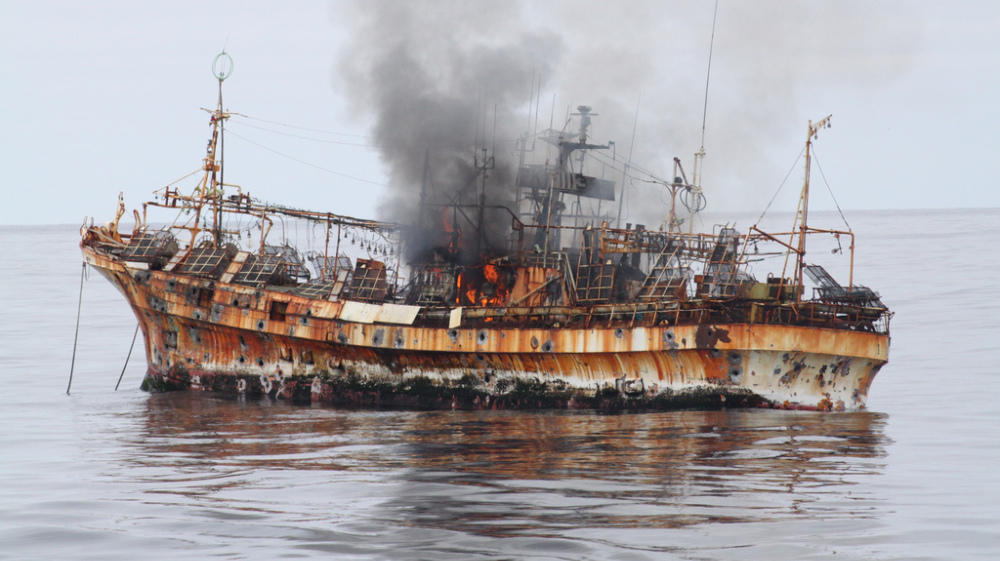 The Ryou-Un Maru after being fired upon and before it sank to the bottom of the Gulf of Alaska.

Photos and some video are showing up from the U.S. Coast Guard's mission Thursday to sink a a 164-foot "ghost ship" that was set adrift by the March 2011 tsunami that hit northeast Japan.

The Ryou-Un Maru, a fishing vessel, had made its way into the Gulf of Alaska, where it threatened ships traveling through that busy area. It was about 180 miles west of Alaska's southeast coast. Thursday, cannon fire from a U.S. Coast Guard cutter set the ship afire. After about four hours, the ship sank into waters about 6,000 feet deep, Chief Petty Officer Kip Wadlow told The Associated Press.

According to Reuters, "the ship's Japanese owner has said it had no plans to salvage the vessel, and Wadlow said it had been slated to be scrapped even before it was swept away by the tsunami."

As we've previously reported, some of the debris taken out to sea by the tsunami may start reaching the shores of Hawaii by the end of this year and the coast of North America between March 2013 and March 2014.