Accessibility links
Poll: Opinion On Trayvon Martin Case Divided Along Racial Lines : The Two-Way Along race lines, Americans disagreed on whether George Zimmerman is guilty in the shooting death of a black teen. 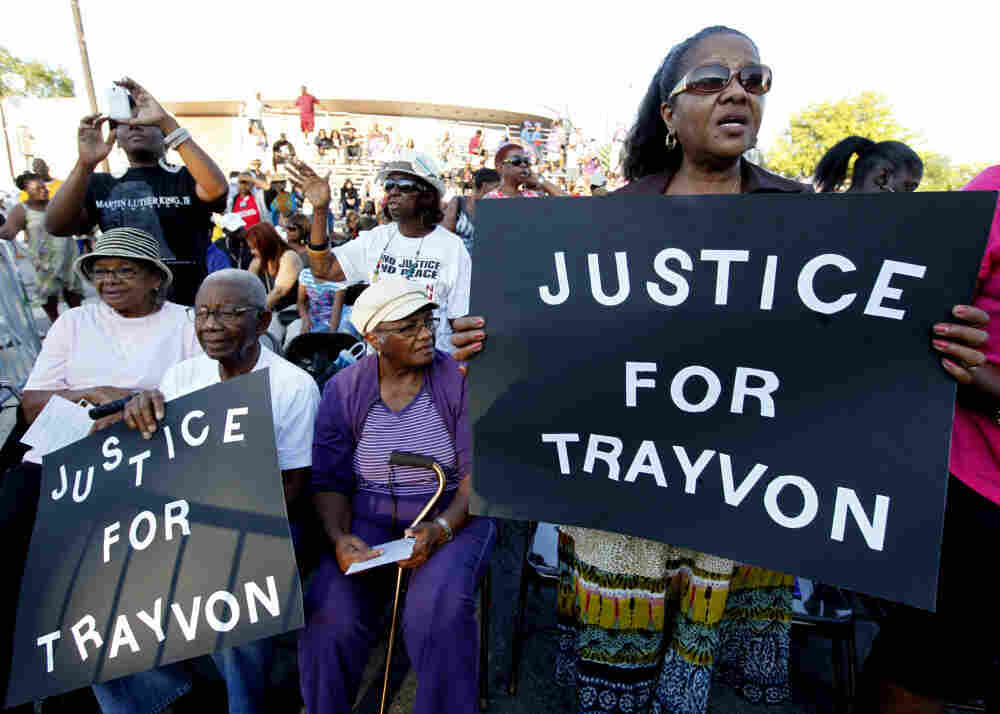 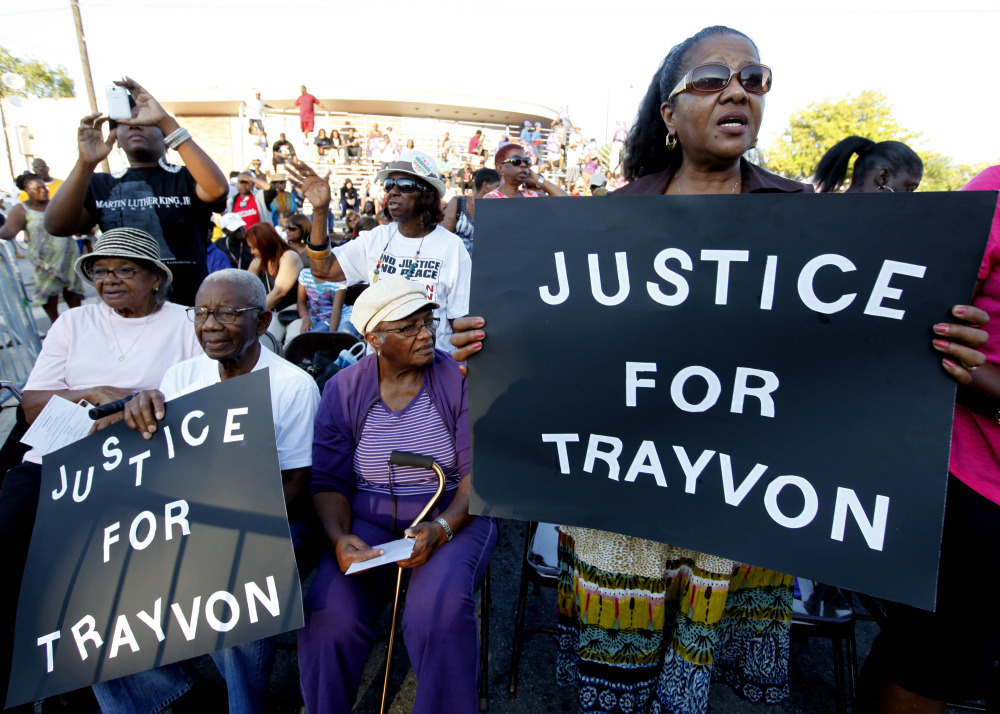 Shirley Jackson (right), a teacher in the Miami-Dade school system, joins hundreds of other people in Miami's Liberty City neighborhood during a rally Wednesday.

The divide was clear when pollsters asked if George Zimmerman, the neighborhood watch volunteer who shot and killed the black, unarmed teenager, was guilty of a crime.

A little more than half of the African-Americans polled said he was "definitely guilty," while only 15 percent of nonblacks shared the same opinion.

-- Blacks were paying more attention to the case.

-- 72 percent of blacks said race played a "major factor" in "the events that led up to the shooting," while 35 percent of nonblacks said the same.

-- Americans were divided by race when pollsters asked if Zimmerman would have "been arrested if the person he shot was white": 73 percent said he would have been arrested; 40 percent of nonblacks said the same.

So what does all of this mean, beyond the obvious? Gallup takes a stab at some analysis tying it to the O.J. Simpson case from the '90s. They write:

"U.S. public opinion about the Trayvon Martin case in Florida reflects the same type of racial divide found in 1995 surveys asking about the murder trial of O.J. Simpson in Los Angeles. In one Gallup poll conducted Oct. 5-7, 1995, for example, 78% of blacks said the jury that found Simpson not guilty of murder made the right decision, while only 42% of whites agreed.

"The situation in the Trayvon Martin case is different from the Simpson situation, however, because the victim, rather than the alleged perpetrator, is black. Still, both situations, even though 17 years apart, apparently tap into the same deeply felt views of the average black American that the criminal justice system in America is biased against blacks. Underscoring this conclusion, a 2008 Gallup Minority Rights and Relations survey found that 67% of blacks said the American justice system was biased against blacks, a viewpoint only 32% of non-Hispanic whites agreed with."