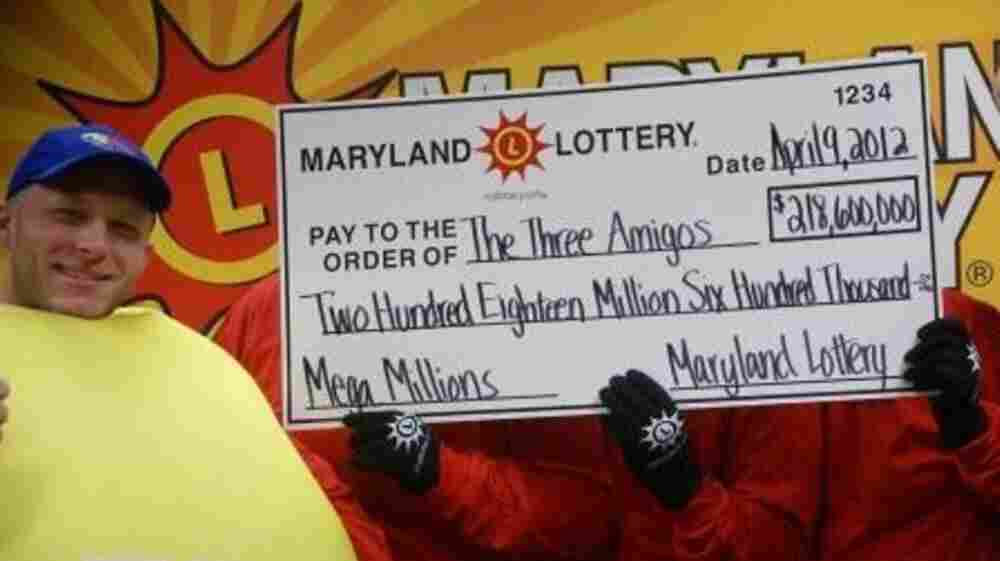 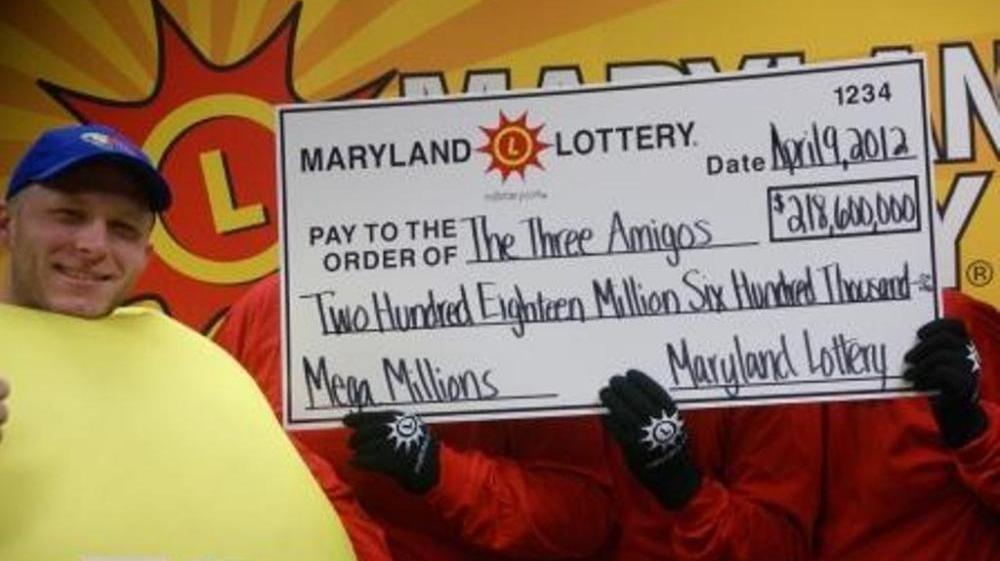 The three anonymous Mega Millions winners celebrate their $218.6 jackpot with a lotto friend.

Three Maryland public school employees have come forward to claim their portion of the gigantic Mega Millions lottery prize drawn on March 30th. Unlike lotto poseur Mirlande Wilson who held a news conference and talked to the press about her imaginary fortune, these three decided to remain anonymous.

Maryland lottery director Stephen Martino says the trio is referring to themselves as 'The Three Amigos' and released limited information about the winners. One is a woman in her 20's, another is a man in his 40's and the third is a woman in her 50's. All three are public school educators in Maryland.

Martino says each works at least two jobs to make ends meet but wouldn't reveal more about them.

The trio, who don't work in the same school, each contributed $20 to a pool and one winner bought all the tickets from three different places. Instead of getting several numbers printed on a single sheet, they printed out 60 individual tickets, so when they finally arrived at lottery headquarters, they produced 60 slips of paper.

Martino says the lottery staff checked the other 59 tickets to see if the trio won any more money, and they had - just $1.

While imaginary winner Wilson was teasing her co-workers at McDonald's, saying she'd hidden the winning ticket in the restaurant in a secret location only she knew about, Martino says the trio placed their ticket in a safe, contacted financial advisers and hired attorneys to ensure their privacy. As Wilson's antics made the news, they privately chuckled and texted each other.

They've got reason to smile - their winning ticket was worth $218.6 million. The trio chose the lump sum option for their ticket, worth $158 million dollars, and after taxes, their claim is reduced to $105 million. Split three ways, each of the Three Amigos will receive a check for nearly $35 million.