Zimmerman Arrested On Murder Charge In Martin Case; Will Plead Not Guilty

Zimmerman Arrested On Murder Charge In Martin Case; Will Plead Not Guilty 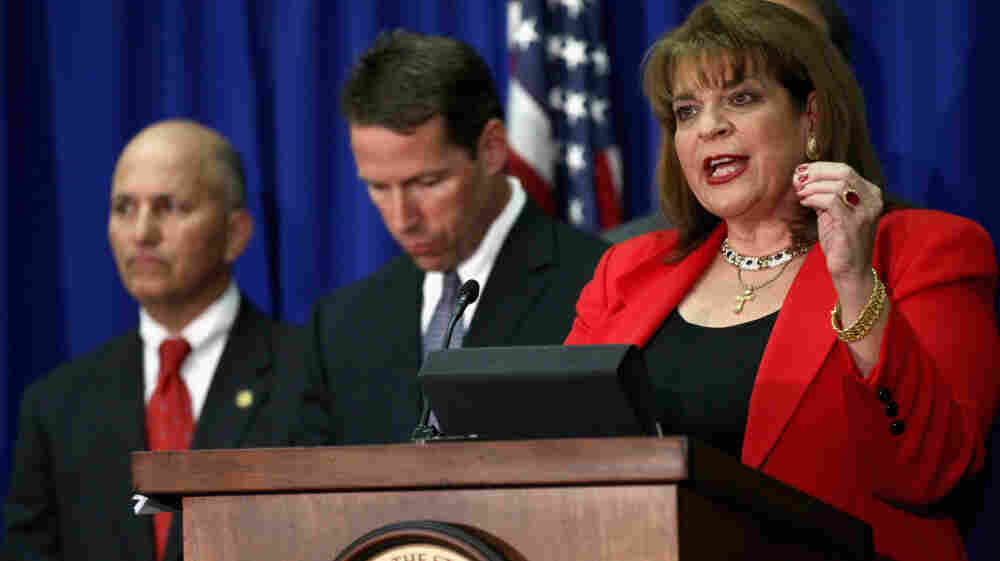 State Attorney Angela Corey announces that George Zimmerman has been arrested and charged with second-degree murder in the shooting death of Trayvon Martin in Florida. Win McNamee/Getty Images hide caption 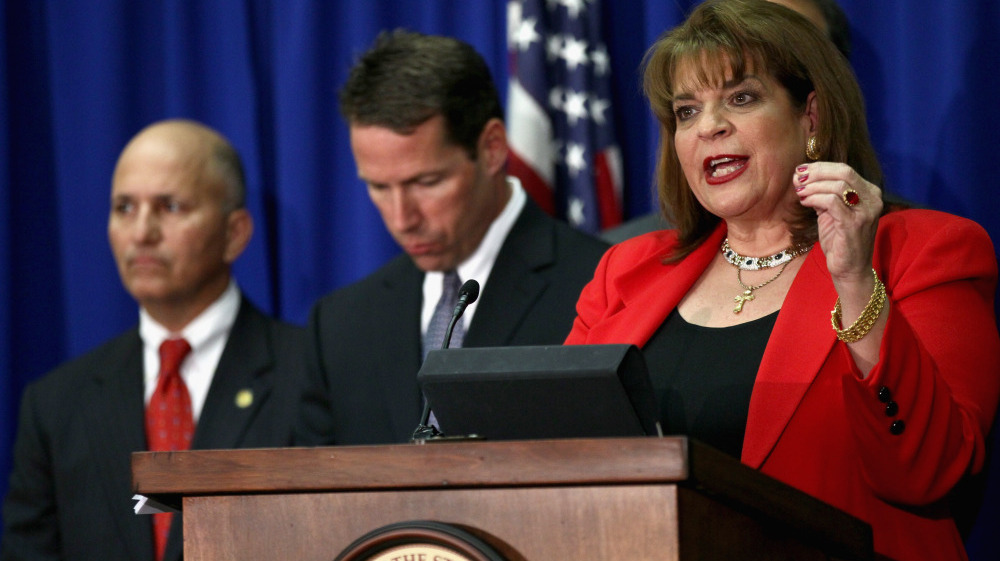 State Attorney Angela Corey announces that George Zimmerman has been arrested and charged with second-degree murder in the shooting death of Trayvon Martin in Florida.

Corey said that Zimmerman turned himself in to the authorities Wednesday.

The arrest and charges come more than six weeks after Zimmerman, a neighborhood watch volunteer, shot Trayvon, an African-American who was 17 when he died. Zimmerman, 28, was not jailed or charged after the Feb. 26 shooting. Since then, the case has become a cause of both outrage and contention. 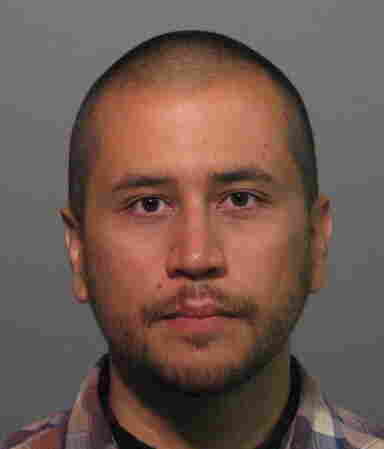 Update at 7:23 p.m. EDT: Zimmerman plans to plead not guilty to murder in the Trayvon Martin shooting, according to his defense attorney, says the AP. Orlando's Local 6 TV station has identified Mark O'Mara as Zimmerman's new lawyer. And after the charges were announced, the station reported O'Mara saying: "I'm expecting a lot of work and hopefully justice in the end."

Local 6 added that O'Mara said that Zimmerman is doing "OK," but that he is also concerned about his future. The attorney said his client was "troubled" by the charges.

Update at 7:07 p.m. EDT: Tracy Martin, Trayvon's father, thanked the family's supporters for their compassion in a news conference held after Corey announced the charges. He later said of Zimmerman, "It feels good to know that he's off the street."

Update at 6:45 p.m. EDT: "We simply wanted an arrest," said Trayvon Martin's mother, Sybrina Fulton, in reaction to the news. "We wanted nothing more, nothing less. We just wanted an arrest, and we got it."

Update at 6:27 p.m. EDT: Corey said she has spoken with Martin's parents about bringing the murder charge against Zimmerman.

"They now know that charges have been filed," Corey said of Martin's parents. "We're very proud of the job that law enforcement has done."

Asked by reporters about potential sentences that might be sought against Zimmerman, Corey refused to speculate. She would also not clarify his whereabouts, other than to say he is in custody and in Florida. And a location for the trial has not been set.

The charges reportedly carry a maximum sentence of life in prison.

In addition to sparking a national discussion about race, the Trayvon Martin case has also brought new scrutiny to states that have a "stand your ground" law, which expands the circumstances under which people can make a claim of self defense.

The charge of second-degree murder is often made in cases in which prosecutors believe that a killing was intentional, but not premeditated.

On Monday, Corey announced that she would not be taking the case to a grand jury this week — a sign that many interpreted as meaning that Zimmerman would not be facing a charge of first-degree murder. As a state attorney, Corey is an elected official in Florida. She announced the charges in her home district of Jacksonville, which is more than 100 miles north of Sanford.

Zimmerman has not made any public appearances since the shooting; his whereabouts have been the subject of much speculation.

News of Zimmerman's arrest comes one day after his attorneys, Craig Sonner and Hal Uhrig, announced that they would no longer be representing him.

As we reported earlier today, Martin's parents said they had not confirmed any new developments as of early Wednesday afternoon. 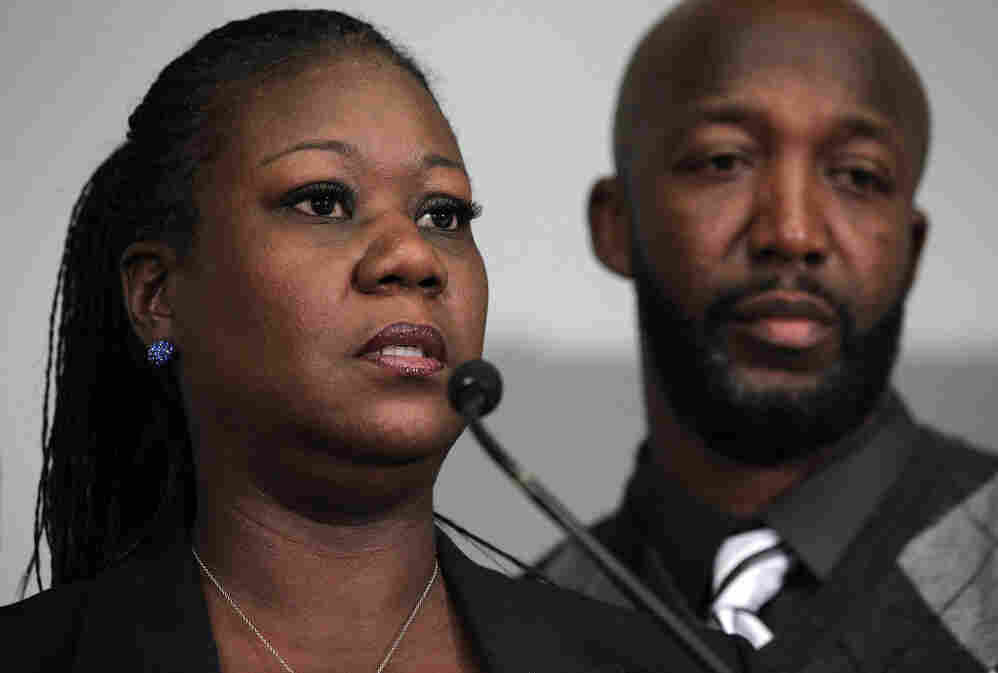 Sybrina Fulton and Tracy Martin, the parents of Trayvon Martin, who was killed by neighborhood watch volunteer George Zimmerman, spoke at a a news conference in Washington Wednesday. In Florida, Zimmerman has been arrested and charged with second-degree murder. Alex Wong/Getty Images hide caption 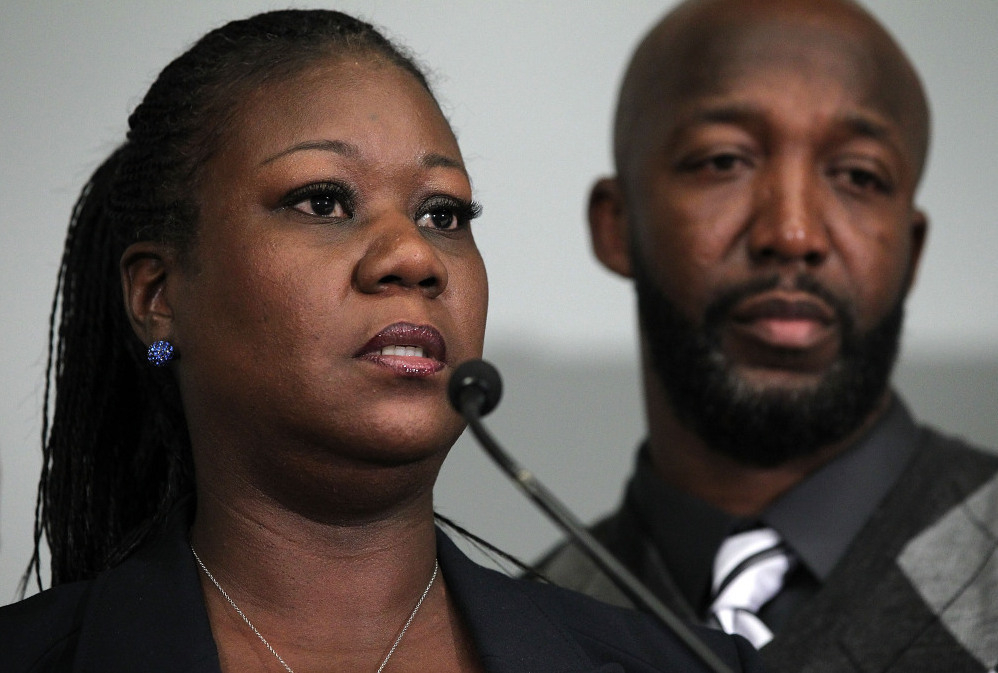 Sybrina Fulton and Tracy Martin, the parents of Trayvon Martin, who was killed by neighborhood watch volunteer George Zimmerman, spoke at a a news conference in Washington Wednesday. In Florida, Zimmerman has been arrested and charged with second-degree murder.

"I know beyond a shadow of a doubt, justice will be served" in the case, Martin's mother, Sybrina Fulton, told the AP.

Hours before Corey's announcement, Florida Gov. Rick Scott issued a statement, in which he urged "all Florida citizens to allow our justice system to reach an appropriate conclusion in this case."

And civil rights leader Rev. Al Sharpton, who spoke with Martin's parents Wednesday at an event held by his National Action Network group in Washington, D.C., called for their supporters to remain peaceful as the investigation continues.

"Trayvon's name must not be tarnished," Sharpton said.