Accessibility links
Vermont Governor Has Bear Encounter : The Two-Way When four bears were raiding his bird feeders, Gov. Peter Shumlin thought he might be able to shoo them away. He ended up sprinting for safety — barely escaping, you might say. 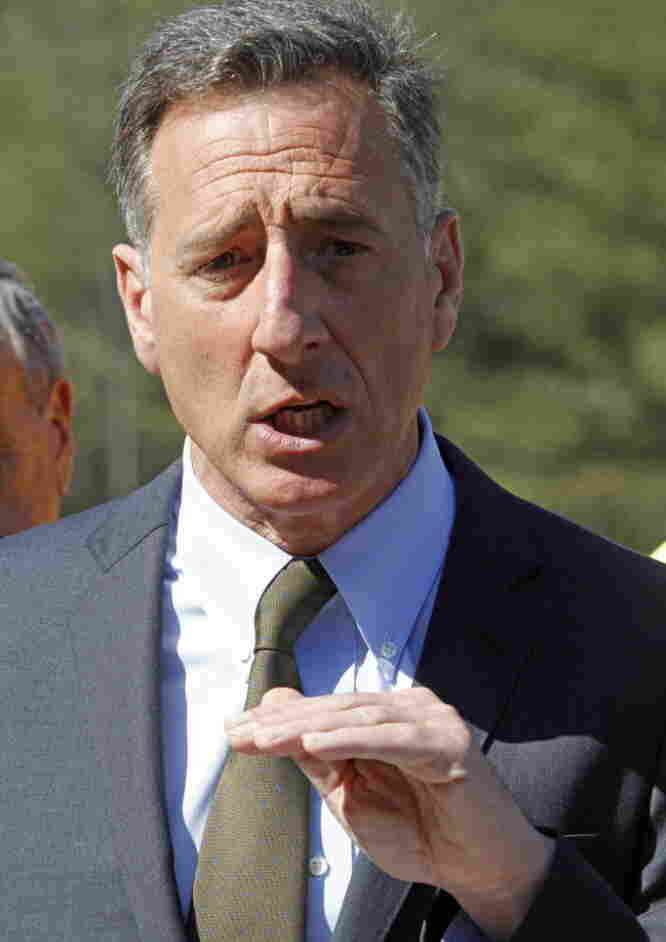 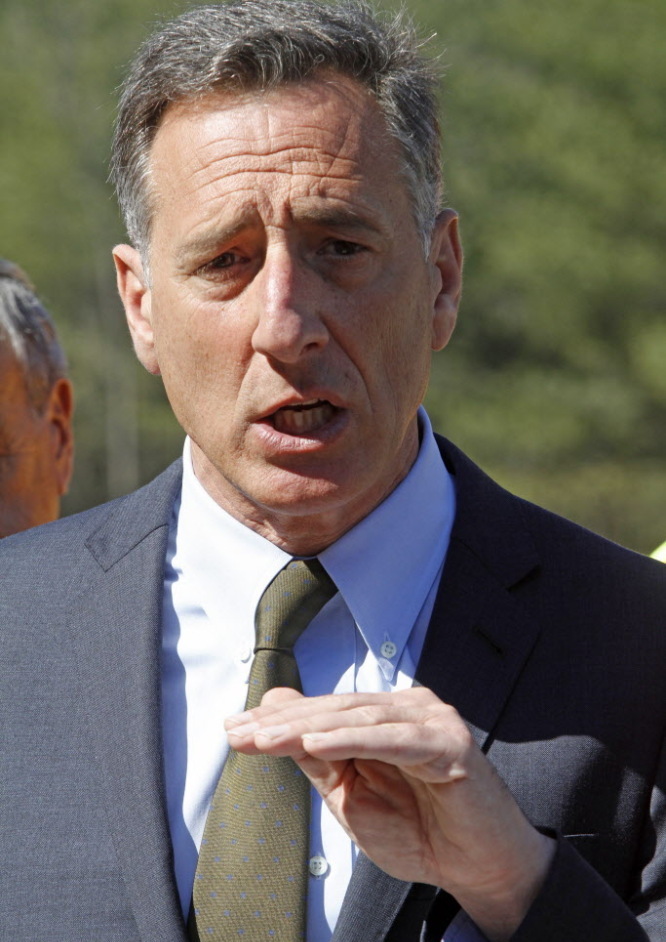 Bears are in the news again.

Tuesday, there was the guy in Los Angeles who was texting-while-walking and almost bumped into a 400-pound black bear. The close encounter with an ursine was caught on video.

Vermont Gov. Peter Shumlin (D) returned to his rental home Wednesday night in Montpelier to see four bears "feasting" on the bird feeders in the backyard, the Valley News reports. And he decided, Shumlin told the newspaper, to try to shoo them away so that he could save the feeders from destruction. The story continues:

" 'First, I scare them away, and they keep coming back,' Shumlin said. ... 'So I go out and grab two of the feeders, run back into the house, then they come back, they knock the suet out, then knock the big feeder down, and they are going at it.' Shumlin said he went outside again, and found a bear more aggressive then he expected.

" 'The (bear) charges me on the porch — I'm tearing through the door. You almost lost the governor,' Shumlin joked. 'Security was not there. I was within three feet of getting arrrh.' "

The Burlington Free Press writes that:

"On the bright side, Shumlin is an avid runner, so he said he was able to move pretty quickly away from the bears. On the negative side, the governor said he wasn't exactly dressed for an outdoor tangle with wildlife. 'Real Vermont boys don't wear pajamas,' he said."

A little TMI, for us, governor.

He says he's now going to heed the advice of experts who say Vermonters need to bring their bird feeders in once the weather gets warm to avoid attracting bears.