Accessibility links
Ted Nugent Stands Firm, Secret Service To Look Into His Words About Obama : The Two-Way The rocker told NRA members that he will either be "dead or in jail" next year if President Obama is re-elected. Nugent says that was not some sort of veiled threat.

Ted Nugent Stands Firm, Secret Service To Look Into His Words About Obama

Ted Nugent Stands Firm, Secret Service To Look Into His Words About Obama

For telling National Rifle Association members over the weekend that "I will either be dead or in jail by this time next year" if President Obama is re-elected, rocker Ted Nugent has now attracted the attention of the Secret Service.

"We are aware of the incident, and we are conducting appropriate follow-up," Secret Service spokesman Brian Leary says.

Nugent, who is known for his conservative views, love of guns and for saying things about liberals that many find offensive, isn't backing down.

"I will stand by my speech," he said on the Dana Loesch radio show Tuesday. "It was 100 percent positive. It's about 'we the people' taking back our American dream from the corrupt monsters in the federal government under this administration and the communist czars [Obama has] appointed." 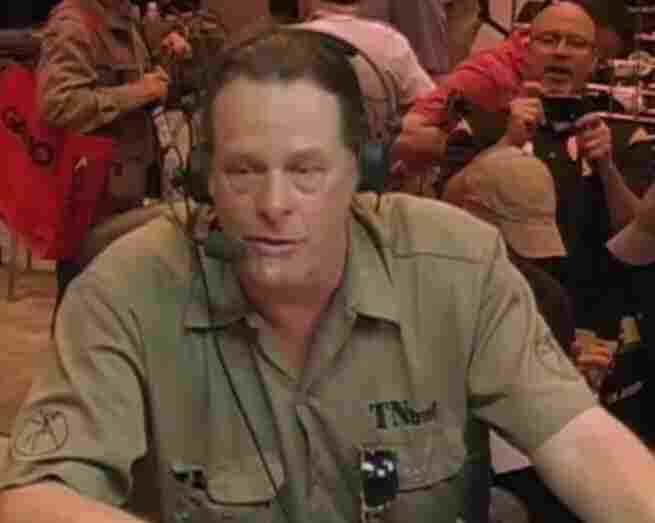 Ted Nugent, during his appearance at the NRA convention over the weekend in St. Louis. NRA Videos hide caption 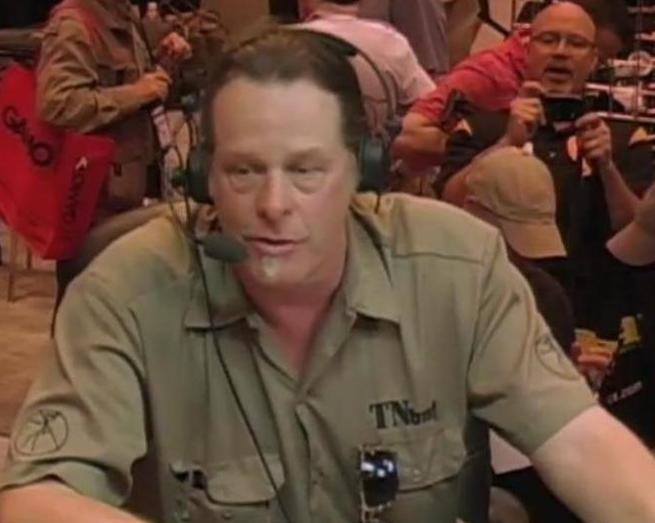 Ted Nugent, during his appearance at the NRA convention over the weekend in St. Louis.

"I've never in my life threatened anyone's life," he added.

Judge for yourself. The NRA has posted video of Nugent's appearance. Fast forward to about the 5:00 mark if you want to focus on the "dead or in jail" comment.

During the 2008 presidential campaign, Nugent infamously and profanely expressed his opinion of Obama and Hillary Rodham Clinton.

Andrea Saul, a spokeswoman for the Romney campaign issued a statement Tuesday saying that "divisive language is offensive no matter what side of the political aisle it comes from. Mitt Romney believes everyone needs to be civil."

So we can now add Nugent's "dead or in jail" remark to the expanding list of campaign controversies, which last week saw the addition of Democratic consultant Hilary Rosen's comment that Ann Romney has "never worked a day in her life."