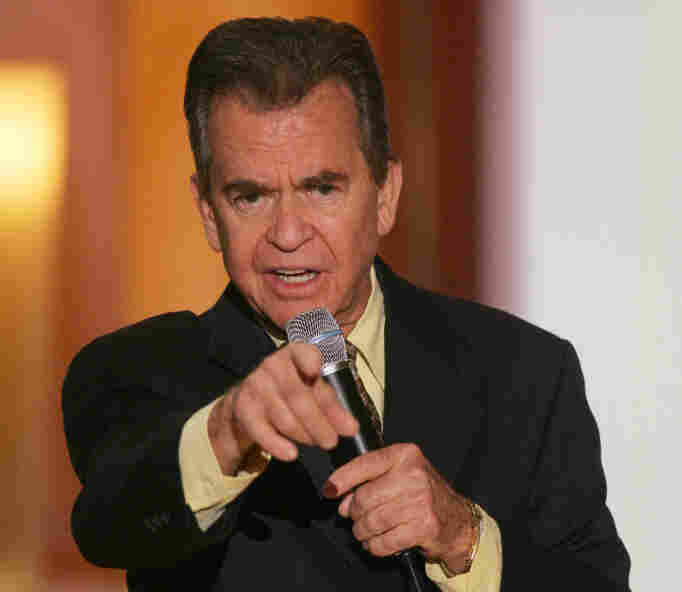 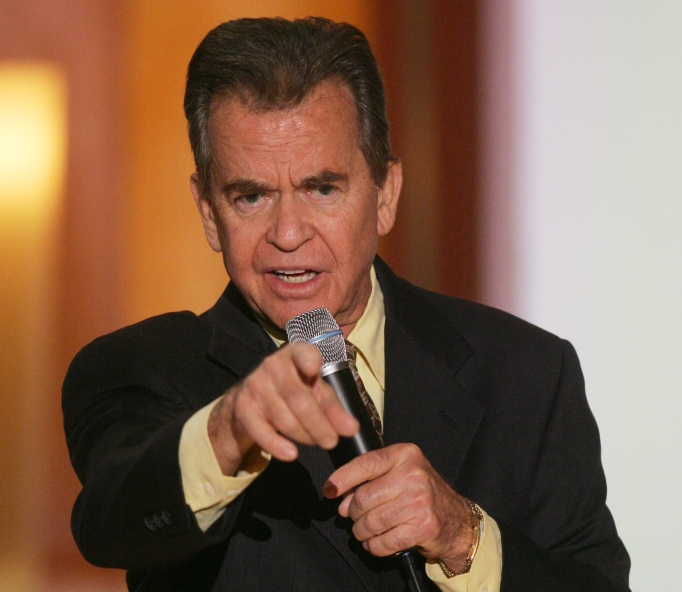 Dick Clark, the legendary television producer who became a national icon with American Bandstand in 1950s, has died. He was 82.

Clark, known as the the "world's oldest teenager," produced American Bandstand for over 30 years.

"The original American Bandstand was one of network TV's longest-running series as part of ABC's daytime lineup from 1957 to 1987. Over the years, it introduced stars ranging from Buddy Holly to Michael Jackson to Madonna," the AP writes.

To younger audiences, he is perhaps best known for hosting ABC's New Year's Eve special. He started hosting that in 1972. In 2004, Clark suffered a stroke that affected his speech. Still, he continued to make television appearances.

Clark's spokesman confirmed his death to NPR, but he did not provide a cause of death.

Here's a bit of reaction to Clark's death:

-- "Dick Clark was eternally young. No matter what culturally phenomenon was happening, he always embraced it. RIP..." — Russell Simmons

NPR's Neda Ulaby has a Dick Clark obit here. She quotes music historian John Jackson, who says that when Clark hosted American Bandstand, "he was the only national disc jockey."

"People today can't imagine how much power he had," Jackson said.

The New York Times has its obit here.

"I am deeply saddened by the loss of my dear friend Dick Clark. He has truly been one of the greatest influences in my life. My thoughts and prayers are with his family."

The AP, ABC News and The New York Times are reporting that Clark died of a heart attack today. The AP reports that Clark died at Saint John's hospital in Santa Monica, "where he had gone the day before for an outpatient procedure."

The Times has a bit more on Clark's most recent appearances:

"Mr. Clark and his countdown show, 'New Year's Rockin' Eve,' have been synonymous with New Year's Eve for decades. His role on the program was scaled back after he suffered a stroke in 2004, but he was back last December to count down to midnight and kiss his wife, Kari.

"In an interview via e-mail last December, Mr. Clark said he presumed that for many viewers, it's 'comforting to see a familiar face who has been there for the past 40 years.'

"He added that for viewers who have a physical disability, his appearances 'may serve as a source of inspiration.'"

Clark is survived by his wife and three children.