Accessibility links
Britain Releases World War II Code-Breaking Papers : The Two-Way Two papers by Alan Turing, who was instrumental in breaking the German Enigma codes, are released by British spy agency to mark the centenary of the mathematician's birth. 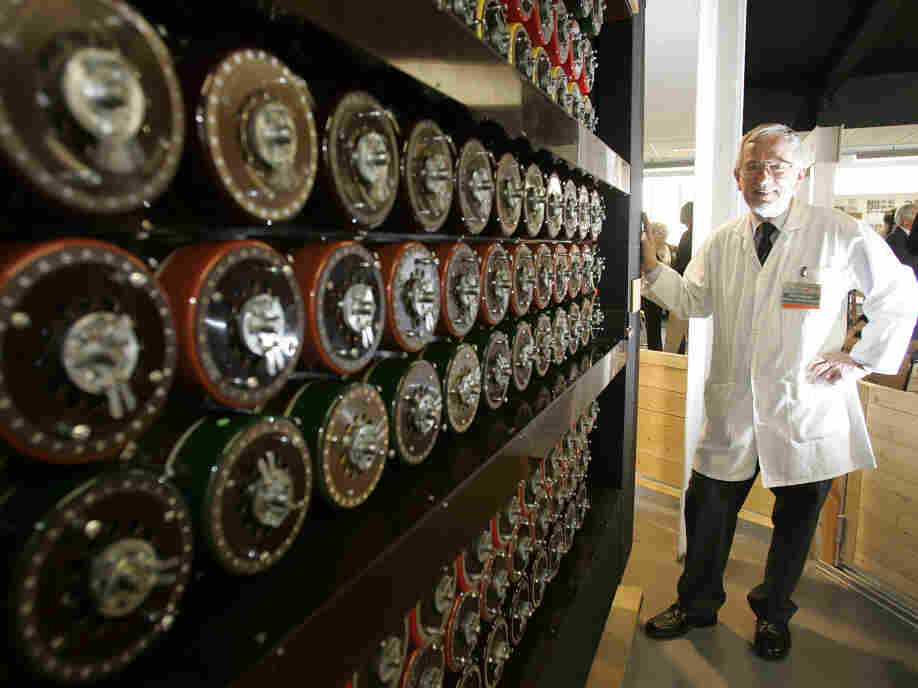 Mike Hillyard, a volunteer who helped build a replica of the Turing Bombe machine, stands beside the machine at Bletchley Park in Milton Keynes, England, in 2009. Akira Suemori/AP hide caption 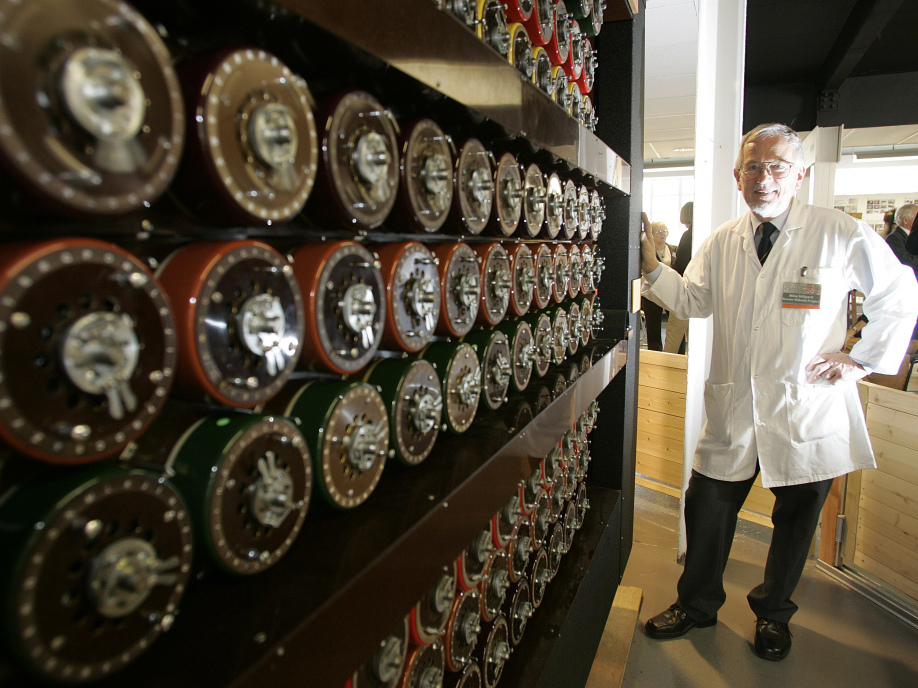 Mike Hillyard, a volunteer who helped build a replica of the Turing Bombe machine, stands beside the machine at Bletchley Park in Milton Keynes, England, in 2009.

The British government has released two 70-year-old papers written by Alan Turing, the mathematical mind who was instrumental in breaking the German Enigma codes during World War II.

The BBC says the U.K.'s Government Communications Headquarters was releasing the papers on the occasion of the centenary of Turing's birth. The GCHQ, the British equivalent of America's National Security Agency, is quoted as saying that the typed papers with handwritten notes had previously been restricted because of their "tremendous importance."

One paper, entitled "The Applications of Probability to Crypt", and another, "Paper on the Statistics of Repetitions," discuss the mathematical foundations of modern code-breaking.

Turing, whose work at Britain's supersecret Bletchley Park involved the use of electro-mechanical machines known as Turing bombes, is also considered the father of the computer.

Turing and the Bletchley Park team were tasked with breaking the sophisticated codes used widely within the German Wehrmacht, particularly by the submarine forces.

The codes changed daily, and were generated and decoded by a typewriter-like device called the Enigma machine, which employed a series of preset wheels to encrypt messages. The Turing bombes were used to identify the correct settings for the wheels that in turn were used with captured Enigma machines to decipher German military communications.

A GCHQ mathematician, who only identifies himself as Richard, tells the BBC that the papers detailed using "mathematical analysis to try and determine which are the more likely settings so that they can be tried as quickly as possible."

Richard said that GCHQ had now "squeezed the juice" out of the two papers and was "happy for them to be released into the public domain."