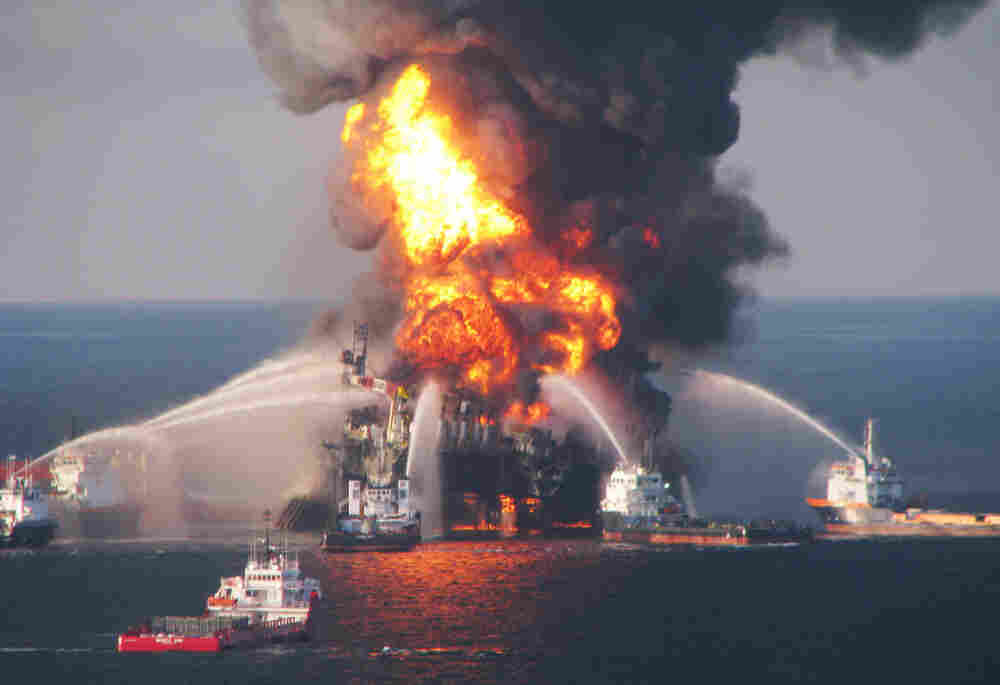 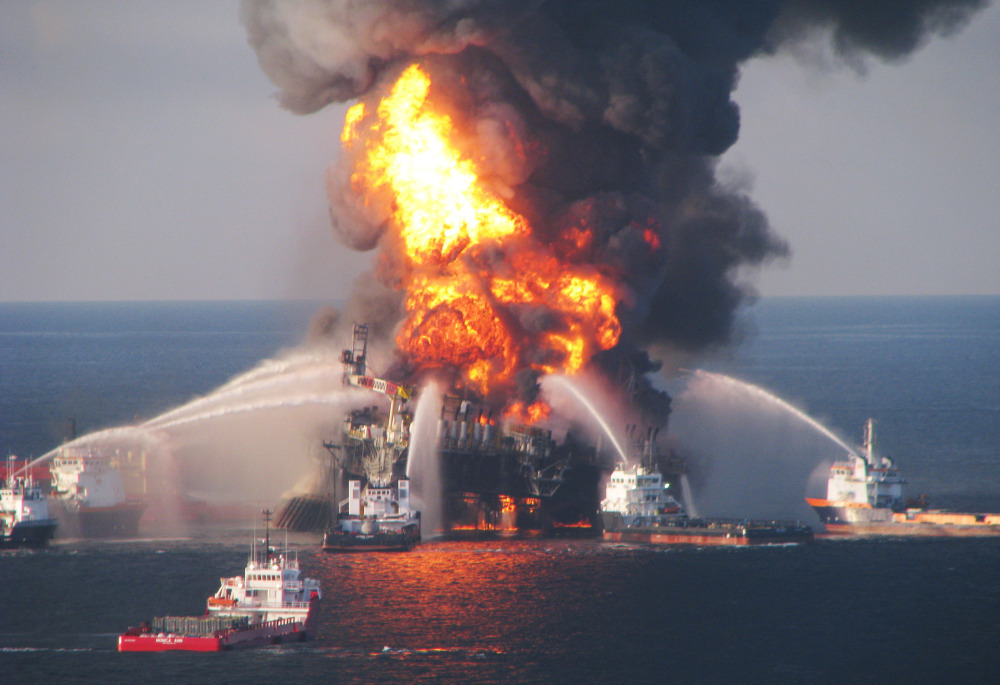 Fire boats battle a fire at the off shore oil rig Deepwater Horizon in April of 2010.

Carrie just told our Newscast unit that Mix has been charged with obstruction of justice for allegedly deleting text messages after the spill. The texts were related to the amount of oil gushing into the Gulf. Mix will make his first appearence in court today.

Carrie adds that there has been an expectation that criminal charges would be brought against individuals, but this is the first person charged since the spill happened two years ago.

These are preliminary charges and a law enforcement official says there are more charges to come, Carrie reports.

We'll have more on this story as it develops.

The Justice Department has now made the arrest and charges public, issuing a press release on its website. Essentially the Justice Department claims that Mix, who at the time was "a drilling and completions project engineer for BP," deleted hundreds of text messages even after he was notified that he was legally obligated to preserve them.

In one instance on Oct. 4, 2010, Justice claims that Mix allegedly deleted about 200 messages exchanged with a BP supervisor. In it, Mix admits that a maneuver called Top Kill, in which BP injected heavy fluids into the well to try to stop the flow of oil, was failing.

"Too much flowrate – over 15,000," one of the text messages read, according to Justice, which also said some of those messages were recovered forensically.

The Justice Department says if Mix is convicted of the charges he faces a maximum penalty of 20 yeas in jail and a $250,000 fine for each of the two counts of obstruction of justice.

To provide a bit of background: The oil spill started after an explosion rocked the Deepwater Horizon oil rig in the Gulf of Mexico. As our friends at StateImpact reported earlier this month to mark the two-year anniversary, this was "the biggest accidental oil spill in history" and dumped more than 200 million gallons of oil.