Accessibility links
Marines Decide To Dismiss Sergeant For Facebook Comments About Obama : The Two-Way Sgt. Gary Stein, 26, said the commander in chief was "the economic and religious enemy."

Marines Decide To Dismiss Sergeant For Facebook Comments About Obama

Marines Decide To Dismiss Sergeant For Facebook Comments About Obama

A U.S. Marine sergeant who posted critical comments about President Obama on his Facebook page will be dismissed with an "other-than-honorable discharge," the Marine Corps said today. 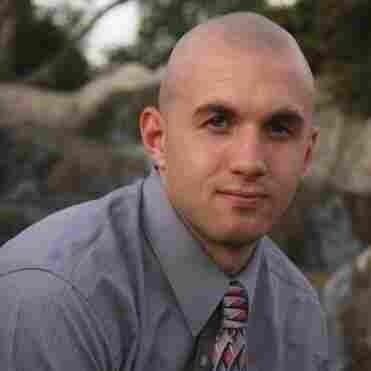 Brig. Gen. Daniel Yoo agreed with a recommendation handed down by a Marine Corps administrative board earlier in the month. As Mark reported, "the case against Sgt. Gary Stein, 26, has raised questions about how far the military can go to restrict the First Amendment rights of its personnel."

On his Facebook page, Stein called President Obama a coward and said he was "the economic and religious enemy."

The Los Angeles Times reports the board found that his comments were disruptive to "'good order and discipline' and violated military law." The Times adds:

"Yoo is commanding general of the Marine Corps Recruit Depot San Diego. A weather forecaster, Stein had recently lost his security clearance and was working as a scheduler on the rifle range at Camp Pendleton.

"A Marine spokesman said Yoo 'found the [separation] board was conducted in accordance with law and regulation, that the findings of misconduct were supported by the evidence of record, and thus approved the board's recommendation.'"

The AP reports that an attorney for Stein said he would appeal the decision and file another complaint in federal court. "A federal judge previously denied a request to block military discharge proceedings against Stein," the AP writes.

Stein posted this note today on his Facebook page:

"I have spent the last 9 years honorably serving this great nation and the Corps. Even though I will be discharged no one can take the title of Marine away from me. I thank my family and friends for their support and love. Today is just the start of the rest of my life. Semper Fi."