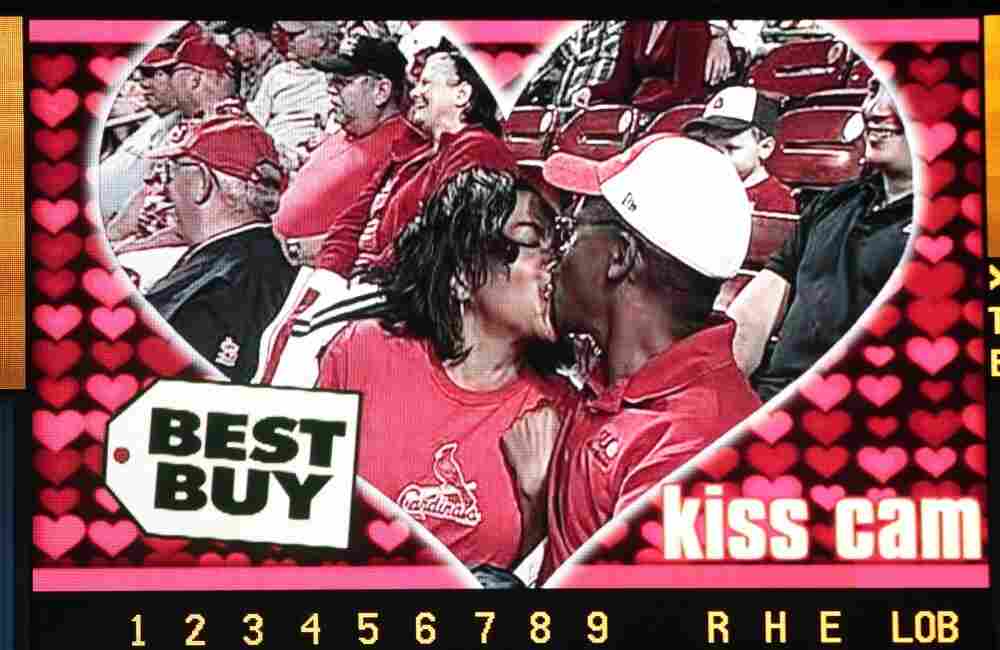 The video board at Busch Stadium is seen during a popular between-inning feature known as "Kiss Cam." Jeff Roberson/AP hide caption 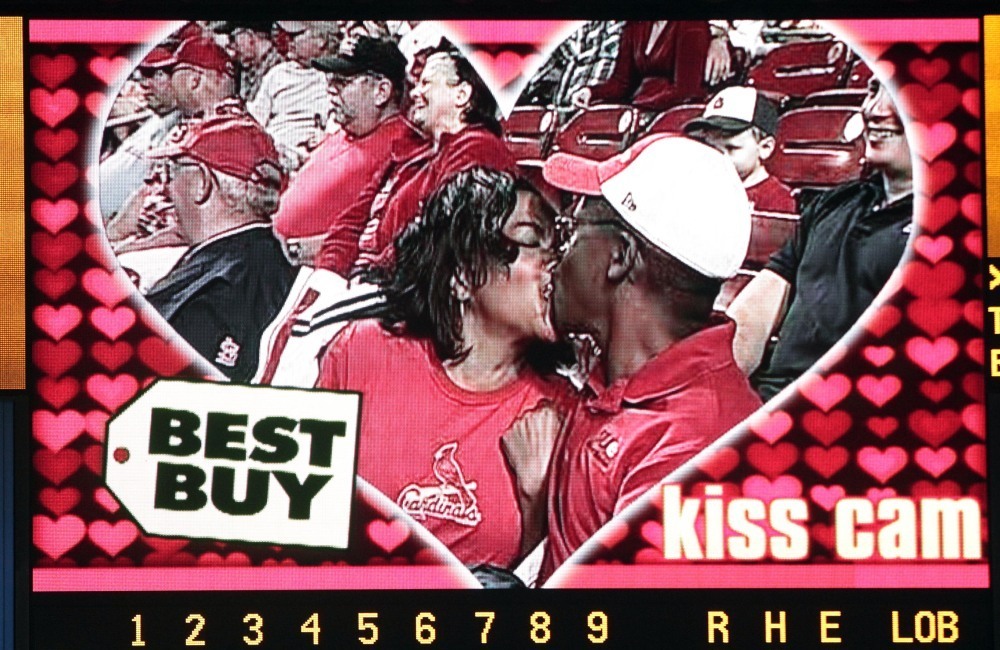 The video board at Busch Stadium is seen during a popular between-inning feature known as "Kiss Cam."

Yesterday, in the San Francisco Chronicle, columnist Gwen Knapp hailed a tweet from an Oakland Athletics' player as the dawn of the "age of enlightenment."

In short, pitcher Brandon McCarthy sent out a tweet that suggested the "Kiss Cam" — a feature shown on scoreboards across the country in which a camera focuses on couples in hopes of a kiss — was anti-gay.

"They put two guys on the 'Kiss Cam' tonight," McCarthy tweeted. "What hilarity!! (by hilarity I mean offensive homophobia). Enough with this stupid trend."

The tweet is from last week, but it's just now making its way across the country thanks in part to Knapp's column in which McCarthy expanded on his tweet.

"There's that stupid, little comedic value of it if you don't really think about what it implies," he told Knapp. "It kind of got old on that level. Then I actually started thinking about why we were supposed to be laughing, and it bugged me.

"The whole thing bugs me on a non-homophobic level, because it's awkward," he said. "... I just hate it."

McCarthy also found some detractors on Twitter, who complained he was being a cynic by believing the stadium feature was meant as dig against gays.

"Who said the intentions were for people to laugh at [the two men]?" asked @speefmoney.

Also, this isn't the first time the Kiss Cam has been in trouble. As CBS Sports reported that back in 2010, the Kiss Cam at an NFL game "showed two men sitting beside each other wearing jerseys of the opposing Arizona Cardinals."

"The juvenile message was clear — "Get it? Arizona fans are gay ! Har Har!" — and homosexuals in the crowd took offense," CBS wrote.

In reaction, one man, The St. Louis Post-Dispatch reported, even led an effort to get same-sex couples on the cam at baseball games.

A Cardinal's spokesman told the paper that the Kiss Cam has always had an element of awkwardness.

"Do you pick a guy and a girl? And what if you pick someone who is not together? And two guys and two girls? Same thing. You'd be in a total mess," Chris Tunno told the Post-Dispatch in 2010.

What do you think? Is the Kiss Cam homophobic or just a silly joke?