Accessibility links
Deal To Move Marines From Okinawa Will Cut Their Presence About In Half : The Two-Way Under a plan announced overnight, about 9,000 Marines will go to Guam and other places in the Pacific. Around 10,000 will remain. 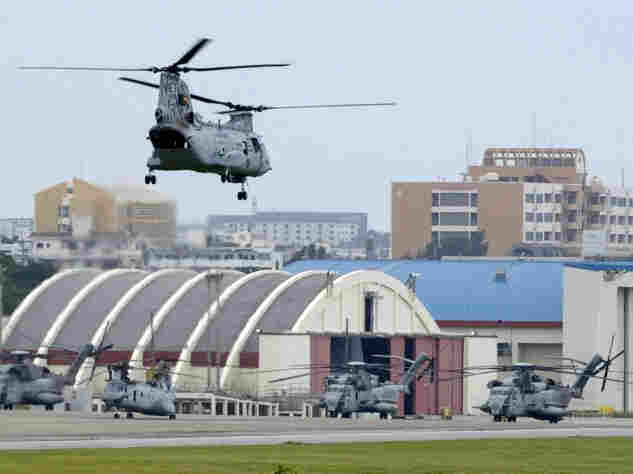 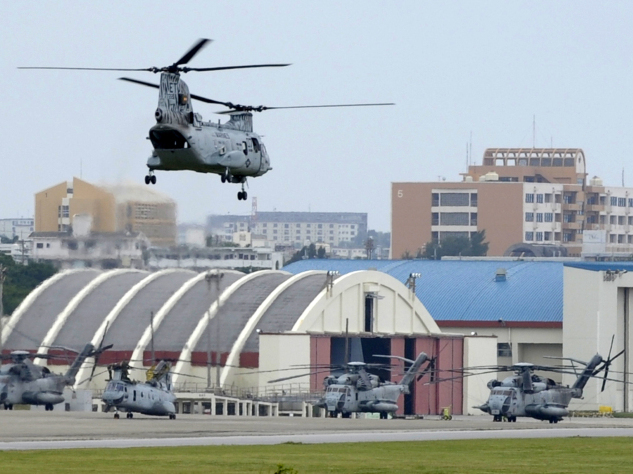 The news overnight that the U.S. and Japan have reached an agreement to move about 9,000 U.S. Marines off the island of Okinawa means that slightly more than half of the Marines who have been stationed there will be heading to Guam and other places in the Pacific.

According to U.S. officials who last night briefed reporters about the agreement, approximately 10,000 Marines will remain on Okinawa.

As Reuters reports, "the new plan, unveiled days before Japanese Prime Minister Yoshihiko Noda meets President Barack Obama in Washington, helps the allies work around the central but still-unresolved dispute over moving the Futenma air base from a crowded part of Okinawa to a new site that has vexed relations for years."

According to The Associated Press, "between 4,700 and 5,000 Marines will relocate from Okinawa to Guam ... the remainder of the 9,000 who are to relocate from Okinawa will move to Hawaii or be part of a rotational presence in Australia and elsewhere in the region." A timetable has yet to be established. Japan has agreed to pay about $3.1 billion of the estimated $8.6 billion cost.