Accessibility links
Almost One Year After Bin Laden's Death, Pakistan Deports His Family : The Two-Way Next Wednesday marks one year since U.S. Navy SEALs raided Osama bin Laden's compound in Abbottabad, Pakistan, and killed the al-Qaida leader. His three wives, children and grandchildren have been sent to Saudi Arabia. 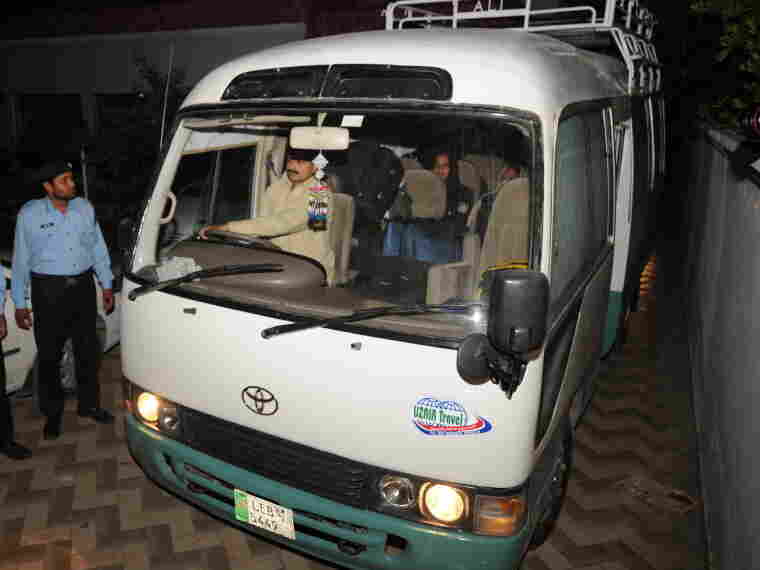 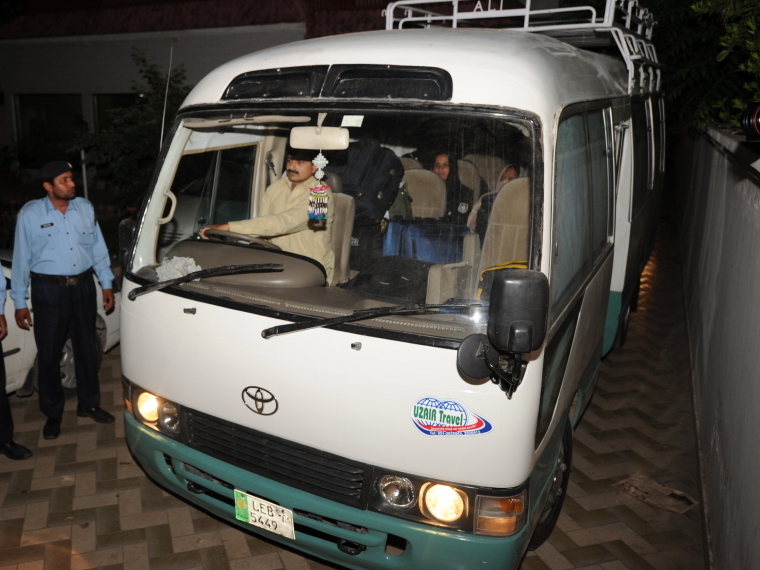 In the pre-dawn hours today in Islamabad, Pakistani authorities put bin Laden's three wives and 11 other members of his family on a bus and drove them to the international airport for a flight to Saudi Arabia.

"A statement from [Pakistan's] Interior Ministry said 14 members of the bin Laden family had been deported to the 'country of their choice, Saudi Arabia.' Few details have been released about the family, but officials have said bin Laden had three wives, at least eight children and some grandchildren living with him in the house when it was raided by the Americans."

As we reported in March, one of bin Laden's wives is said to have told Pakistani investigators that he used at least five safe houses and fathered four children in the nearly 10 years from the Sept. 11, 2001, attacks to his death.

Meanwhile, the AP says that U.S. law enforcement and intelligence officials say "there is no indication of any credible or specific threat" from terrorist groups related to the anniversary of bin Laden's death, "but they're urging law enforcement to be on the watch."