Accessibility links
LIVE: Can You Dig It? Introducing NPR's Official AntCam : The Two-Way 60 harvester ants begin their journey at NPR HQ. And you can watch it live.

LIVE: Can You Dig It? Introducing NPR's Official AntCam

LIVE: Can You Dig It? Introducing NPR's Official AntCam

We've written about the Decorah Eagle Cam and about the Jewel bear cam.

Well, we've decided to give back to the Internet and today we launched NPR's Official AntCam:

The ant farm is at NPR's Washington headquarters — on the third-floor News Desk, if you must know — and it was very generously provided by NPR's Homepage Editor Laurel Dalrymple, who hasn't had much luck keeping these poor insects alive at her own home.

But the truth is: We all just found this farm mesmerizing. It's lit by LED lights and instead of sand the ants are working to build a colony using a blue gel full of amino acids, sugars and fungicides to keep the ants alive.

That gel was developed by a group of Syracuse students and researchers at the University of Colorado working on a NASA experiment. It allowed the ants to dig and survive in a zero-gravity environment. National Geographic explains that after 19 delays, the experiment finally launched on-board the doomed Shuttle Columbia.

After the disaster, NatGeo followed up saying the students didn't give up.

If all goes as planned, the 60 harvester ants — all female — will create something unique and beautiful before long. We'll leave the cam up and let you monitor the progress along with us.

Update at 8 a.m. ET, April 30: As you can see from this photo, we're a very high-tech operation. The camera is taped to a stack of books. The ant farm is taped to ledge of an editor's cubicle. 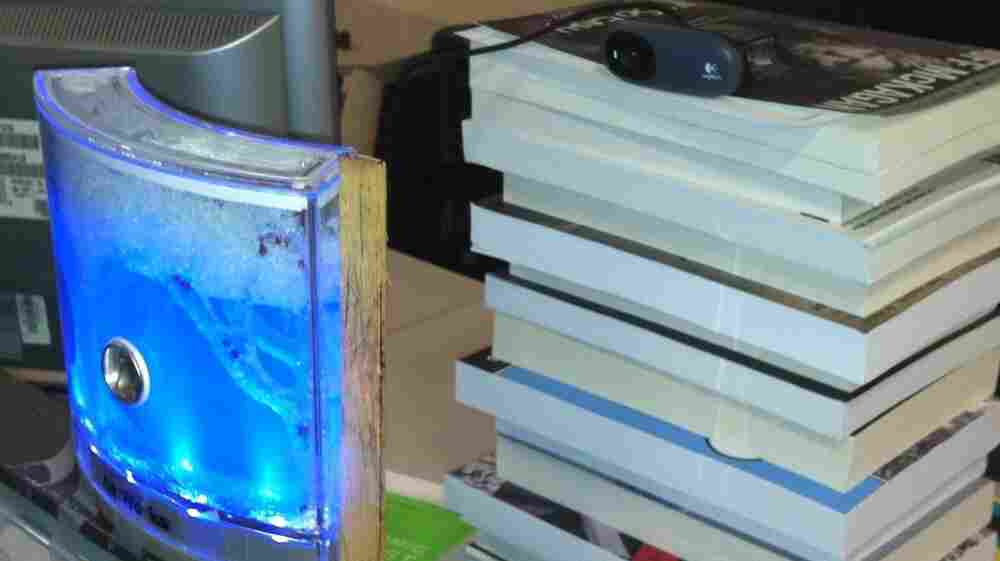 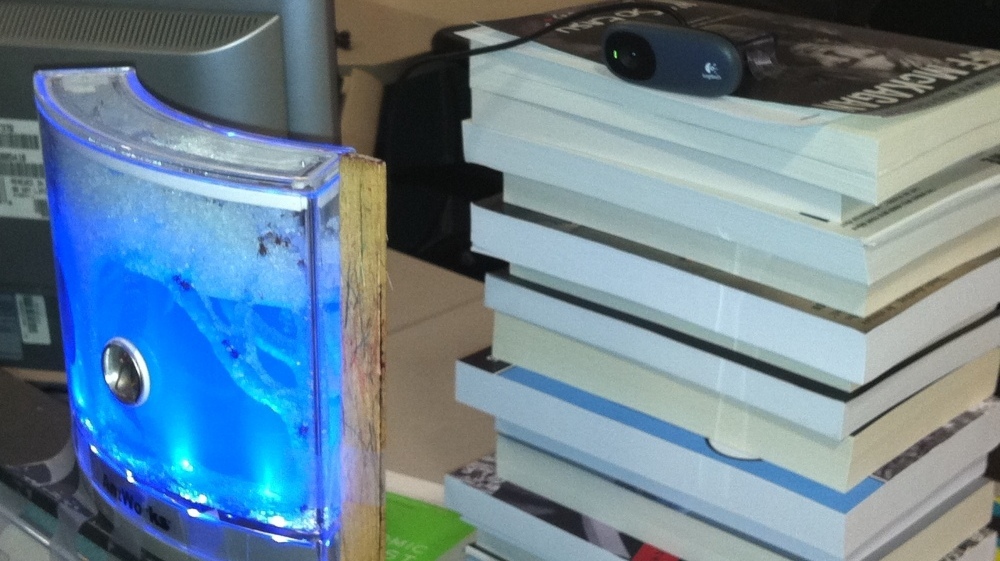