Accessibility links
Afghan Soldiers' Attacks On U.S. Troops Not Being Fully Reported, AP Finds : The Two-Way There's been a policy of only reporting attacks that cause coalition fatalities, the wire service reports. So incidents that end with injuries or with only the attackers dead have not been reported. 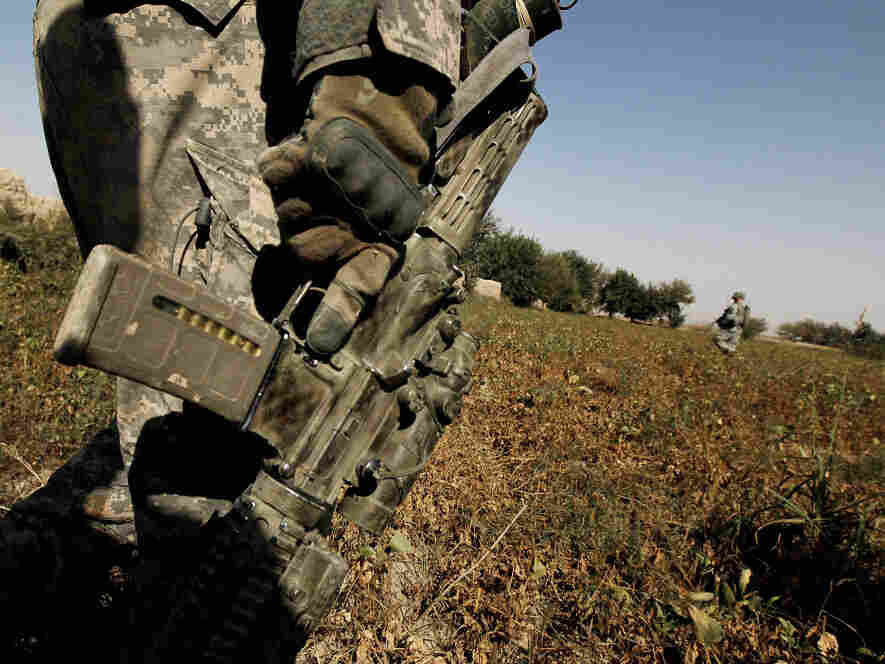 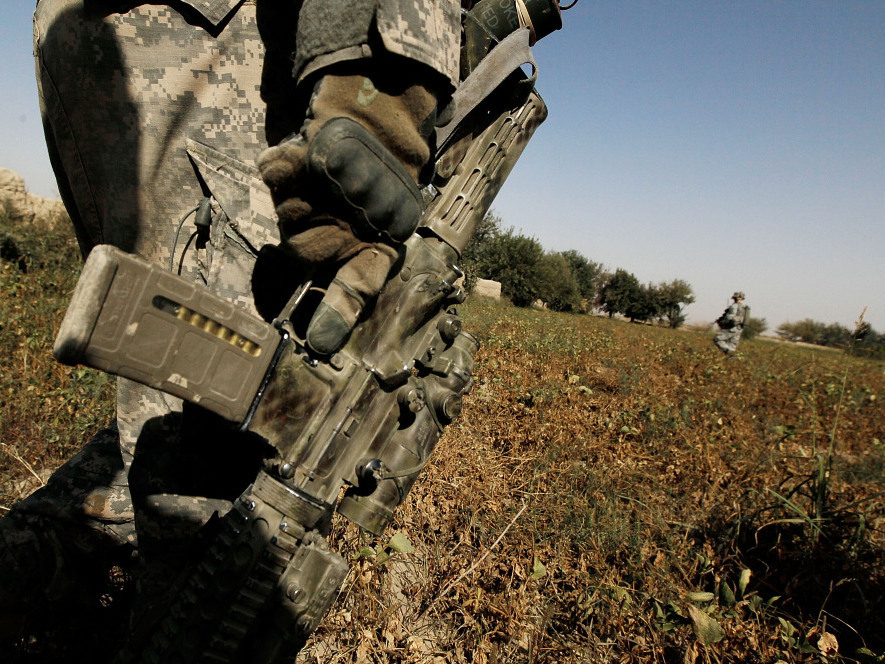 An Associated Press investigation has concluded that the U.S. military and its allies in Afghanistan have been "under-reporting the number of times that Afghan soldiers and police open fire on American and other foreign troops."

"The U.S.-led coalition routinely reports each time an American or other foreign soldier is killed by an Afghan in uniform. But the AP has learned it does not report insider attacks in which the Afghan wounds — or misses — his U.S. or allied target. It also doesn't report the wounding of troops who were attacked alongside those who were killed."

This year alone, AP says, "in addition to 10 fatal insider attacks ... there have been two others that resulted in no deaths or injuries, plus one attack that resulted in wounded, for a total of 13 attacks. The three non-fatal attacks had not previously been reported."

Coalition spokesman Jamie Graybeal tells the AP that incidents not involving fatalities and information about wounded personnel have not been reported because not all nations in the coalition have given their consent to do so.

As the AP notes, "the insider threat has existed for years but has grown more deadly. Last year there were 21 fatal attacks that killed 35 coalition service members, according to ISAF figures. That compares with 11 fatal attacks and 20 deaths the previous year. In 2007 and 2008 there were a combined total of four attacks and four deaths."

The Hill adds that there have been more than 40 so-called green-on-blue attacks "since 2007, the Pentagon told Congress at a hearing in February, although the department said the majority were the result of 'personal' issues, not infiltration by insurgent groups."