Accessibility links
Study: Less Religious Are More Motivated By Compassion Than Highly Religious : The Two-Way In experiments, the less religious were found to be more generous when faced with human suffering. 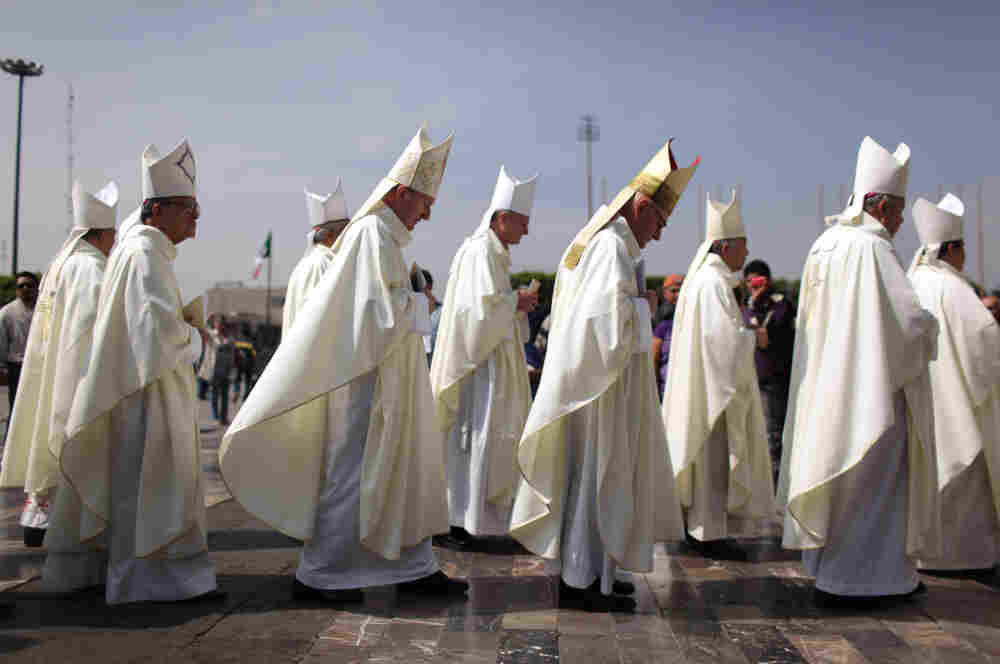 Priests stand prior to the beatification ceremony for the late sister Maria Ines Teresa Arias outside the Basilica of Our Lady of Guadalupe in Mexico City in April. Alexandre Meneghini/AP hide caption 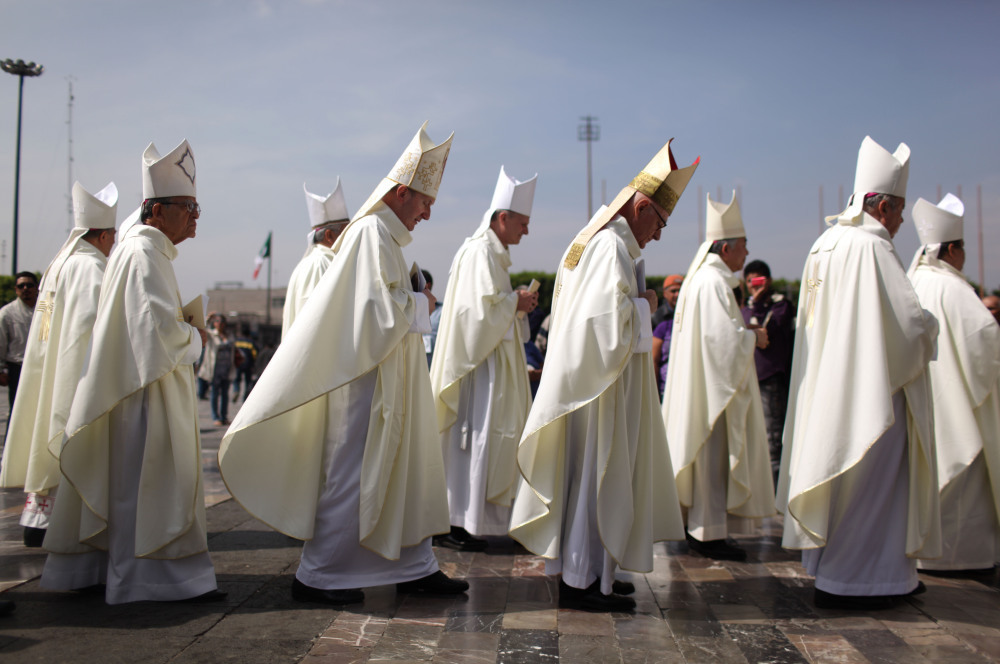 Priests stand prior to the beatification ceremony for the late sister Maria Ines Teresa Arias outside the Basilica of Our Lady of Guadalupe in Mexico City in April.

Are religious people more moved by compassion than those who described themselves as less religious or non-religious?

A group of scientists at the University of California, Berkeley set out to answer that question and what they found would surprise some: In three experiments, the social scientists found that the less religious were more generous when presented with situations that stimulated their compassion, which the scientists defined as "an emotion felt when people see the suffering of others which then motivates them to help, often at a personal risk or cost."

Here's how Berkeley sums up the study in its press release:

"The results challenge a widespread assumption that acts of generosity and charity are largely driven by feelings of empathy and compassion, researchers said. In the study, the link between compassion and generosity was found to be stronger for those who identified as being non-religious or less religious.

"'Overall, we find that for less religious people, the strength of their emotional connection to another person is critical to whether they will help that person or not,' said UC Berkeley social psychologist Robb Willer, a co-author of the study. 'The more religious, on the other hand, may ground their generosity less in emotion, and more in other factors such as doctrine, a communal identity, or reputational concerns.'"

So how did scientists test this? First they looked at survey of 1,300 Americans. That showed that the non-religious were more motivated by emotion to be generous.

Next, they tested it in the lab. In one experiment Americans were shown a neutral video and a "heartrending one." The participants were given "lab money," which they could donate after they watched each video.

"The least religious participants appeared to be motivated by the emotionally charged video to give more of their money to a stranger," the scientists found.

Those who reported feeling more compassionate and less religious, were also more generous in this experiment.

The findings are published in the latest edition of the journal Social Psychological and Personality Science.