Accessibility links
Bin Laden Documents Go Online, Show Frustration With Followers : The Two-Way West Point's Combating Terrorism Center says the "most compelling story" from the documents is the frustration shown by the al-Qaida leader with the terrorist network's affiliates.

Al-Qaida leader Osama bin Laden was frustrated with "regional jihadi groups and his seeming inability to exercise control over their actions" in the last few years before he was killed by U.S. Navy SEALs. 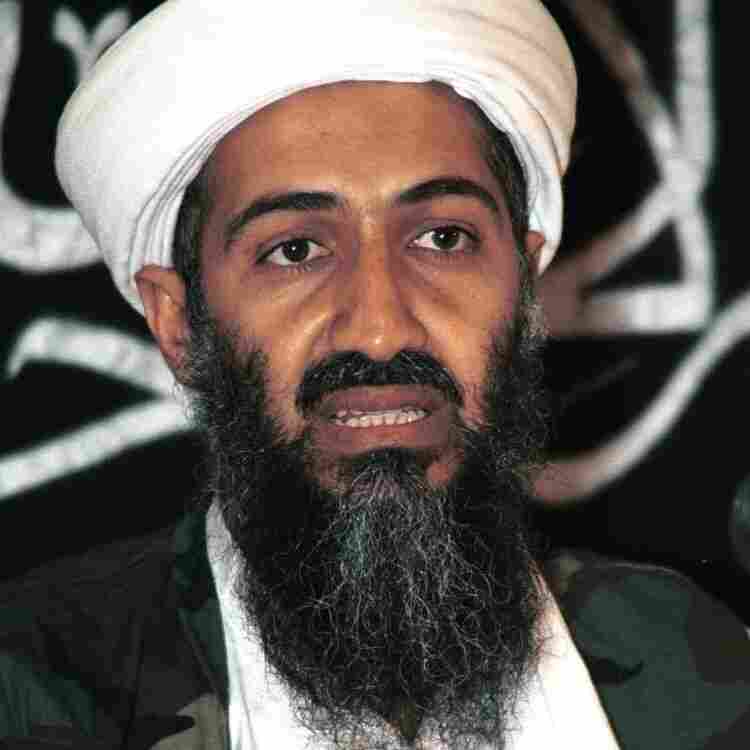 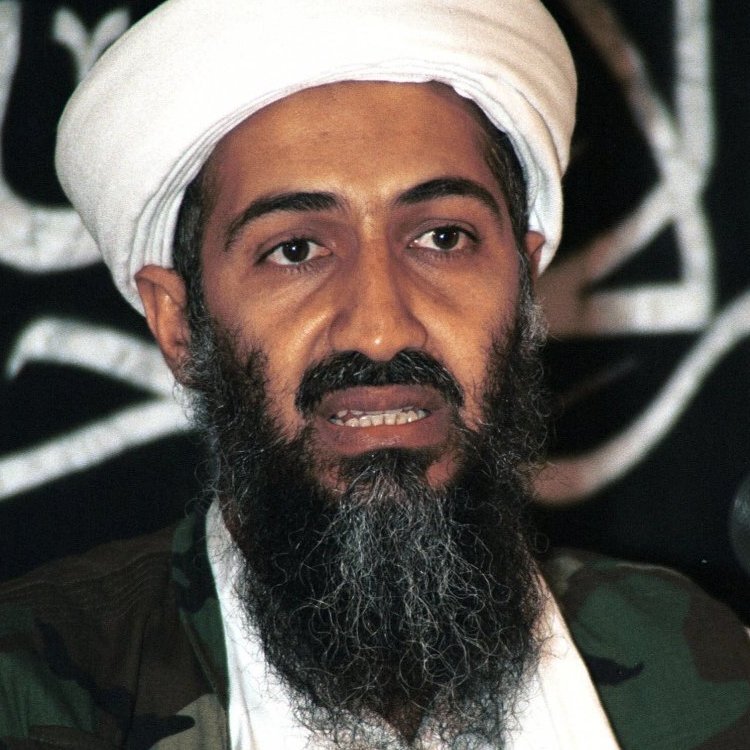 That's "the most compelling story to be told," according to an analysis of some documents seized from bin Laden's Pakistani compound in the May 2011 raid that ended with his death, West Point's Combating Terrorism Center reported today.

That center this morning posted online its analysis and a small selection from the 6,000 or so pages of material taken from bin Laden's compound. The 17 declassified documents (about 197 pages when translated into English) are messages composed from 2006 to 2011 by bin Laden as well as some of his lieutenants. Because they were put on electronic storage devices it can't be known for sure if the messages were ever delivered.

As we reported earlier, CNN's Peter Bergen, who reviewed several hundred of the documents while researching his book Manhunt: The Ten-Year Search for Bin Laden From 9/11 to Abbottabad, says they:

"Paint a portrait of a man who was simultaneously an inveterate micromanager but was also someone almost delusional in his belief that his organization could still force a change in American foreign policies in the Muslim world if only he could get another big attack organized inside the United States — something some of his subordinates were quite skeptical about given al-Qaida's diminished capabilities."

We're updating this post with highlights and materials. Be sure to click "refresh" to see our latest additions.

While bin Laden wrote in October 2010 that "anyone who looks at the enemies in NATO, especially America, will know that they are in big trouble," he also went into great detail in one message about steps "the brothers in Wasiristan [sic]" should take to protect themselves from drone missile attacks.

"I am leaning toward getting most of the brothers out of the area," he says. "We could leave the cars because they are targeting cars now, but if we leave them, they will start focusing on houses and that would increase casualties among women and children."

They only should move on cloudy days, bin Laden says.

In a document written in the spring of 2010, bin Laden insists that after the Sept. 11, 2001, attacks Muslims were "filled ... with sympathy toward their fellow Mujahidin, as it became patently clear that the Mujahidin are the vanguard and standard-bearers of the Islamic community in fighting the Crusader-Zionist alliance."

But, he added, "on the other hand, after the war expanded and the Mujahidin spread out into many regions, some of the brothers became totally absorbed in fighting our local enemies, and more mistakes have been made due to miscalculations by the brothers planning the operations." Those mistakes included the killing of Muslims, he says.

Al-Qaida, bin Laden says, is "in a new phase of assessing Jihad activities." And he says he has asked for plans to be made to attack aircraft carrying either President Obama or Gen. David Petraeus when they visit Afghanistan or Pakistan. Al-Qaida operatives "are not to target visits by US Vice President Biden, Secretary of Defense Gates, Joint Chiefs of Staff (Chairman) Mullen, or the Special Envoy to Pakistan and Afghanistan Holbrook [sic]. ... The reason for concentrating on them is that Obama is the head of infidelity and killing him automatically will make Biden take over the presidency for the remainder of the term, as it is the norm over there. Biden is totally unprepared for that post, which will lead the US into a crisis. As for Petraeus, he is the man of the hour in this last year of the war, and killing him would alter the war's path."

Update At 10:55 a.m. ET. ABC News Might Be "One Of The Best Channels" To Deliver Al-Qaida's Message:

A document written by Adam Gadahn, an American who has acted as a spokesman for al-Qaida, offers thoughts about whether bin Laden might want to issue a message on the 10th anniversary of the Sept. 11, 2011, terrorist attacks.

Gadahn gives his thoughts about the U.S. TV networks — Fox News "lacks neutrality," CNN "seems to be in cooperation with the government more than the others," MSNBC "may be good and neutral," and CBS' 60 Minutes has "a good reputation."

Then he gets to ABC, which Gadahn says "could be one of the best channels, as far as we are concerned. It is interested in al-Qa'ida issues, particularly the journalist Brian Ross, who is specialized in terrorism."

The author's identity isn't know, but one document shows concern about al-Qaida leaders that the terrorist network's name needed to be changed, NPR's Ahmed Al Omran notes. It was, the writer said, "a very important matter."

Shortening the name from "Qa'ida al-Jihad" to "al-Qa'ida":

"Reduces the feeling of Muslims that we belong to them, and allows the enemies to claim deceptively that they are not at war with Islam and Muslims, but they are at war with the organization of al-Qa'ida," the writer says.

The writer goes on to say "the name of an entity carries its message and represents it. Al-Qa'ida describes a military base with fighters without a reference to our broader mission to unify the nation."

He then goes on to suggest some new names for the network:

In one of the documents, a letter written by two al-Qaida lieutenants of bin Laden's to Hakimullah Mahsud, leader of Tehrik-e-Taliban Pakistan, the al-Qaida officials express their frustration over the Pakistani Taliban's killing of Muslims during its operations and other "clear legal and religious mistakes."

"We hope that you will take the necessary action to correct your actions and avoid these grave mistakes; otherwise we have to take decisive actions from our end," they warn.

The message "makes clear that al-Qaida's senior leaders had serious concerns about the TTP's trajectory inside Pakistan," the West Point center writes.

According to the center, the declassified material posted this morning comprises "17 documents consist of electronic letters or draft letters, totaling 175 pages in the original Arabic and 197 pages in the English translation." It has added a "document guide," which we have put here and will embed below. Just click on the title Documents Guide to pop up a larger version.

We've put a copy of the center's report here. And you can read it in the box below (our apologies if you're on a device that doesn't support this feature). Just click on the title Bin Laden Report to pop up a larger version.

Update at 9:26 a.m. ET. From The Report, Targeting Obama And Petraeus.

A few highlights from the center's report about the documents, which it calls Letters from Abottabad: Bin Laden Sidelined?

-- As has been reported previously, bin Laden wanted his followers "to target airplanes known to be carrying President Obama and/or General [David] Petraeus on their visits" to Afghanistan and Pakistan.

-- "He explained that the death of President Obama would see the 'utterly unprepared' Vice President Joe Biden automatically assume the presidency, which would cause the United States to enter into crisis mode, and 'the killing of Petraeus would have a serious impact on the course of the war,' as Bin Ladin considered him to be 'the man of this [critical] phase.' "

-- Bin Laden advised his followers to avoid attacks that put Muslims in harm's way and to "instead focus on the United States, 'our desired goal.' "

A pdf of the Combating Terrorism Center's report about the documents is now online here.

Right at 9 a.m., documents began showing up on the center's website — but clicks on English translations led to error messages. And now, we're not seeing any documents on the site.

But The Associated Press is writing that "in letters from his last hideout, Osama bin Laden fretted about dysfunction in his terrorist network and the loss of trust from Muslims he wished to incite against their government and the West."