Accessibility links
Junior Seau's Family OKs Having His Brain Studied, 'L.A. Times' Reports : The Two-Way Research could determine whether he suffered from brain disease. At least two other former players who also committed suicide recently had that problem and it's thought that injuries suffered during their careers caused the diseases. 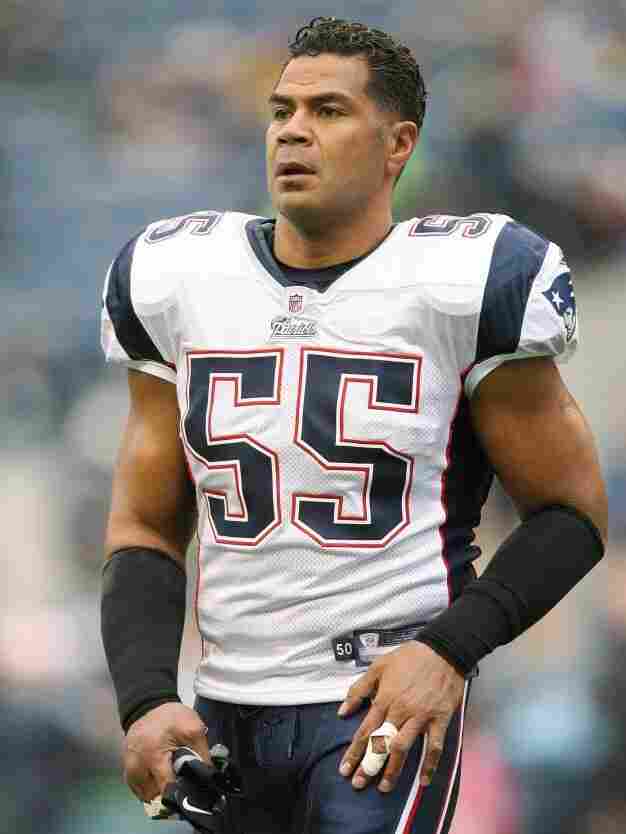 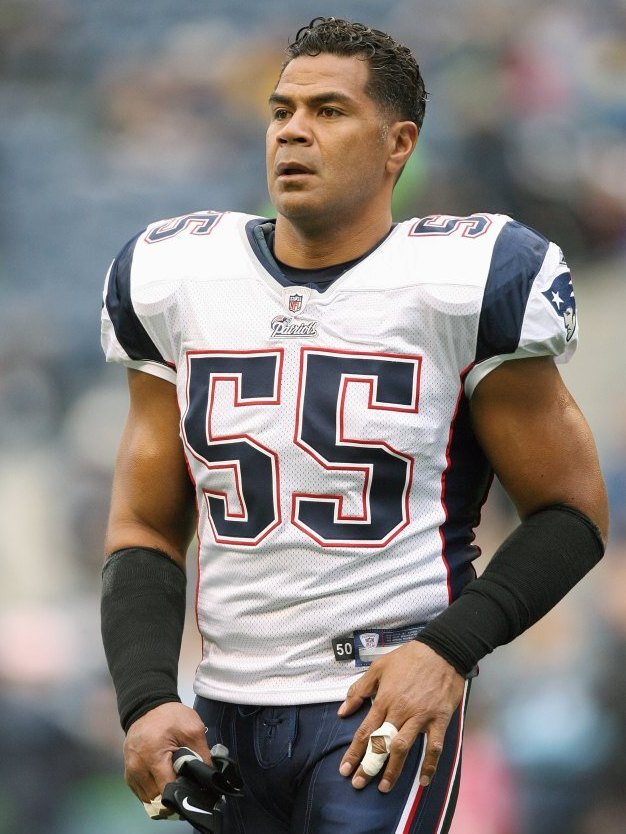 Junior Seau in 2008, when he played for the New England Patriots.

As soon as it was learned on Wednesday that former NFL star Junior Seau had killed himself, there was speculation about whether he may have suffered brain injuries during his career that in turn led to depression or dementia.

His apparent suicide was the third by a former NFL player since February 2011. First, former Chicago Bears safety Dave Duerson shot himself in the chest — after writing a note asking that his brain be studied for chronic traumatic encephalopathy — a disease linked to depression. Then last month, former Atlanta Falcon Ray Easterling shot himself in the head. He was part of a lawsuit against the NFL over head injuries and was suffering from dementia.

Seau, 43, was killed by a shot to the chest. His death has been ruled a suicide.

Researchers at Boston University confirmed last May that Duerson did indeed have chronic traumatic encephalopathy. Now, they're asking to be able to study Seau's brain. And, according to the Los Angeles Times, Seau's family has agreed to allow his brain to be studied. That word comes from San Diego Chargers chaplain Shawn Mitchell. Seau, a linebacker, spent most of his NFL career with that team.