Accessibility links
Americans Remain Split On Same-Sex Marriage, Gallup Poll Signals : The Two-Way While support has risen since the mid-1990s and opposition has declined, for the past two years the split has been close to 50-50. 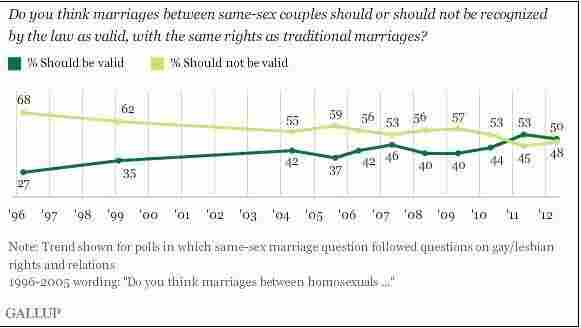 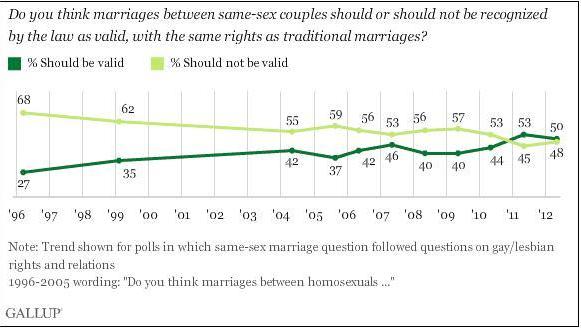 With same-sex marriage back in the news because of Vice President Biden's comment that he's "absolutely comfortable" with equal rights for partners in such relationships, the pollsters at Gallup are out with this report:

While there's been little change in the past two years, since Gallup began asking the question in the mid-1990s support for same-sex marriage has risen from 27 percent while opposition has fallen from 68 percent.

The May 3-6 national survey of 1,024 adults has a margin of error of +/- three percentage points on each result.