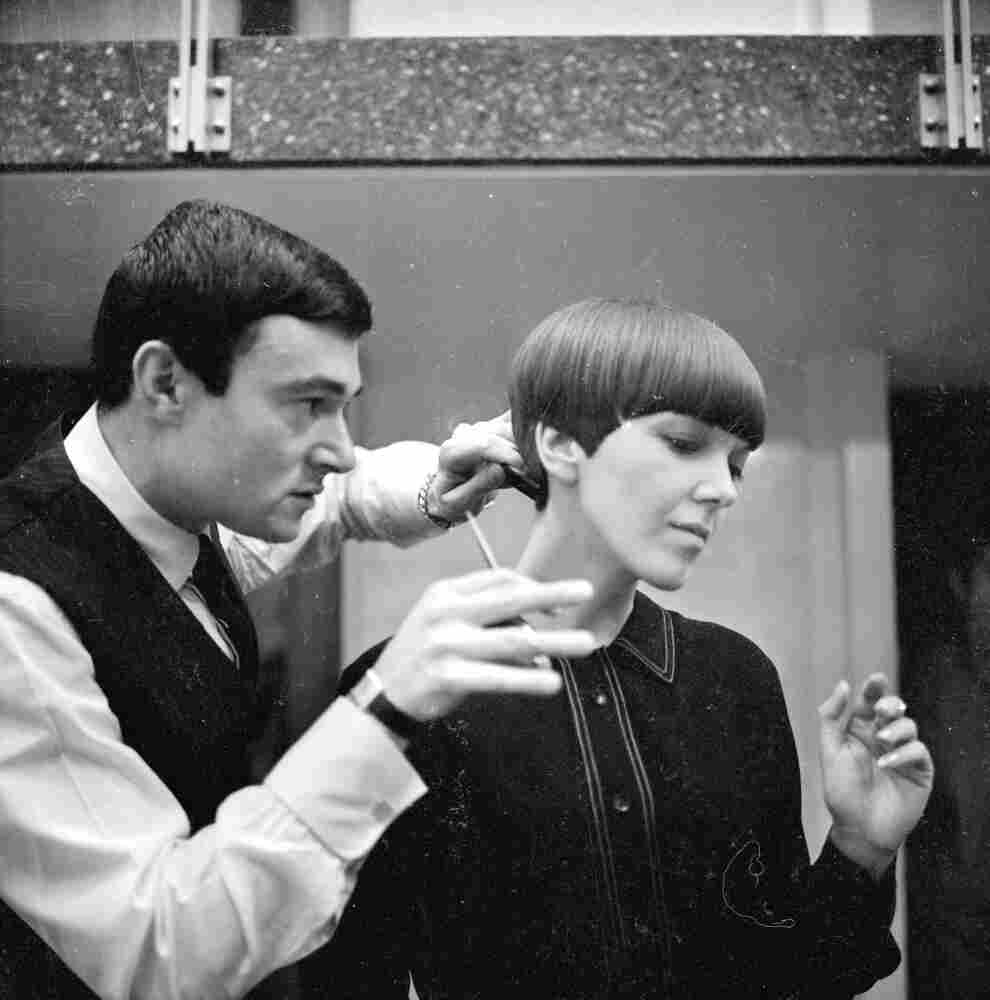 Clothes designer Mary Quant, one of the leading lights of the British fashion scene in the 1960's, having her hair cut by another fashion icon, hairdresser Vidal Sassoon in 1964. Ronald Dumont/Getty Images hide caption 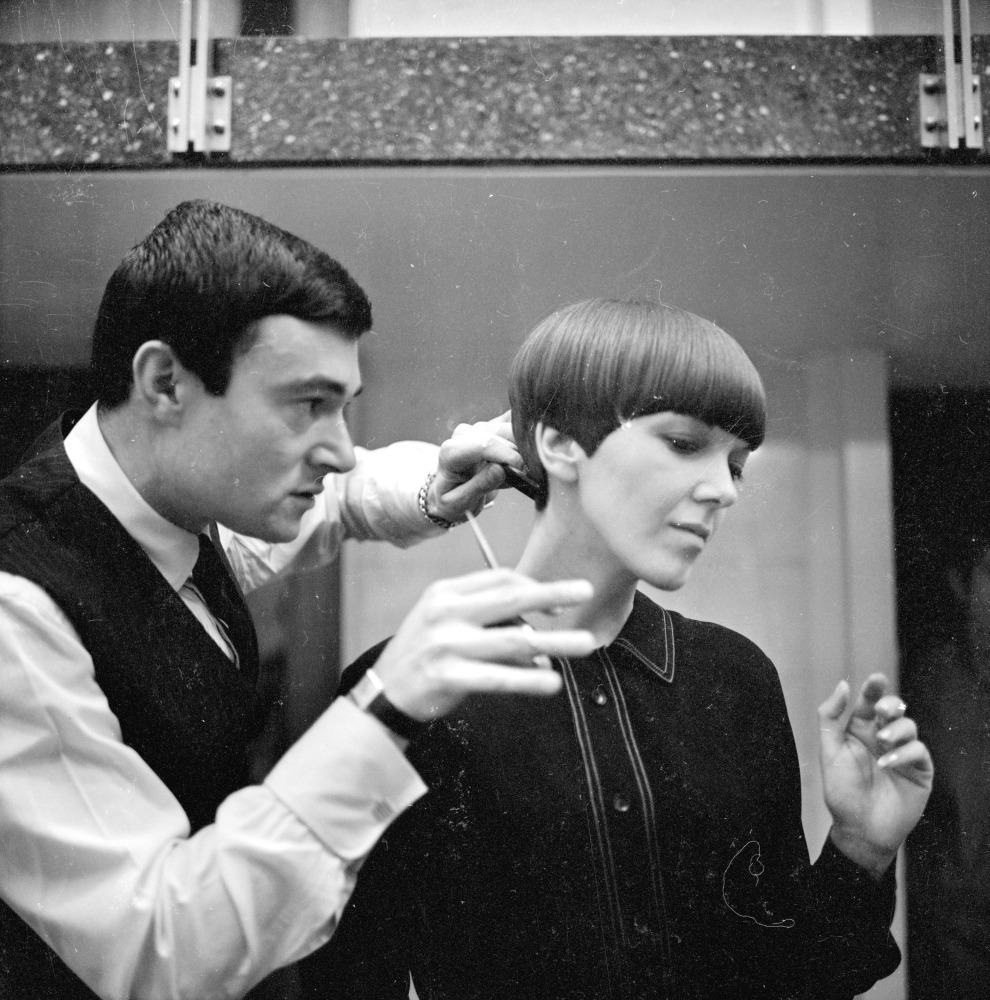 Clothes designer Mary Quant, one of the leading lights of the British fashion scene in the 1960's, having her hair cut by another fashion icon, hairdresser Vidal Sassoon in 1964.

Vidal Sassoon, who's hair styles and products are used by millions worldwide, has died. He was 84 and died of natural causes.

Sassoon started his career as a shampoo boy in the 1950s. As the AP reports, he became a hair styling icon when he freed women of 1950s hair in favor of a hair cut that needed little styling.

"When I first came into hair, women were coming in and you'd place a hat on their hair and you'd dress their hair around it," Sassoon told The Los Angeles Times. "We learned to put discipline in the haircuts by using actual geometry, actual architectural shapes and bone structure. The cut had to be perfect and layered beautifully, so that when a woman shook it, it just fell back in."

Of course, most people will recognize Sassoon's name because at one point or another, they've had his hair products in their homes.

"The hairdresser also established Vidal Sassoon Academies to teach aspiring stylists how to envision haircuts based on a client's bone structure. In 2006, there were academies in England, the United States and Canada, with additional locations planned in Germany and China.

"Sassoon's hair-care mantra: 'To sculpt a head of hair with scissors is an art form. It's in pursuit of art.'"

Fresh Air's February interview with Sassoon is worth a listen.