Accessibility links
Syrian Violence Spills Into Neighboring Lebanon : The Two-Way The fighting was between supporters of the Bashar Assad regime and supporters of the uprising. Five were killed and more than 100 were wounded on Monday in Lebanon's second-largest city. 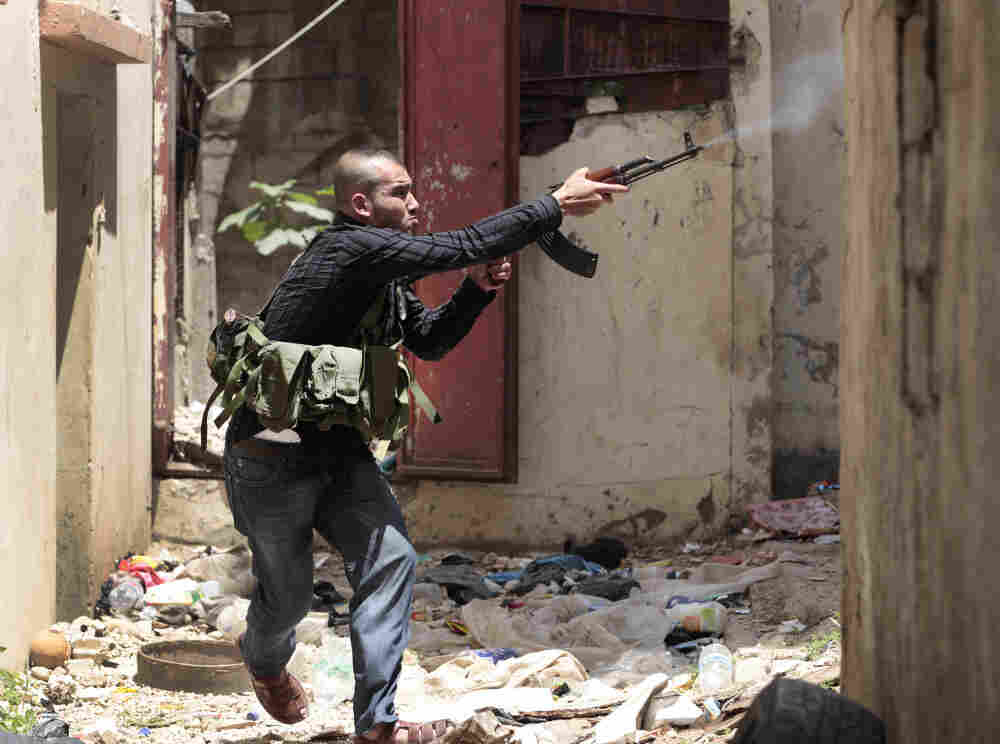 A Sunni gunman fires during clashes in the northern port city of Tripoli, Lebanon on Monday. Hussein Malla/AP hide caption 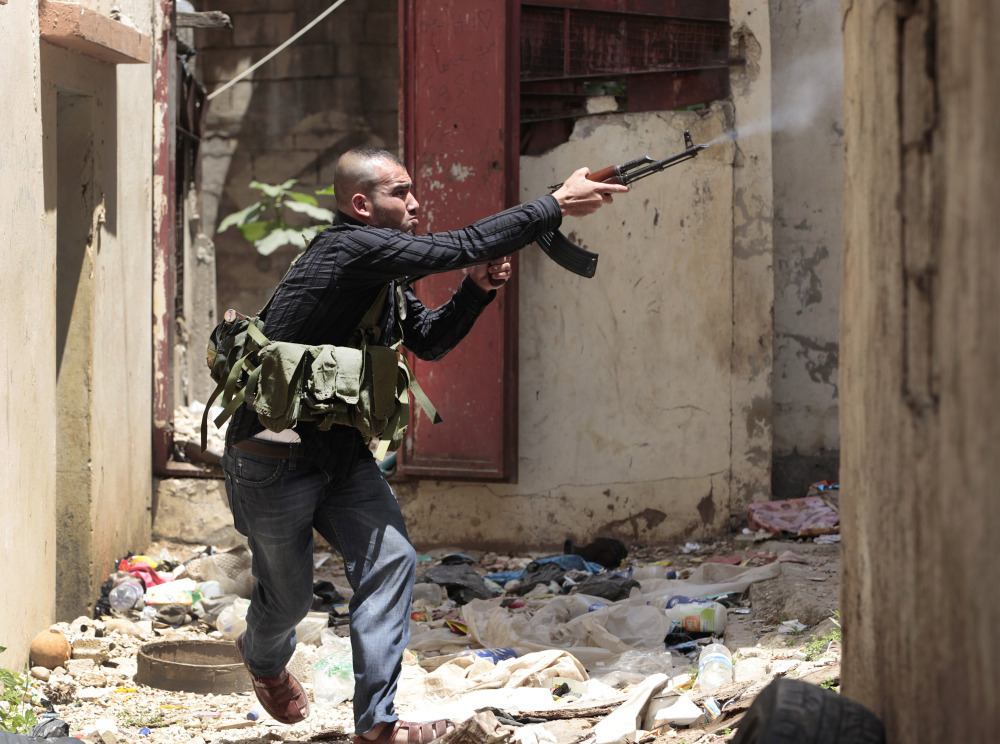 A Sunni gunman fires during clashes in the northern port city of Tripoli, Lebanon on Monday.

For a third day in a row, the violence of Syria spilled into the northern city of Tripoli in Lebanon.

The AP reports that the Alawites, who support the regime of Bashar Assad, and the Sunnis, who support the Syrian uprising, traded fire in Lebanon using assault rifles and rocket propelled grenades. Five people were killed and 100 were wounded in Lebanon's second-largest city.

"The recent clashes were sparked by the arrest of Lebanese national Shadi Mawlawi, an outspoken critic of Assad. The Sunni fighters say the root of the latest conflict in Tripoli is across the border.

"'Syria. It wants it this way. It wants to start a battle here so it can say, look, even in Lebanon the Sunnis are killing the Alawites,' said Mustafa Nashar, 35, whose family lives in an apartment overlooking Syria Street, which cuts through the overwhelmingly Sunni Bab al-Tabbani neighborhood."

Mawlawi, reports Reuters, will face a military trial for what the government said was "involvement with an unnamed terrorist organization."

Reuters adds that tensions started rising on Saturday and that three people were killed over the weekend.

"Islamist groups and officials were meeting in Tripoli on Monday to try to solve the crisis," Reuters adds.