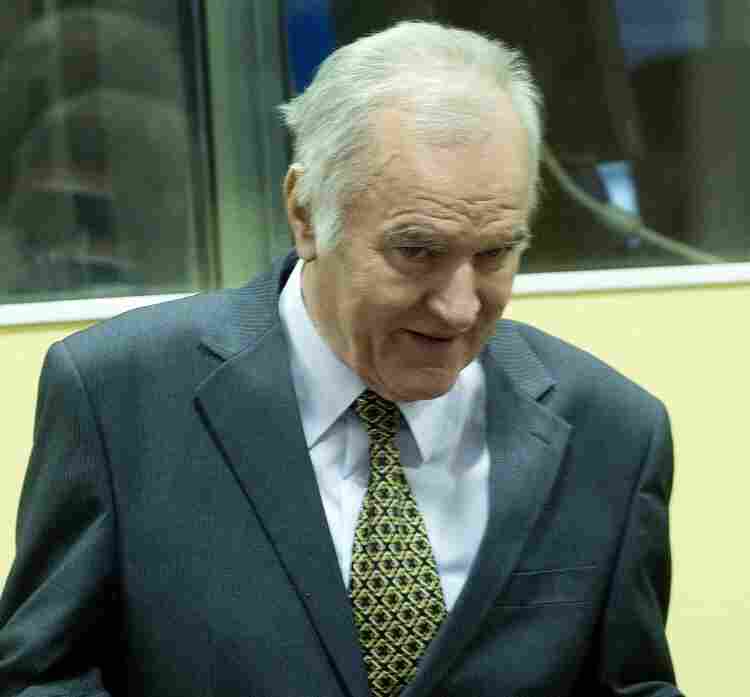 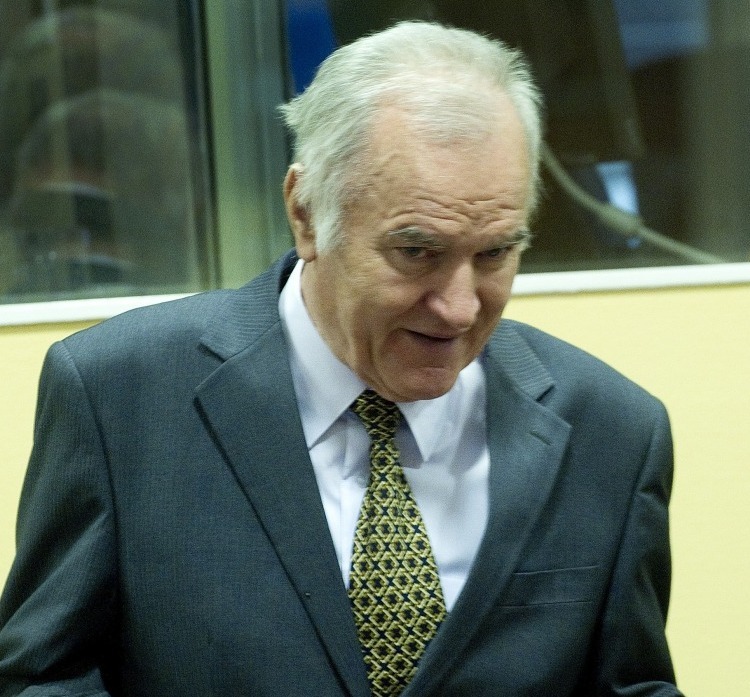 "Bosnian Serb Gen. Ratko Mladic taunted Srebrenica survivors on Wednesday at the start of his trial for genocide, running his hand across his throat in a gesture of defiance to relatives of the worst massacre in Europe since World War II," Reuters writes from The Hague.

The wire service says Mladic "made eye contact with one of the Muslim women in the audience, running a hand across his throat, in a gesture that led Presiding judge Alphons Orie to hold a brief recess and order an end to 'inappropriate interactions.' "

According to The Telegraph, "Mladic made throat-cutting gestures to Munira Subasic, a woman who lost 22 relatives to Bosnian Serb military forces when the enclave of Srebrenica was overrun in July 1995, as she watched the trial from the glassed off public gallery."

As The Associated Press recounts:

"The ailing 70-year-old Mladic's appearance at the U.N. court war crimes tribunal marked the end of a long wait for justice to survivors of the 1992-95 war that left some 100,000 people dead. The trial is also a landmark for the U.N. court and international justice — Mladic is the last suspect from the Bosnian war to go on trial here."