Accessibility links
Video Helps Acquit Student In First Occupy Wall Street Trial : The Two-Way The New York University student was accused of disorderly conduct, but the video showed him breaking no laws. In a twist, the student had actually been working on a project aimed at portraying police in a better light. 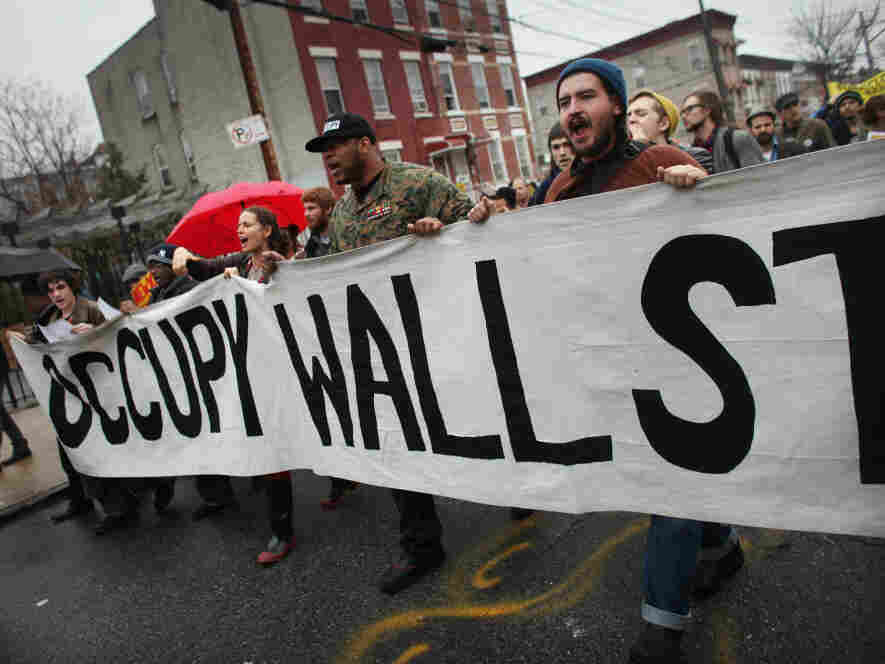 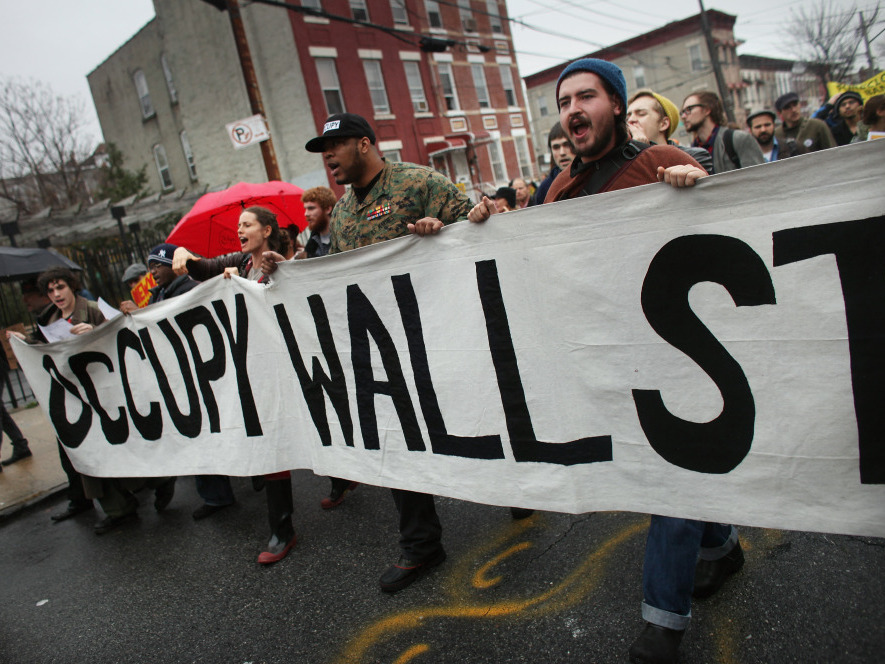 Occupy Wall Street protesters march through in an impoverished community in December 2011.

Alexander Arbuckle, the defendant in the first Occupy Wall Street case to go to trial, has been found not guilty after video of the incident he was involved in showed him breaking no laws. The Village Voice reports:

"The protesters, including Arbuckle, were in the street blocking traffic, Officer Elisheba Vera testified. The police, on the sidewalk, had to move in to make arrests to allow blocked traffic to move. But there was a problem with the police account: it bore no resemblance to photographs and videos taken that night."

In an ironic twist, Arbuckle was actually working on a New York University photojournalism project aimed at defending police officers working at Occupy protests when he was arrested and charged with disorderly conduct.

"I felt the police had been treated unfairly on [sic] the media," he said to the Village Voice. "All the focus was on the conflict and the worst instances of brutality and aggression, where most of the police I met down there were really professional and restrained."

Occupy videographer and indefatigable live-streamer Tim Pool's clip was used as evidence along with the NYPD's own video footage in the trial. The video shows protesters clearly using the sidewalk like they were asked to. (Watch the arrest around minute 35 of Pool's video.)

"What's happening is very similar to what happened in 2004 with the Republican National Convention," Arbuckle's lawyer told the Voice. "It's just a symptom of how the NYPD treats dissent. But what has changed is that there is more prevalence of video. It really makes our job a lot easier to have that video."

Pool, who has used an iPhone, solar-powered backpack and even a drone to stream Occupy protests, has been central to the movement's emphasis on transparency and constantly capturing the movement using new media tools. The Nation profiled the visibility efforts in March:

"By embracing transparency and pursuing maximum visibility, the protest on Wall Street provided, in the words of one activist, a 'virtual template for occupation' that inspired people around the world to follow suit. ...

"But Occupy's habit of obsessive self-documentation isn't just pragmatic—it's a matter of principle deeply woven into its DNA. 'Without a doubt, a founding principle of OWS is transparency,' says Carrie, a member of the Occupy Wall Street facilitation and minutes working groups (who asked that I not give her last name)."