It was just this February when Supreme Court Justice Stephen Breyer's West Indies vacation home was broken into by a machete-wielding robber who stole $1,000. No one was hurt. 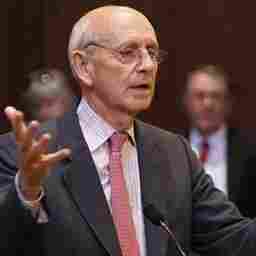 Now, the Washington Post reports that his D.C home was robbed of housewares:

"According to a police report, the burglar appears to have entered by breaking a pane of glass near the front door; a pair of $500 silver candlesticks and a 100-piece set of silver valued at $2,500 were taken. Arberg confirmed that no material from the court was missing. Gwyndolyn Crump, a spokeswoman for the D.C. police, said the investigation remains open."

Before this pair of Breyer incidents, the last time a justice was victim to a crime was 2004, when a group of young men assaulted Justice David Souter as he jogged on a city street, according to the AP.