A deal has been agreed to that will facilitate international monitors' effort to investigate whether Iran is trying to develop nuclear weapons, the head of the International Atomic Energy Agency told reporters in Vienna earlier today. 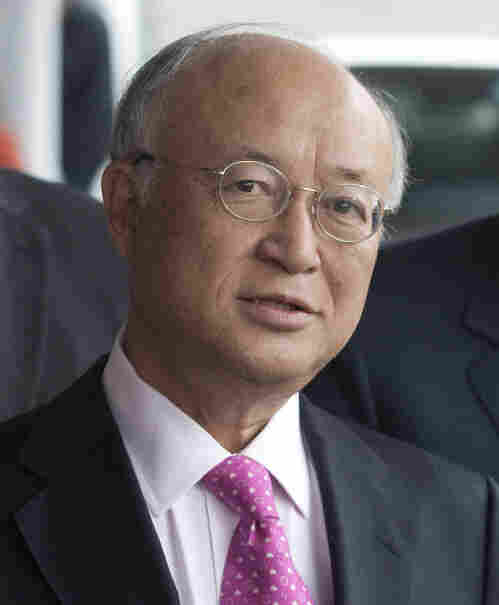 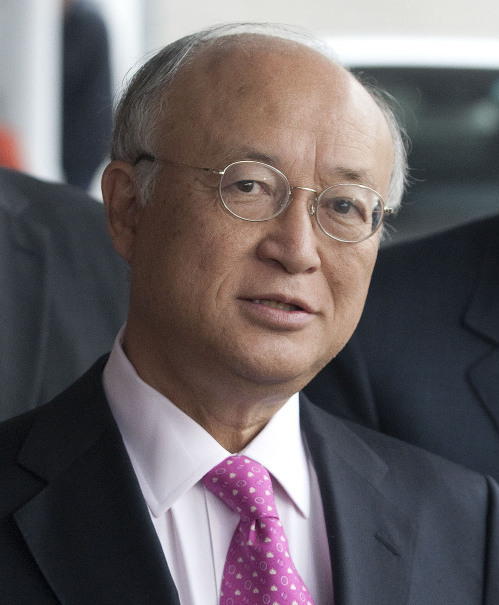 The Financial Times puts the news this way:

"Yukiya Amano, director-general of the International Atomic Energy Agency, said on Tuesday that he had reached a deal with Iran on investigating Tehran's suspected nuclear weapons program. The head of the U.N. body said a 'decision was made to conclude and sign the agreement. . . . I can say it will be signed quite soon.' "

As the Los Angeles Times adds, "inspectors have been trying to gain wider access to Iranian atomic facilities." And if this deal is finalized, it would be "the first time since 2007 that Iran, which says its nuclear work is for exclusively peaceful purposes, has accepted wider inspections."

The Financial Times' James Blitz, in an analysis of this news, says that Amano has "always taken a hard-headed approach towards Iran in the three years he has headed the United Nations nuclear watchdog. ... So if Mr. Amano says he is about to sign a deal with Iran under which the regime starts answering those questions that is significant. It suggests that Mr Amano believes Iran will genuinely start to co-operate with the IAEA for the first time in four years – possibly giving access to sites where western intelligence agencies believe weapons work has been done."

Reuters notes that Amano, who had just arrived in Vienna after talks with Iranian officials in Tehran, was "speaking on the eve of the Baghdad meeting where six powers will test Iranian willingness to put transparent limits on its nuclear program," and that "Amano said his wish for access to an Iranian military site where nuclear weapons-relevant tests may have occurred would be addressed as part of the accord."

But the wire service also says "the powers will be wary of past failures to carry out extra inspection deals between the International Atomic Energy Agency and Iran, and Western patience is wearing thin."

The six powers, known as the P5+1 are the five permanent members of the U.N. Security Council — China, France, Russia, the U.K. and the U.S. — and Germany.

Analysts say that if Iran has agreed to give IAEA inspectors access to its atomic facilities, that's a signal Iran may be prepared for serious negotiations, NPR's Peter Kenyon will report later today on All Things Considered.

"I think the chances for productive diplomacy are better than they have been probably for the past seven years," George Perkovich, director of the nuclear program at the Carnegie Endowment for International Peace, tells Peter.

Perkovich also says that economic sanctions imposed on Iran "have started to have a significant impact." And he thinks that "the Iranians have accomplished enough in the development of their nuclear capability that they might be able to say, 'okay, we've demonstrated a capability, let's make a deal.' "

Mark Fitzpatrick from the non-proliferation program at London's International Institute for Strategic Studies, tells Peter that the talks starting Wednesday might be able to produce three things:

-- A suspension by Iran of its program to produce 20 percent-enriched uranium, which is closer to weapons-grade than the 3 percent to 5 percent needed to produce nuclear energy.

-- An agreement on what to do with the 20 percent-enriched uranium Iran already has.

-- An agreement to stop work at the underground facility in Fordow, where the 20 percent enrichment has been taking place.

From Istanbul, NPR's Peter Kenyon tells our Newscast Desk that "the apparent breakthrough could raise hopes for further progress at Wednesday's talks. Issues likely to to come up at that meeting include Iran's stockpile of 20 percent-enriched uranium."