Accessibility links
Mexican Police Arrest 'El Loco' In Beheading Of 49 : The Two-Way Authorities say the man was ordered by top Zeta leaders to direct the beheading and mutilation of 49. The drug gang has vehemently denied involvement. 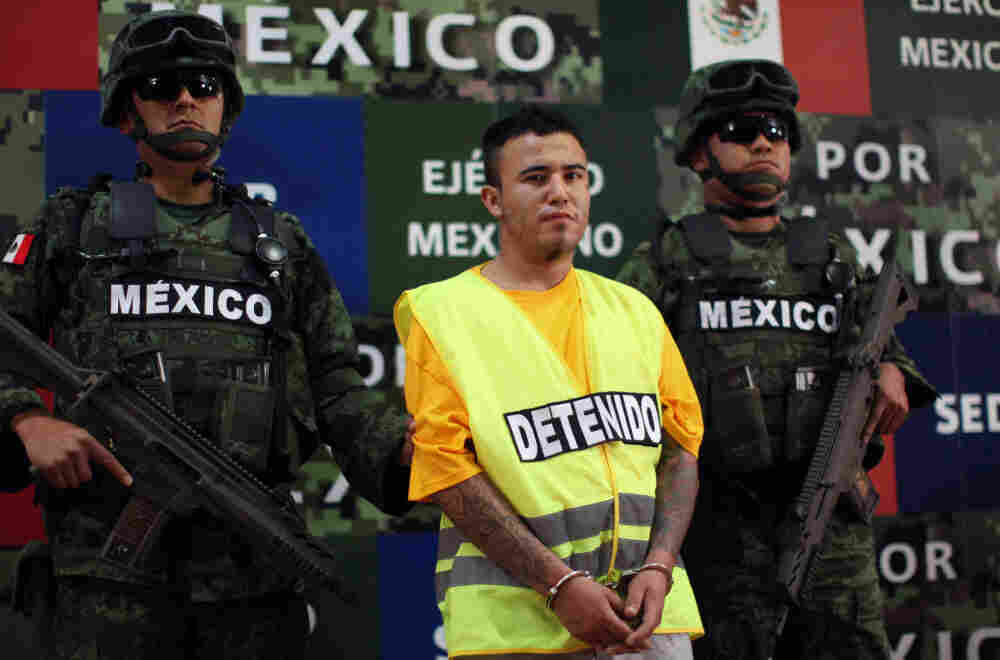 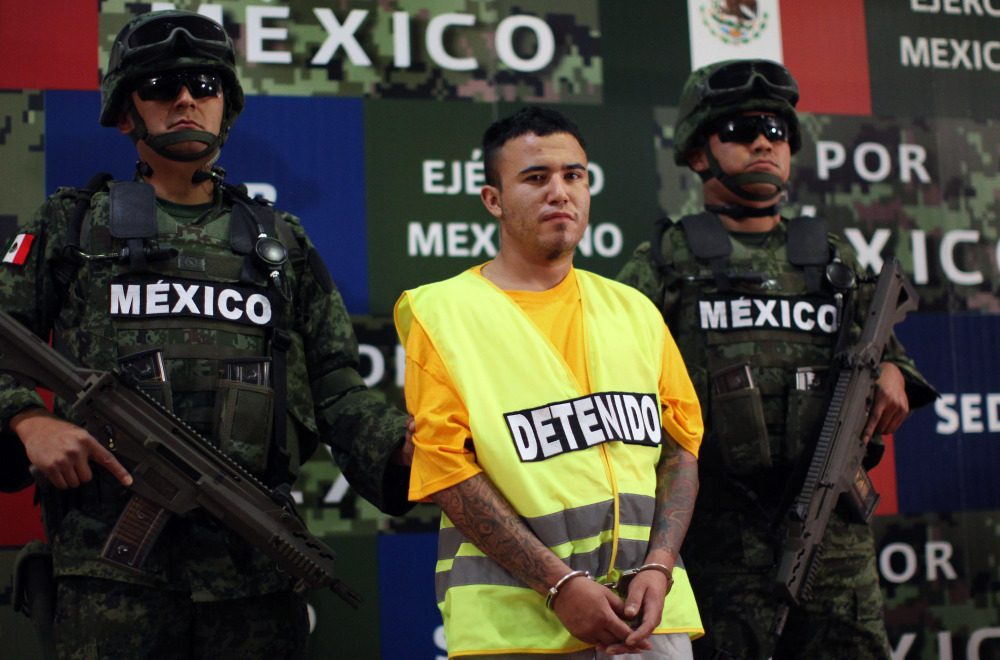 Army soldiers flank Daniel Ramírez, alias "El Loco," during his presentation to the media in Mexico City on Monday.

The Mexican military trotted out Daniel Jesus Elizondo Ramírez or "El Loco," yesterday, to face the media. They accused the Zeta leader of directing the mutilation and beheading of 49 people.

Earlier this month, the bodies were dumped at the entrance of the town of San Juan.

The AP reports that Ramírez was directed by the top Zeta leaders to dump the bodies and hang banners around the country that shunned responsibility.

"Brig. Gen. Edgar Luis Villegas said that Elizondo Ramírez, despite his nickname of 'El Loco,' or the Crazy One, apparently get nervous about dumping the hacked-up bodies in town and dumped them on a highway outside of Cadereyta instead. The bodies with their heads, hands and feet hacked off were found May 13.

"A video posted later on a Mexican web site that covers drug crimes showed gunmen in the dark dumping the bodies, and unfurling a banner claiming responsibility for the killings signed by the Zetas, who are locked in a battle with the rival Gulf and Sinaloa cartels. Villegas said another suspect who is still at large had made that videotape."

The Houston Chronicle reports that Ramírez was accompanied by 30 gunmen, so this arrest may not mark the end of the investigation.

In its editorial pages today, La Jornada, one of Mexico's largest dailies, questions the big splash made by parading Ramírez in front of cameras. Many other times, the paper says, the same thing has happened but eventually the supposed perpetrator is set free because of lack of evidence or corruption.

"It's likely these killings will continue," the editorial concludes, grimly.