Accessibility links
Wall Street Titans, Behaving Badly : The Two-Way The reputations of JPMorgan Chase, Morgan Stanley and Goldman Sachs have all been taken down a notch or two in recent months. The latest black eye came in the wake the flubbed Facebook IPO. 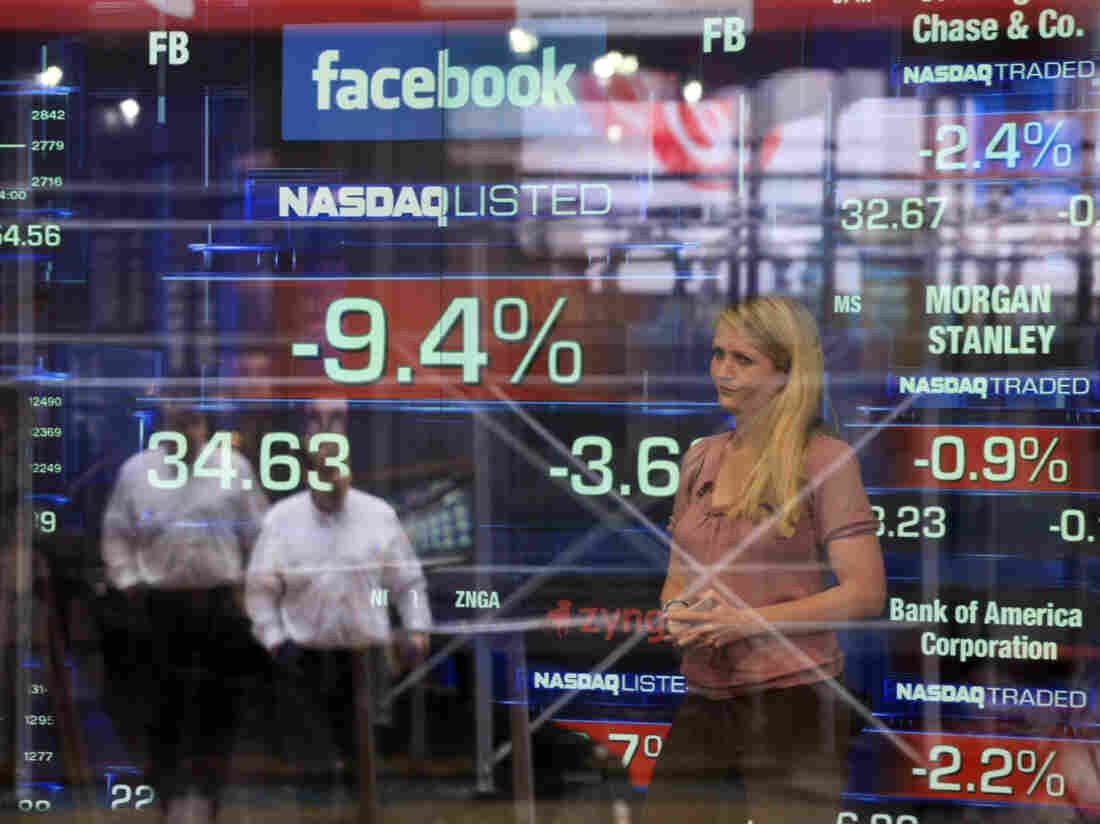 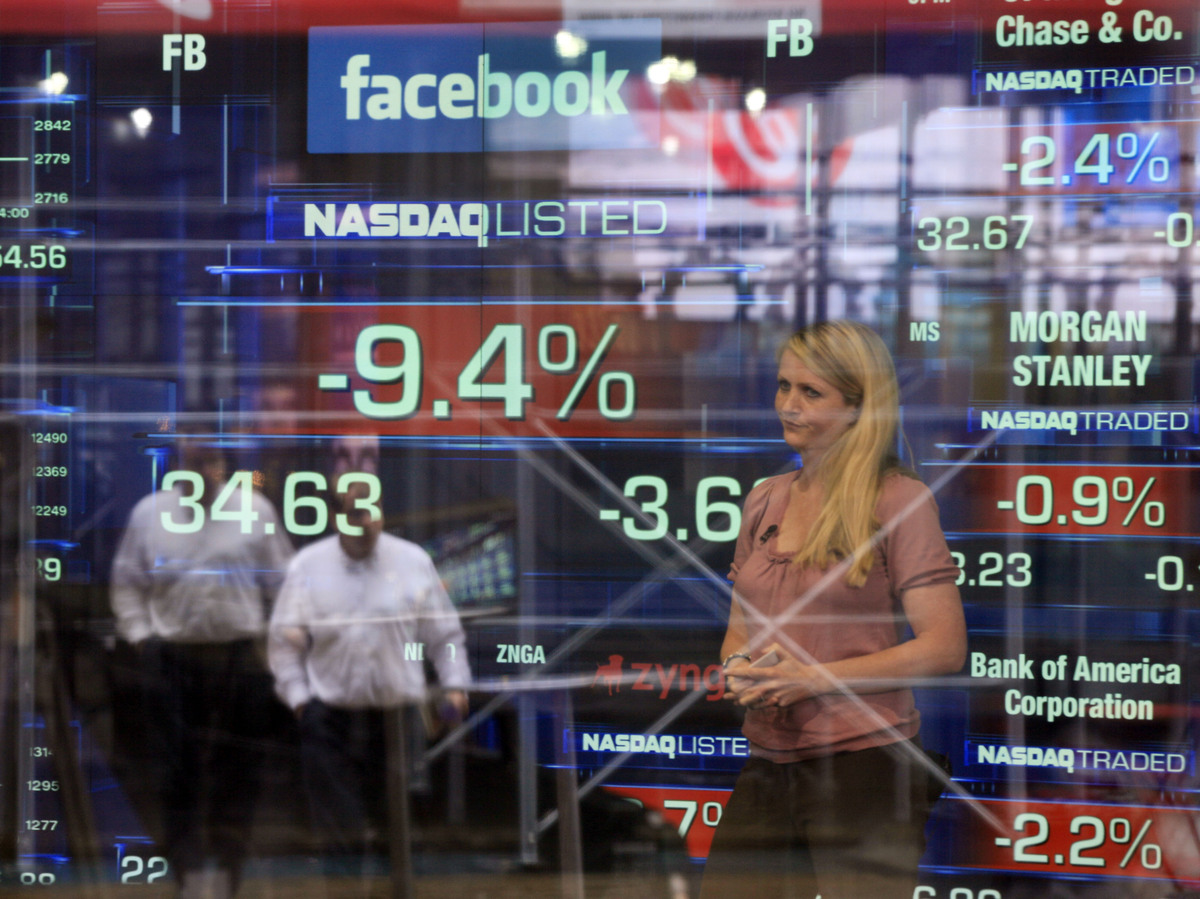 The pillars of Wall Street are shaking.

The reputations of JPMorgan Chase, Morgan Stanley and Goldman Sachs have all been taken down a notch or two in recent days and months. If you're keeping up, the latest black eye came in the wake of last week's flubbed Facebook IPO.

Regulators are looking into whether Morgan Stanley, the lead underwriter of the huge stock offering, told some clients of an analyst's lower revenue forecasts for Facebook weeks before the IPO. The information wasn't widely disclosed before the stock went public on Friday. And on Wednesday, a Los Angeles law firm filed a lawsuit "seeking class action status against Facebook and its underwriters alleging inadequate disclosure of key information," Reuters reports.

"... analysts at Morgan Stanley and another underwriter, Goldman Sachs Group Inc., had told clients earlier this month that they were reducing their earnings estimates for Facebook following a filing that said the company's ad-sales growth isn't keeping up with expansion of its user base. Morgan Stanley said the bank followed the same procedures for the Facebook offering that it follows for all IPOs.

"An official at Wall Street's self-regulator, Financial Industry Regulatory Authority, pledged to probe whether those communications, first reported by Reuters, gave some investors an unfair advantage."

Securities and Exchange Commission Chairman Mary Schapiro said Tuesday that her agency was also looking into the Facebook offering.

"I think there is a lot of reason to have confidence in our markets and in the integrity of how they operate, but there are issues that we need to look at specifically with respect to Facebook," she told reporters, according to Reuters, which broke the story about Morgan Stanley's lower estimates.

The Facebook IPO itself hit several bumps on Friday. The start of trading was delayed by a half-hour (but what seemed like an eternity) and order confirmations were delayed for hours.

"The Nasdaq Stock Market's failure to launch Facebook's initial public offering smoothly is the worst electronic trading failure since the May 2010 flash crash and is raising the ire of investors who feel sandbagged by the social-network's hyped IPO.

"By failing to open trading promptly, Nasdaq has damaged its self-styled reputation as the world's most technologically sophisticated exchange, while potentially creating a significant financial liability for parent company Nasdaq OMX."

The Facebook fiasco comes just days after JPMorgan Chase revealed it had lost $2 billion (and counting) in risky trades. JPMorgan CEO Jamie Dimon admitted there were "many errors, sloppiness and bag judgment." The disclosure prompted investigations by the SEC and the Commodity Futures Trading Commission — and hearings by the Senate Banking Committee.

And that episode came two months after Goldman Sachs executive Greg Smith's essay in The New York Times accusing the firm of having a money-is-everything culture that is "toxic and destructive." CEO Lloyd Blankfein and COO Gary Cohn reportedly fired back in a letter to Goldman Sachs employees, saying Smith's view "does not and should not represent our firm of more than 30,000 people."

Whatever happened to the days (long before Occupy Wall Street, the "flash crash," and the 2008 financial crisis) when Wall Street sold itself as a venerated institution that made America hum?

Remember the E.F. Hutton ads in the 1970s and '80s in which one guy would tell another guy, "My broker's E.F. Hutton, and E.F. Hutton says..." Everyone overhearing this nearby would suddenly drop what they were doing. Then the kicker: "When E.F. Hutton talks, people listen."

Or classic actor John Houseman's line in another commercial: "Smith Barney, they make money the old-fashioned way — they earn it."