Accessibility links
Tentative Deal Clears Way For U.S. Olympic Hosting Bid : The Two-Way A persistent revenue-sharing dispute is responsible, in part, for keeping the Olympics out of the United States for at least 20 years. 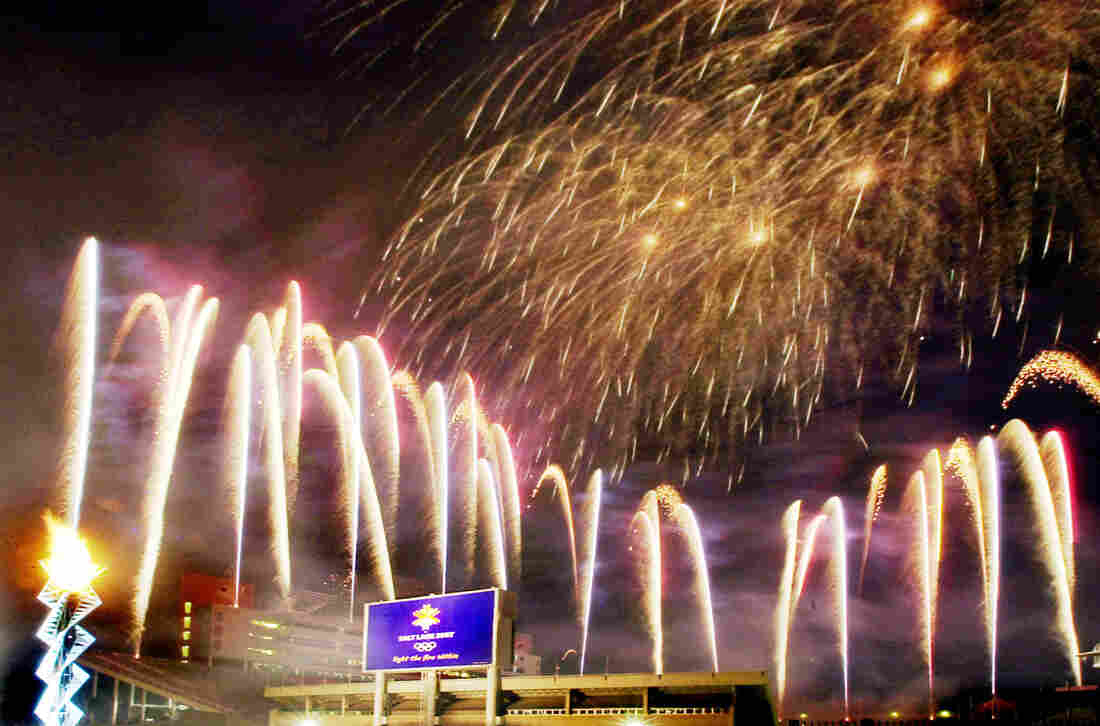 Fireworks fill the sky after the Olympic cauldron was lit on Feb. 8, 2003, marking the one year anniversary of the 2002 Winter Games at the opening and closing ceremony venue in Salt Lake City, the last American city to host the Olympics. Douglas C. Pizac /AP hide caption 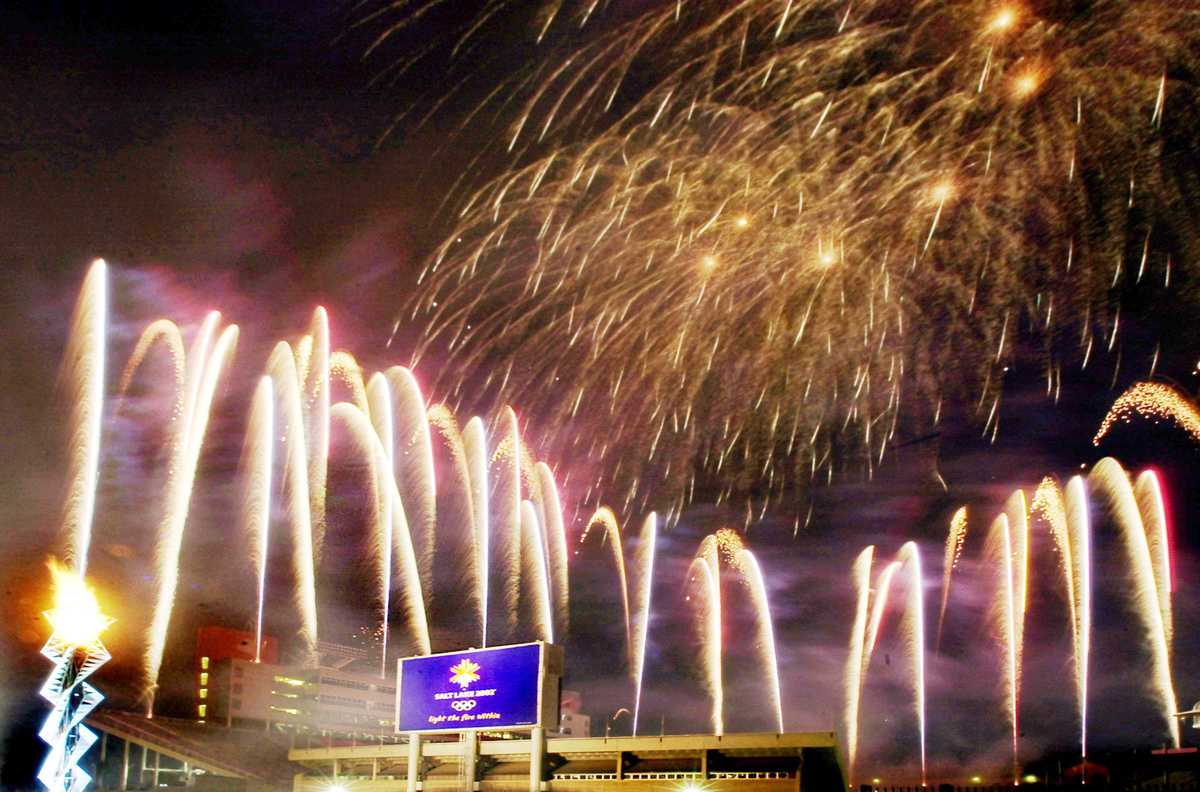 Fireworks fill the sky after the Olympic cauldron was lit on Feb. 8, 2003, marking the one year anniversary of the 2002 Winter Games at the opening and closing ceremony venue in Salt Lake City, the last American city to host the Olympics.

Olympic officials meeting in Quebec City have reached a tentative agreement in a persistent revenue-sharing dispute responsible, in part, for keeping the Olympics out of the United States for at least 20 years.

The dispute centers on the American share of Olympic revenues. Since 1984, The United States Olympic Committee (USOC) has received the biggest portion of the billions of Olympic dollars paid by corporate sponsors and American television networks. And the rest of the Olympic world has resented it.

The twin failures of New York and Chicago to bid successfully for the Olympics were blamed in part on the revenue-sharing dispute. USOC and International Olympic Committee (IOC) officials have been negotiating a new arrangement for two years and the USOC said there would be no future bids for the Olympics until the dispute was settled.

Now there's word out of Quebec City that a deal is ready and will be announced as early as Thursday. An Olympic official familiar with the agreement confirms for NPR the details first reported by Tripp Mickle of Sports Business Journal:

"The agreement guarantees the USOC approximately $410M per quadrennial, plus inflation and a percentage of revenue from new growth areas. The USOC also agreed to continue to contribute to the cost of future Olympic Games. The new terms cover the period from '20-40. Until then the parties will continue to abide by an agreement reached in '96 that gives the USOC 12.75% of U.S. broadcasting revenue and 16% of global marketing revenue."

Mickle reports that the new revenue-sharing percentages have yet to be disclosed.

IOC spokesman Mark Adams declined to discuss or confirm the tentative agreement, but told NPR "a deal is very close."

"It's good if we have an agreement because this has created difficulties in the relations with the USOC," Oswald told the AP. "It's a very important national Olympic committee. It would be very good if this question be resolved."

American corporations and television networks have generated the biggest share of Olympic revenues.

Karen Rosen of Aroundtherings.com, an independent news service focused on Olympic business and politics, reports from Quebec City that "talks were not scheduled to be held until 2013, but the USOC agreed to speed up negotiations when it realized that the issue was hurting its international relations efforts."

The last Olympics in the United States was the Salt Lake City Winter Games ten years ago. No American city will host any Olympics, winter or summer, for another ten years.

An agreement paves the way for a U.S. bid for the 2022 Winter Olympics. Salt Lake City, Denver, and Reno-Lake Tahoe have active committees exploring bids for the 2022 Games.

USOC spokesman Patrick Sandusky warns that "there is no deal until the respective boards vote." The IOC board is meeting in Quebec City and a USOC official who presumably has board authority to approve the arrangement is expected in Quebec City by Thursday.

Coincidentally, the IOC announced Wednesday that Istanbul, Tokyo and Madrid are finalists in the bidding for the 2020 Summer Olympics. Baku, Azerbaijan, and Doha, Qatar, were eliminated from the host city contest.