Accessibility links
Police Arrest Suspect In Killing Of Etan Patz : The Two-Way But news reports also say police have not been able to corroborate his story. Still, he may help solve the 33-year-old mystery. Patz's was one of the first missing children cases to gain national attention. 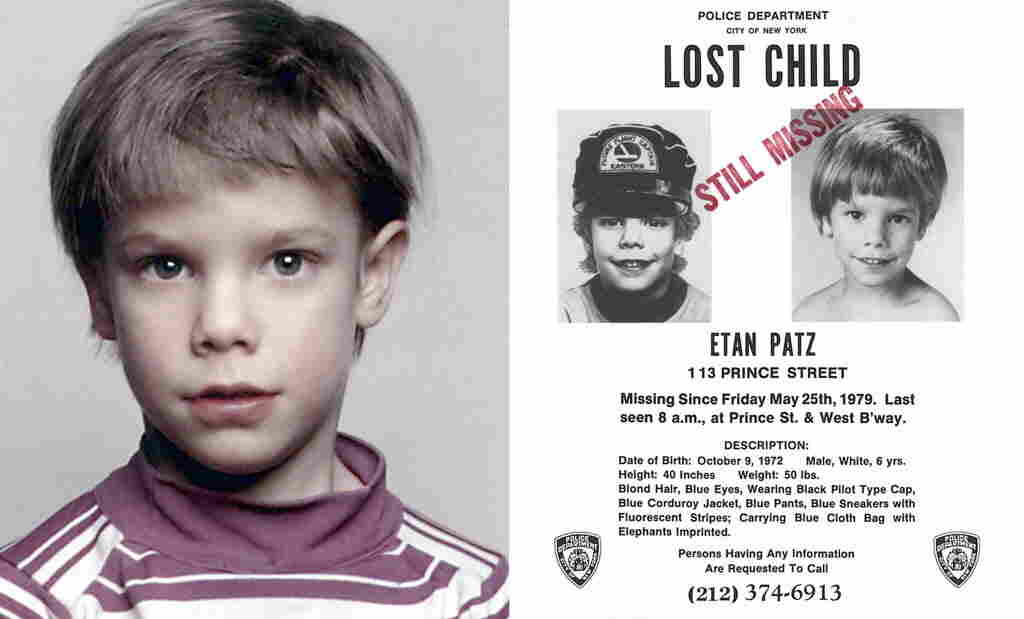 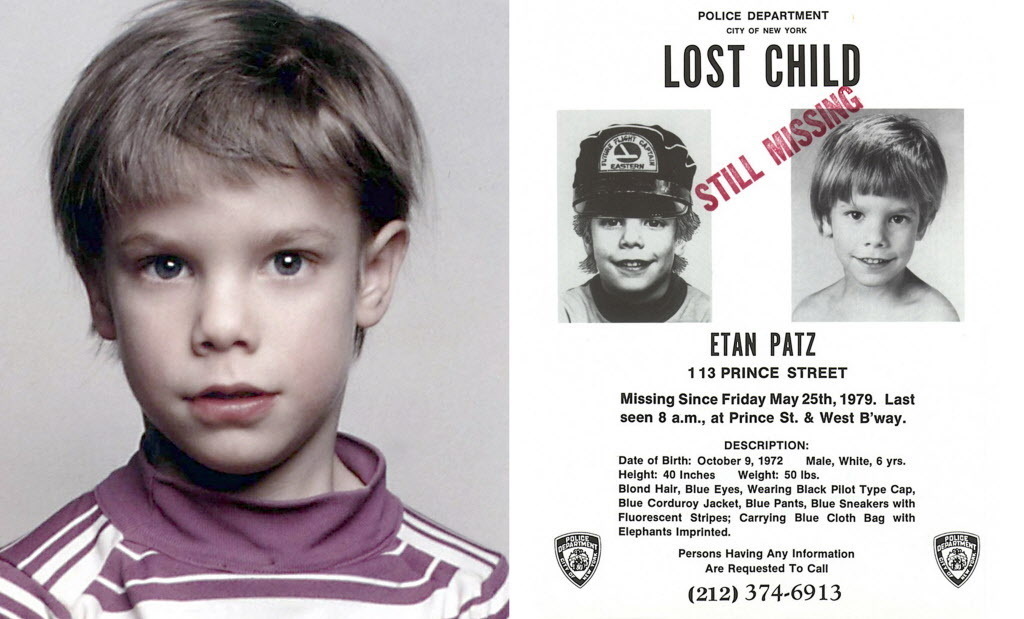 Etan Patz, and the "lost child" poster issued after his 1979 disappearance.

At a press conference in New York, Police Commissioner Raymond Kelly said police had arrested Pedro Hernandez in the killing of Etan Patz, the 6-year-old boy who disappeared as he was walking to school in 1979.

Officials say Hernandez, a former convenience store worker, confessed to police that he suffocated the boy, placing his body in a cardboard box. Etan's body has never been found.

Kelly said Hernandez also took police to the site where he contends the killing occurred.

"An individual now in custody has made statements to NYPD detectives implicating himself in the disappearance and death of Etan Patz 33 years ago. We expect to provide further details later today," New York City Police Commissioner Ray Kelly said in a statement released this morning, New York's Daily News reports.

But whether this person had any direct involvement in the 6-year-old boy's disappearance is unclear.

New York's WABC-TV says "the man, who was picked up by NYPD detectives Wednesday, is not considered a suspect. No charges are expected to be immediately filed."

According to NBC New York, "the man is known to investigators and not anyone new in the case law enforcement sources say. He worked and lived in Patz's neighborhood when the boy disappeared."

"On May 25, 1979, the first-grader was walking alone to his school bus stop for the first time ever — two, short blocks — when he disappeared. His body was never found. No one was ever criminally charged. The disappearance of Etan Patz transfixed the city — and well beyond. He was one of the first missing child cases to attract national attention."

In April this year, authorities ripped apart the basement of an apartment building in the hope of solving the mystery. They reportedly didn't find anything to help solve the case.

We'll watch today's developments and update with any news.

Update at 7:57 p.m. ET. Suspect Apparently Lured Etan With Promise Of A Soda:

Bob Hennelly of member station WNYC was at the police station for Police Commissioner Raymond Kelly's press conference Thursday night. He tells All Things Considered host Audie Cornish that the suspect, Pedro Hernandez, was evidently very cooperative with police and has no criminal record. He was 19 years old when Etan disappeared.

Hennelly says police found Hernandez's confession credible because of the specificity with which he described the crime.

"He lured the boy with a promise of a soda from the bodega," he says.

Hennelly tells Audie the arrest brings the community some sense of relief.

"[Etan] was the first child to be on a milk carton. He has stayed with the city ever since."

The New York Times is reporting that "a man in custody in Manhattan has confessed to strangling Etan Patz, the 6-year-old boy who vanished in SoHo on his way to school in 1979, wrapping his body in a bag and putting it in a box, a law enforcement official said on Thursday." He is identified as Pedro Hernandez, "who in 1979 worked at a bodega near where the boy disappeared."

The Times adds though, that it is "unclear whether investigators have been able to independently corroborate the account Mr. Hernandez provided."

Here's how The New York Times starts its report on this latest news:

"New York authorities are investigating the claims of a man who has told investigators that he had a role in the 1979 disappearance of Etan Patz, the 6-year-old boy who vanished in SoHo on his way to school and is believed to have been murdered, officials said on Thursday."