Accessibility links
What's In A Smile? Turns Out Computers Best Humans At Parsing What's Genuine : The Two-Way Researchers found that smiles are subtle and humans have a hard time reading them.

What's In A Smile? Turns Out Computers Best Humans At Parsing What's Genuine

What's In A Smile? Turns Out Computers Best Humans At Parsing What's Genuine

Did you know most people smile when they are frustrated?

Look at this picture: 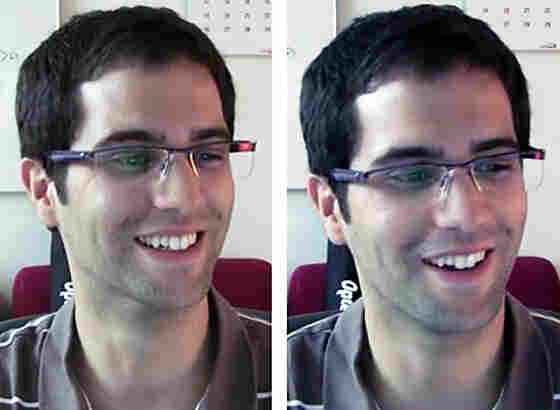 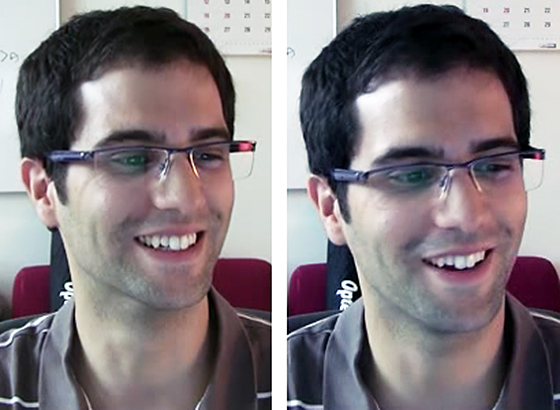 That's what Ehsan Hoque, a graduate student in the Affective Computing Group of MIT's Media Lab, reports in a paper published in the journal IEEE Transactions on Affective Computing. For the experiment Hoque put participants in two scenarios: They were shown a video of a cute baby or they were given a long form to fill out. When they pressed submit, all the information was lost.

In both scenarios, participants smiled and their reactions were recorded. The findings were surprising. Among them:

-- Humans were lousy at distinguishing the subtleties of smiles. Hoque found that computers fared better at distinguishing frustration from delight when fed an algorithm derived from the findings in the study.

-- The timing of a smile is crucial. MIT explains in its press release:

"While people may not know exactly what cues they are responding to, timing does have a lot to do with how people interpret expressions, he says. For example, former British prime minister Gordon Brown was widely seen as having a phony smile, largely because of the unnatural timing of his grin, Hoque says. Similarly, a campaign commercial for former presidential candidate Herman Cain featured a smile that developed so slowly — it took nine seconds to appear — that it was widely parodied, including a spoof by comedian Stephen Colbert. 'Getting the timing right is very crucial if you want to be perceived as sincere and genuine with your smiles,' Hoque says."

"A second differentiator is the muscle groups used in the smiles. The algorithm tracked movements made by different facial muscle groups. These were then quantified using the Facial Action Coding System — a tool developed in the 1970s which provides the foundation for most facial recognition systems. Feigned smiles tend to be made using the voluntary "zygomatic" major muscles which lift the corners of the mouth. Genuine smiles involve involuntary muscles that raise the cheeks and cause wrinkles around the eyes."

The study, the researchers said, could be useful in teaching people with Autism how to better read expressions.

If you want to know more, this video explains the study and its findings at length: